What next for the Building Bridges Initiative? The road to a referendum. 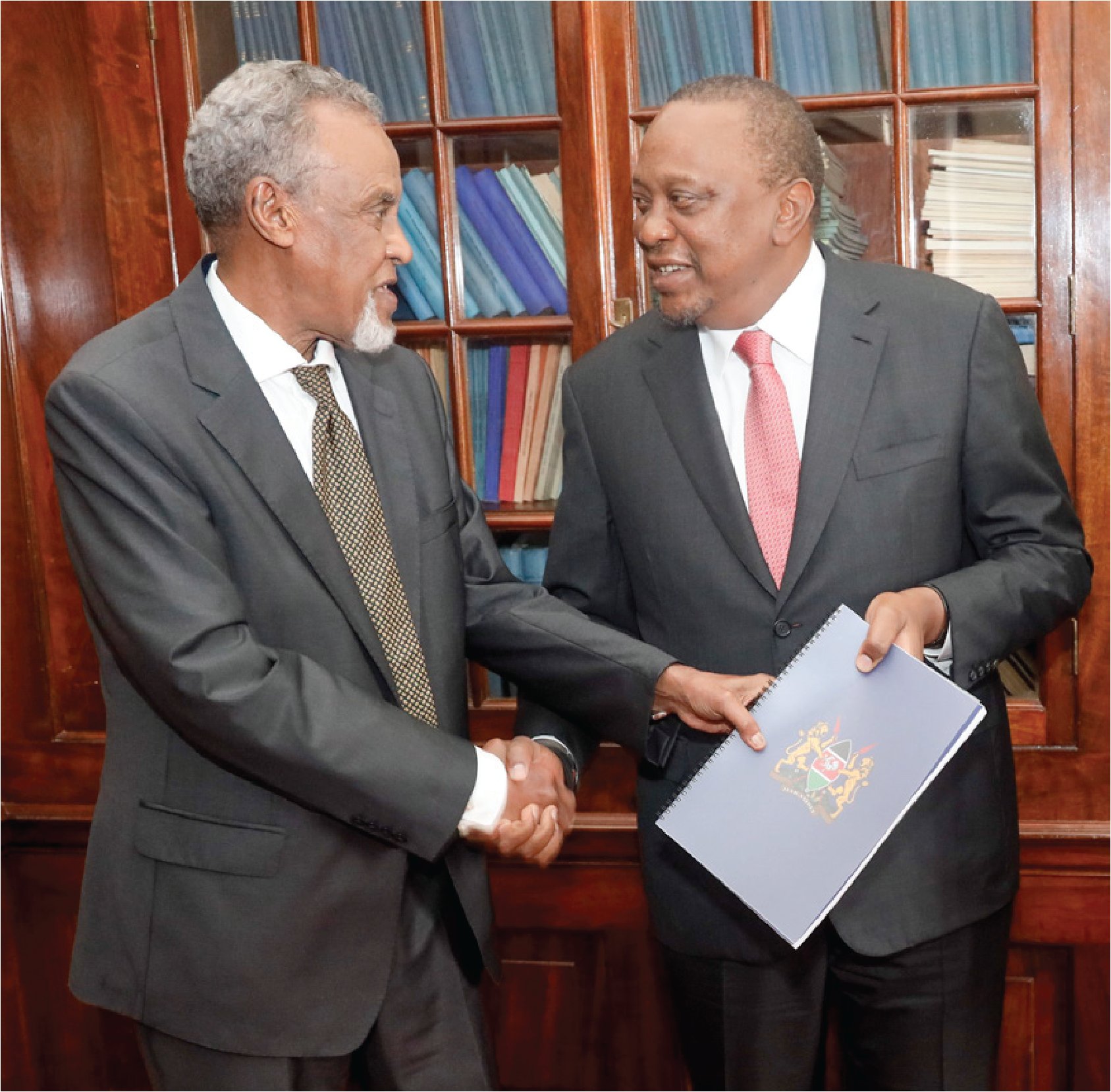 The BBI launch took place on Monday at the Bomas of Kenya at an event which brought nearly all leaders from the political divide together. With the launch of the report of the Steering Committee, which contained a raft of constitutional, legislative, policy and administrative reforms it is no secret that constitutional reform is the geist of the initiative, hence the talk of a referendum.

But Constitutional change can be effected through one of the two options stipulated in Articles 255 to 257 of the Constitution of Kenya, 2010.

This process is provided for by Article 256 which allows for constitutional amendments through parliamentary approval. This procedure is reserved for minor, non-structural and mostly non-controversial amendments and it is the least demanding procedurally. However, the process is still quite elaborate.

It requires significant public participation, including ensuring that there is a three-month public consultation period between the time a constitutional amendment bill is tabled in the National Assembly or the Senate and its debate and consideration. Additionally, for a constitutional amendment to succeed, it must be supported by two-third members of each House of Parliament– a critical number that requires significant parliamentary mobilisation.

This process is provided for by Article 257 of the Constitution.

The first step requires the sponsor of the amendment to collect, and have the Independent Electoral Boundaries Commission (IEBC) to verify that at least one million registered voters support the amendment. Once verified, the Bill is sent to the County Assemblies with a requirement that more than half of them approve it for it to be eligible for consideration by Parliament.

The Okoa Kenya Bill of 2016 sponsored by the Coalition for Reform and Democracy (CORD) with so much fanfare failed at the signature verification stage. The more recent Thirdway Alliance’s Punguza Mzigo Bill of 2019 failed at the Couty Assembly stage as only one County Assembly supported it.

An amendment bill through a popular initiative still requires consideration by Parliament and has to meet the procedural hurdles required of amendment bills going through the other two processes except for one exception – if Parliament fails to pass a popular initiative bill, then the bill is put to a vote in a referendum. Regardless, even when a popular initiative bill is passed by Parliament but deals with an issue stipulated to require a referendum, it must still be voted for in a referendum. The mandatory time needed to effect a constitutional amendment is lengthy. The timeline for passing a non-controversial Parliament-only amendment is at least seven months from the date the bill is first tabled in Parliament. This is because, beside the usual administrative processes a bill has to go through, there is the extra requirement that each house must wait for at least ninety days between the first and second reading of a constitutional amendment bill in order to facilitate thorough public participation.

The BBI will take the Article 257 route and the collection of 1 million signatures will start soon. That will take two to three months.

The signatures will then be delivered to the Independent Electoral and Boundaries Commission (IEBC) together with the draft BBI Bill for verification.

Once the IEBC is satisfied that the initiative meets the requirements, the Commission shall submit the draft Bill to each county assembly for consideration within three months after the date it was submitted to them by the Commission.

If it is approved by a majority (24) of the county assemblies, it shall then be introduced in Parliament. The Bill is submitted to the President for assent only after it is passed by Parliament. Should either House of Parliament fail to pass it, the proposed amendment shall be submitted to the people in a referendum.

But because the BBI proposals touch on national values and principles of governance referred to in Article 10(2)(a) to (d), the Bill of Rights, the Judiciary and Parliament, it must go through a referendum according to Article 255.

What does this mean?

This means it is somehow impossible to have a referendum before 2022.

In our estimation, the soonest the BBI Bill will be back to Parliament is June 2021. With General Elections scheduled for 2022, elected leaders will already be in campaign mode and BBI is likely to be second priority for those whose priority will be to be re-elected.

Hon. Eseli Simiyu on the other hand told journalists from The Star that the country should go through a referendum first before holding the General Election. He said that people should go to an election knowing clearly the positions they are filing.