Trouble in the capital 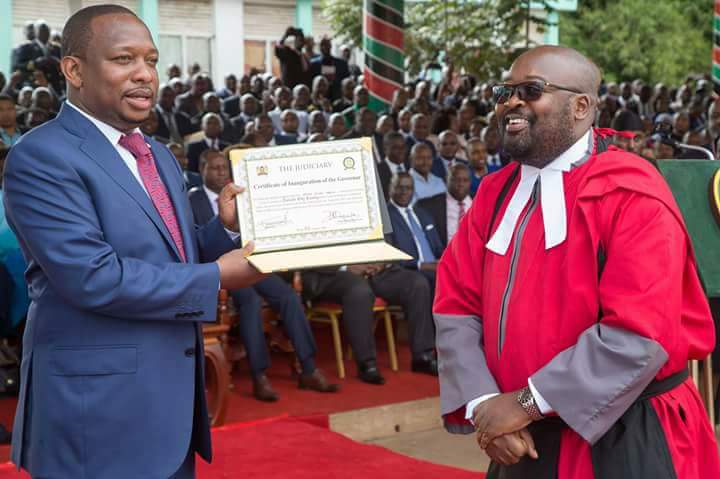 A series of events in the capital city this week brought to the fore the apparent folly of failing to remove Mike Sonko as the Governor of Nairobi.

The first was the assertion by the Governor that he made a mistake by handing over four functions to the national government. So zealous was Sonko in his denial that he claimed to have been under the influence when he signed the documents at State House.

It drew a reaction from Members of the County Assembly who support the Nairobi Metropolitan Services, who warned the Governor against suggesting that the decision is in any way reversible.

Sonko’s other front in the war on the national government has been by undermining the County Assembly, with Speaker Beatrice Elachi’s unstable relationship with MCAs and the Assembly Clerk a weak point he has been keen to exploit.

Elachi’s removal of the Clerk, Jacob Ngwele, was stopped by the Employment and Labour Relations Court and soon after the reinstated Clerk sought to suspend the Speaker. She locked herself in her chambers and when MCAs attempted to storm it, were repulsed by the police.

One of the MCAs was brutalised by the police in the process, and that has caused an uproar by itself and sparked questions on whether the police have really changed their ways despite the transformation from a force to a service.

It is no secret that Sonko is enjoying a new lease of life at the helm. His Rescue Team has been revived, his frequent posts on Facebook are back on and last week, he resorted to the publicity-seeking antics of old, like producing a documentary to showcase his work.

With activities at the courts slowed down, he perhaps sees a realistic chance of the cases against him not being concluded by 2022, meaning he can seek re-election on the presumption that he remains innocent until proven guilty.

It is also evident that he remains liquid, despite the court freezing his accounts, and has the wherewithal to disrupt, or attempt to disrupt, the work of the Nairobi Metropolitan Service, especially now that his mandate is limited.

A SERIOUS DIVISION IN THE SENATE

Senate Deputy Speaker Margaret Kamar kicked the can down the road last Tuesday when she used the 9pm curfew as a reason to adjourn the sitting of the House riven by a dispute over how the revenue to counties is to be shared.

At hand, when the sitting resumes next Tuesday, is what formula to apply, with the house so divided that it is difficult to predict how the vote will go.

It looked, from what Siaya Senator James Orengo, said, like one of those moments where the intervention of senior political leaders like the President is needed.

The best formula would perhaps be the sort of compromise that can end with both sides feeling relieved, and that would be something the President would be happy to be remembered for.