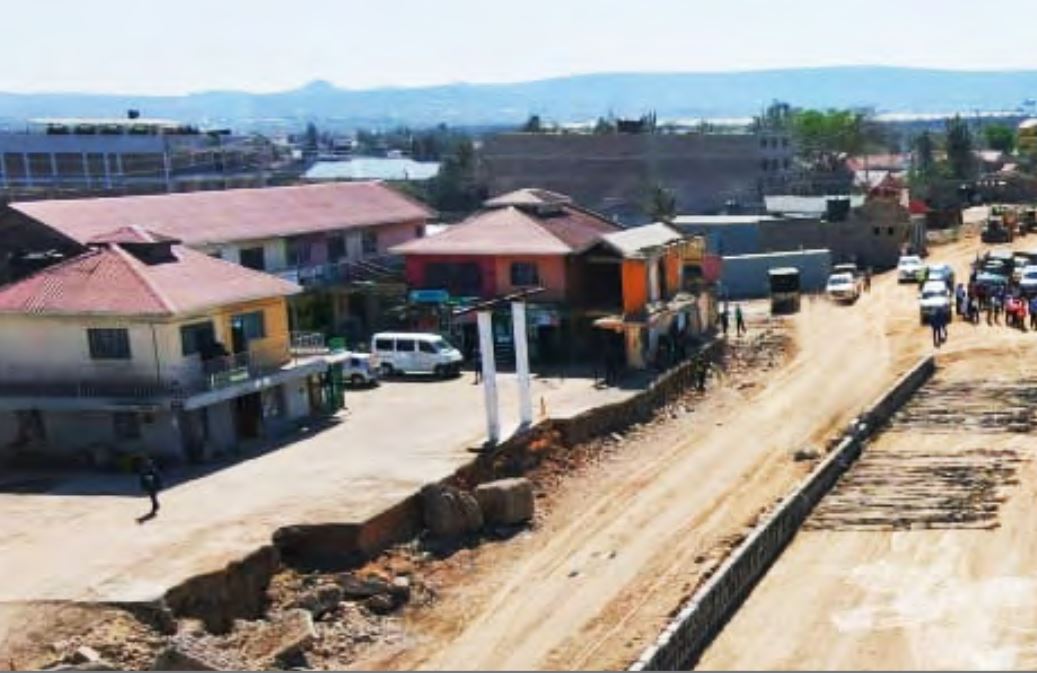 It’s 4:45a.m, Mutuku Keith is preparing to leave his home in Syokimau. He has been trying to figure out how he can evade traffic for months now.  Sometimes when he leaves as early as 5a.m there’s traffic and other times there’s not much traffic or like today, he leaves earlier because he has meetings to attend and he can’t gamble with the  5a.m timing he is used to.

While driving to the city, the Nairobi Expressway is right beside him and he can see construction workers trying to beat the deadline so that Mutuku and other Kenyans can have a seamless ride to the city, but does it have to come at a cost?

“We are happy with the construction, but as of now we are really struggling to make ends meet, our budgets are stretched and as much as I am looking forward to the opening of the road, I don’t know if I will be able to pay for it. I might as well continue to manage my timings for traffic,” he says

It’s not Mutuku alone who is concerned,  but analysts are also raising concerns that  lack of full disclosure on tolling of the Nairobi Expressway could result in public resistance, potentially jolting government plans to have the Chinese contractor recover costs from charging motorists using the road.

While Mutuku is worried about his pocket , analysts are worried that without proper awareness, the tolling system might not end up fulfilling its purpose

According to a report by the Parliamentary Budget Office addressed to legislators, the plan to charge motorists is yet to get the full support of the public thanks to inadequate information and public awareness of the toll system .

The analysts say that the planned charges risk public opposition similar to the one that led to the cancellation of a proposal for toll fees for Nairobi Southern Bypass in 2016 .

The KSh 59 billion project is meant to give motorists the option of using the Expressway to escape heavy traffic for a fee depending on the size of the vehicle and distance covered.

One of the concerns raised over the project is funding, however the toll model has been hailed as a solution to the road financing problem since it will take the pressure off the country’s public debt.

The PBO points out that so far, several  countries have adopted the toll model to fund their road infrastructure including Canada, France, UK, India, South Africa and Nigeria.

However, not all roads are suitable for the toll model since heavy traffic is required for generation of enough revenue to meet the construction and maintenance costs.

“According to the a study by the Inter-American Development Bank, a road is likely to be a viable candidate for construction through the toll model if it has a flow exceeding 5,000 vehicles per day unless the government offers a substantial subsidy to the contractor,” (Queiroz, Uribe, & Blumenfeld, 2016)

While the tolling model is termed to be viable especially on the funding aspect of the project , the actualization may not be smooth and may receive some resistance from the public as has been in the case in Nigeria where the toll collection point on one of the roads, Lekki Toll Road, was cancelled following continuous riots by the community against paying the fees.

“In Kenya, there is extensive evidence of lack of public support for tolling with a proposal to introduce tolling in 2016 on the Nairobi Southern Bypass receiving a huge public outcry,” the analysts wrote in the report

To the public, there is a concern that tolls will be a double tax on many motorists who currently are paying for road maintenance through the fuel levy, with the analysts sensitizing the legislators of the need of awareness, not only in the public, but also on the legislative level for the legitimization of the tolling system .

According to some motorists, the current high cost of living and the rising fuel prices have continued to empty the pockets of Kenyans who are yet to recover their spending power which has been affected by the pandemic. While most of them want to evade traffic, the cost that comes with it is something they are yet to consider..

“Right now I have kids to feed, already my fuel budget is high, the electricity budget is high, I don’t know if I will be able to accommodate the toll fees. Maybe continue timing the traffic like I have been doing, ” says Sheila Anyango, a resident of Syokimau

Currently, motorists pay a KSh 18 levy per every litre of diesel or petrol which goes into maintenance and rehabilitation of roads through the Kenya Roads Board.

“We are excited by the expressway, but paying for it is something else, also we are yet to understand how all this will work and we are still trying to recover financially, ”   says Mule Mutiso,  a resident of Kitengela.

The fuel levy, which came to force through the Road Maintenance Levy Fund Act of 1993, replaced toll fees which were introduced in the late 1980s, which leaves the ball in the legislative court on the next course of action to legalize the tolling stations and put measures in place for compliance by Kenyans while managing the opposition by the public on payment.

The Nairobi ExpressWay (Mlolongo – JKIA – James Gichuru section of the A8 road) is the only road in Kenya currently being built using the toll model. The developers will operate and maintain the road for a period of 30 years to recoup their investment. The project is ongoing and expected to be completed by December, 2021 at an estimated cost of Kshs. 67 billion.

The project has also not won full support of the public since it is shrouded with lack of proper and comprehensive information disclosure and other ambiguities especially on assumptions behind the 30-year period given to the investor and the risk mitigation measures if the assumptions fail to hold. To the public, there is concern that tolls will be double taxation on many motorists who currently are paying for road maintenance through the fuel levy.To address challenges in operationalizing the Nairobi Expressway, an extensive sensitization and public participation exercise should be undertaken to consider the views of the myriad stakeholders on the value for money of the project, the pricing model for the tolls and the toll collection systems among other issues.