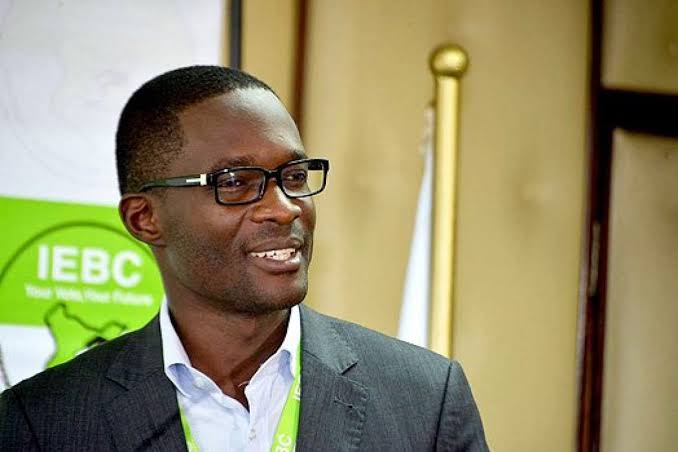 Following a dramatic exit from the public stage after a protracted procurement controversy at the Independent Electoral and Boundaries Commission (IEBC) three years ago, Mr. Ezra Chiloba has returned to the limelight. Popularly referred to as “Chilo-bae” during the 2017 General Election, Mr. Chiloba re-enters the stage after being appointed as the director-general of the Communications Authority of Kenya (CA).

In the immediate, he replaces Mrs. Mercy Wanjau (MBS), who had been the Ag. DG since August 22, 2019 and now goes back to her former role of Director Legal Services and Board Secretary. The position was substantially previously held by Mr. Francis Wangusi who served for two terms before he retired.

The appointment of a DG took long owing to a court case in which the Information Communication Technology Association of Kenya (ICTAK) was challenging the credentials set out by the Authority on claims that they were not anchored in law. The matter was concluded in May 2021 and the Authority re-advertised the position with requirements such as the need for a postgraduate degree and 15 years of experience, 10 of which should be at a senior managerial level, which saw several applicants enter the stage for consideration from ICT and Media Management circuits.

As Mr Chiloba embarks on his new mandate, many will be watching to see what he plans for the Authority, especially in view of the 2022 General Election juxtaposed against his stint at the IEBC. Of interest to many are the guidelines/regulations that the CA is likely to issue to prevent dissemination of false information or materials that are likely to incite the public in the run-up to the election on different communication channels/platforms.

Some would argue that perhaps owing to his experience at the IEBC, he would be the best candidate on the premise of the Authority’s role in the current political environment and the incredible role that it is expected to play in ensuring compliance of broadcasters and data solution providers including telcos.

That said, Mr. Chiloba has already intimated that top of the agenda as he takes the helm will be to ensure that the Authority integrates proper communication and technological infrastructure in order to guarantee peaceful campaigns during the election period.

As he begins to settle down into his new role, there are fears that another court case might be instituted, perhaps not challenging the process this time round, but the suitability of the office holder premised on the alleged mismanagement in the procurement process while at the IEBC.

We can only wait and see how this plays out!