Sonko Mombasa bid a test for much more than Joho 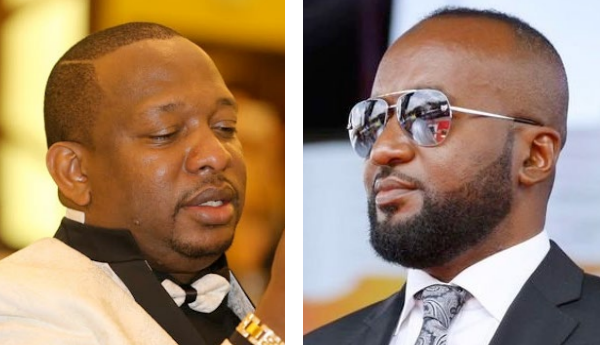 Impeached Nairobi Governor Mike Sonko has been the cause of a small-scale storm in Raila Odinga’s Azimio coalition.

It initially seemed that Sonko had retired to Mombasa as an entrepreneur. He runs a club in the coastal city that he has worked to popularize on his social media and it initially looked like a joke when he said he would seek to become the Mombasa Governor.

But he was then endorsed by Kalonzo Musyoka’s Wiper Party and even claimed that his roots are in the coast as his mother was buried there. Another family has alleged that Sonko prayed at the wrong grave.

In the meantime, the flamboyant politician has unleashed a team of branded vehicles and deployed his Sonko Rescue Team to Mombasa, hoping it will do for him there what it did in Nairobi in the run-up to the 2017 General Election.

The Wiper hierarchy, which has lately become bold and vocal, has since come out to campaign for Sonko.

The former county chief’s presence has rattled the camp of Ali Hassan Joho, the incumbent governor. Sonko has also been boosted by an opinion poll that reported that he is the most popular candidate ahead of Abdulswamad Nassir. The Mombasa team has complained to Azimio, which is led by Raila Odinga and President Uhuru Kenyatta, on the basis that Mombasa was initially zoned for ODM, which would have meant that related parties would not field candidates.

Former Kiambu Governor Ferdinand Waititu has similarly set out to recapture the position but his preferred party, United Democratic Alliance, has not warmed up to him, preferring instead Senator Kimani Wamatangi.

Sonko is dependent on the large number of Mombasa residents from his native Ukambani, as well as other non-native communities, threatening Mr Joho’s grip on the city he has run for the last nine years.

Sonko is a problematic candidate. He was cited by the United States government in March for “involvement in significant corruption” during his time at City Hall and he and his family were banned from travelling there. His removal from office also came after he was arraigned for corruption-related offences. While the suspicion of involvement in corruption by public and State Officers is common, direct sanctions by the United States is rare and anybody cited publicly would be expected to naturally lie low.

His initial relocation to Mombasa had taken him away from the media headlines and to social media but his re-entry into politics has once again made him a subject of attention.

The Ethics and Anti-Corruption Commission had previously stated that impeached governors would not be cleared to run for office but the provision that he has not exhausted appeals gives Sonko a lifeline. Similar sentiments have been made by Director of Public Prosecutions, Noordin Haji, who has vowed to block Sonko’s clearance to the bitter end.

The electoral commission has until May 27 to publish the names of all candidates for various positions but Sonko and Waititu will be precedent-setting whether they are cleared to vie or not. It will also be interesting whether it is the letter or the spirit of the law that will prevail.