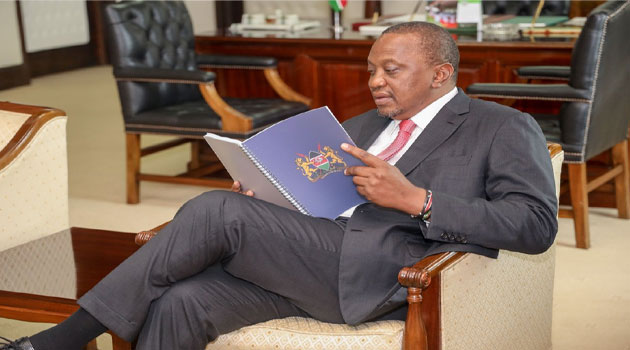 The Building Bridges to a United Kenya Taskforce Report proposes Constitutional reforms.  Several articles in the Constitution will be amended and in this article we explain in detail what each amendment will be.

Chapter Two on formative aspects of the Republic

This chapter is to be amended to address regional integration, cohesion, shared prosperity and the centrality of the economy. This will eventually harness regional trade, investment and people-to-people links to increase our prosperity, opportunities for investment and enhance our security.

Article 10 of the Constitution provided the National values and principles of governance which bind all State organs, State officers, public officers and all people.

This Article is being amended to introduce regional integration and cohesion. The amendment states that the Constitution embraces the goals of African Unity and political confederation of the eastern Africa region as integral towards the attainment of sustainable development, prosperity for all and stability.

Article 11 of the Constitution recognises culture as the foundation of the nation and as the cumulative civilization of the Kenyan people and nation.

This Article is being amended to recognise the need for an economic system that provides equitable opportunities for all the people of Kenya to benefit from economic growth in a comprehensive, fair and sustainable manner.

The State will be required to promote productivity through protection of intellectual property rights, sustainable agriculture, an economic system that supports small and micro enterprises, an infrastructure that supports the digital economy and application of science and technology in the production system.

Article 18 states that Parliament shall enact legislation on citizenship.

The Article is being amended to introduce responsibilities of a citizen.

Some of the responsibilities are to:

Chapter Four on the Bill of Rights

This chapter is to be amended to provide a constitutional underpinning for the privacy of citizens’ personal data as an emerging area in human rights owing to significant technological developments in this area.

This Article is being amended by inserting a new paragraph that states that every person has the right to privacy, which includes the right not to have their personal data infringed.

Chapter Six on Leadership and Integrity

This chapter is to be amended to intensify the fight against corruption by strengthening the relevant institutions. This includes providing a mechanism for more expeditious conduct of investigations, prosecution and trial of corruption-related matters.

Article 80 of the Constitution states that Parliament shall enact legislation on leadership and integrity.

This Article is being amended to state that Parliament will establish procedures and mechanisms for the effective administration of Chapter 6 for the effective and expeditious investigation, prosecution and trial of cases relating to this Chapter.

The major impact of this will lead to laws on expedited corruption trials of corrupt government officials.

Chapter Seven on Representation of the People

This chapter is to be amended to resolve issues of divisive elections arising from electoral processes. Notable amendments in this chapter are:

Article 87 of the Constitution states that Parliament shall enact legislation to establish mechanisms for timely settling of electoral disputes.

It is being amended by including electoral disputes arising from nomination of candidates by a political party and that service of a petition can be through electronic media.

Article 90 which states that elections for certain seats in Parliament shall be on the basis of proportional representation by use of party lists.

This Article 90 is being amended to state that each party list includes women, persons with disabilities, youth, ethnic and other minorities,  and marginalised communities.

Chapter Eight on the Legislature

This chapter is to be amended to remodel the Parliamentary system by bringing the Government back into the House, including the Prime Minister, Deputy Prime Ministers, Cabinet Ministers, the Attorney-General and the Leader of the Official Opposition, being the person who was the runner-up in the Presidential election.

Article 97 provides for the membership of the National Assembly which consists of 290 members, each elected by the registered voters of single member constituencies, 47 women, each elected by the registered voters of the counties, each county constituting a single member constituency and 12 members nominated by parliamentary political parties according to their proportion of members of the National Assembly in accordance with Article 90, to represent special interests including the youth, persons with disabilities and workers.

This Article is being amended to state that Parliament will consist of 360 members, each elected by the registered voters from 290 constituencies constituting single and multiple member constituencies. The amendment deletes paragraph (b) that provides for the 47 women representatives and paragraph (c) which provides for 12 nominated Members of Parliament.

It adds the Leader of Official Opposition, the Attorney-General, the Cabinet Ministers, who are not members of Parliament and the Speaker will be MPs as ex officio members.

The amendment also provides for the position of Leader of Official Opposition in the National Assembly. This will be the person who received the second greatest number of votes in a presidential election and whose political party or coalition of parties has  at  least 25%  percent  of  all the  members  of  the  National Assembly.

Chapter Nine on the Executive

This chapter is to be amended by expanding the national executive in order to promote greater inclusivity, and mitigate the drawbacks of the winner-take-all electoral formula. This recommendation proposes the introduction of the office of the Prime Minister and two Deputy Prime Ministers. It also provides that Cabinet Ministers may be appointed from among members of the National Assembly.

and shall perform any other duty assigned by the President  or conferred by legislation.

Chapter Ten on the Judiciary

Article 171 of the Constitution is being amended to create the independent office of the Judiciary Ombudsman, who shall sit on the Judicial Service Commission. The function of this Ombudsman will be to receive complaints against judges, investigate and discipline judges  by  warning,  reprimanding  or  suspending  a  judge.

Chapter Eleven on the Devolved Government

This chapter is to be amended in Article 207 by creating a County Ward Development Fund, increasing the resources to the Counties from the current 15% to at least 35% and embedding the monitoring, implementation and impact assessment of Article 43 rights in the President’s  State  of  the  Nation  address  and  in  the  budgeting  process.

This chapter is to be amended to streamline public finance principles and processes to promote efficiency and ensure expenditures are directed to maximising utility. The proposals give special attention to the actualisation of the rights guaranteed under Article 43  as  well  as strengthening devolution.

This chapter is to be amended to define new terms introduced by other proposed amendments.

Article 237A is an amendment that establishes the Youth Commission which shall consist of a Chairman and members appointed by the President, with the approval of the National Assembly.

This chapter is to be amended to make provision for the oaths to be administered in respect of state officers for whom such requirements had been omitted.