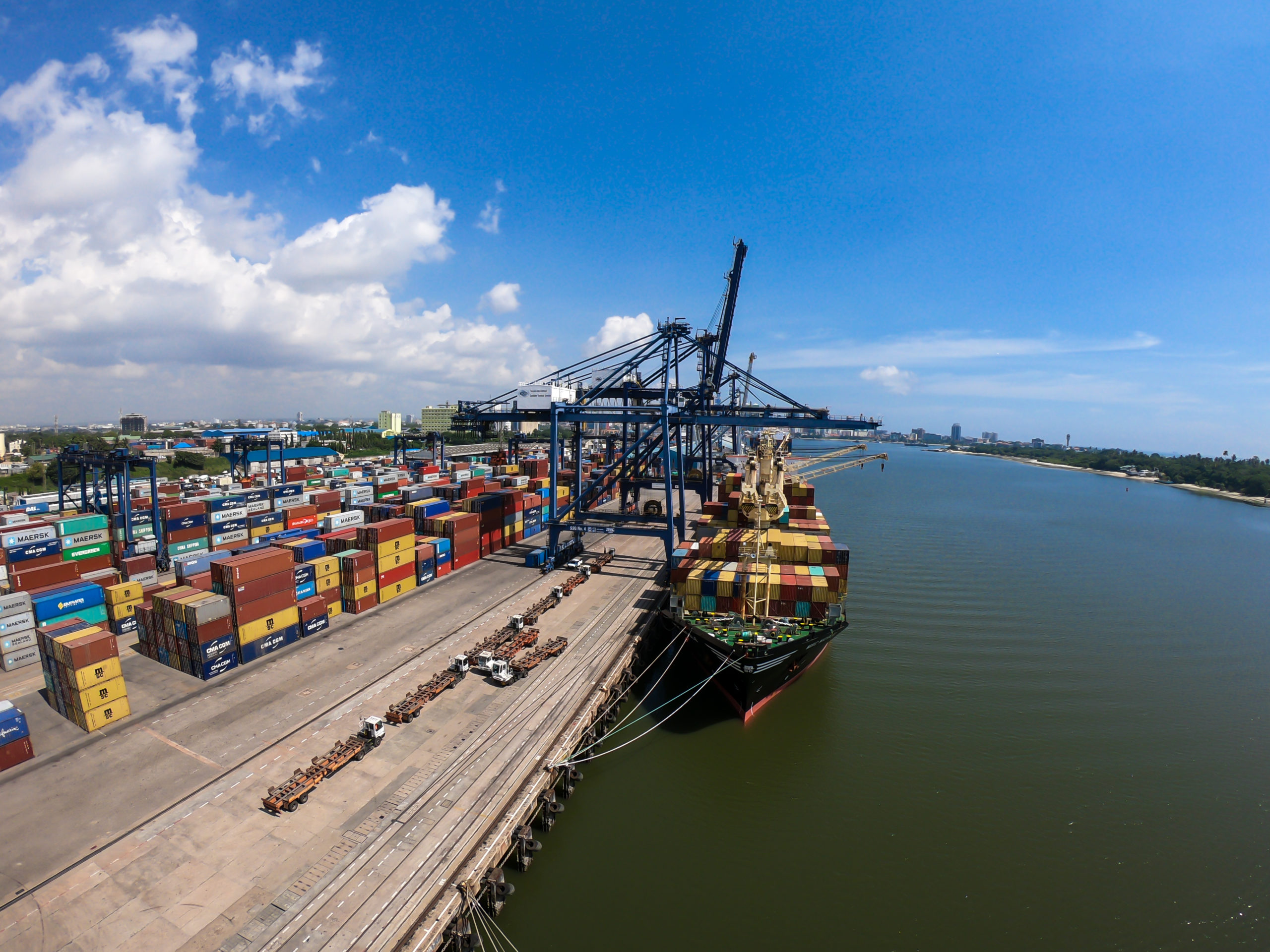 The establishment of the African Continental Free Trade Area (AfCFTA) is an impressive political achievement. While the July 1st, 2020 start date for trading under the AfCFTA has been postponed to 2021 due to the COVID-19 pandemic, the economic boost it is meant to provide has become even more critical given the devastating socio-economic impact that the pandemic has had and will continue to have across Africa.

By promoting economic growth and diversification the AfCFTA could make African economies more resilient to such shocks in the future.

The AfCFTA – a continent wide FTA for Africa – simply put is a mechanism to create a single liberalized market for goods and services targeting 1.27 Billion consumers supported by free movement of goods and persons across the continent.

In terms of projections, it is estimated that the AfCFTA has the potential to increase intra-African by as much as $35 billion per year, or 52.3% above the baseline by 2022. According to the United Nations Commission for Africa combined consumer and business spending is expected to rise to $6.7 trillion by 2030 with a population of 1.7 billion, offering some of the world’s biggest opportunities for international investors while bringing together the members’ fragmented markets into a larger market with the prospects of a combined GDP of over $3 trillion annually.

Beyond the numbers, the continental based FTA has offers an opportunity for countries to boost industrialization in member states which would increase trade and productivity which would translate to economic growth and reduction of poverty. Additionally, this could lead to increased opportunities for capital investment as well as technological advancements and transfer of knowledge and skills.

Signed by more than 50 African countries, the agreement Establishing the AfCFTA, judging by the number of participating countries, is the most important trade agreement since the creation of the World Trade Organization (WTO).

As of May 2019, just one year after its signature, the ratification threshold of 22 countries required for the entry into force of the Agreement had been reached. The pace of this ratification is unprecedented in the history of the African Union.

Its first operational phase was signed in July, 2019 in Niamey during the African Union Summit. Since then, it is reported that at least $2.5 billion has been raised for the five regions in Africa (Central, East, Northern, Southern and Western regions) with each one of them being allocated the amount of $500 million to support implementation of the AfCFTA.

In terms of operationalisation, the implementation of the AfCFTA is being done in two phases. The first phase provides a framework for the liberalisation of trade in goods and services, and a mechanism for dispute settlement. For trade in goods, the agreement sets the path for eliminating tariffs on 90% of product categories. Countries can implement tariff reductions over a longer period in the case of sensitive goods, or maintain existing tariffs – where the products are excluded – for the remaining 10% of product categories.

On the liberalisation of trade in services, member countries have also agreed to a request-and-offer approach, based on seven identified priority sectors: logistics and transport, financial services, tourism, professional services, energy services, construction, and communications. Phase I of the AfCFTA came into effect on 30 May 2019.

Work is also underway for the setting up of the African Business Council, which when created, will align activities of private sector entities across the continent to promote linkages and synergies.

Whereas the potential is undeniable, intra-African trade remains below 20% (estimated at 16% of the continent’s total trade volume) with most of Africa’s trade globally (which is less than 3 percent of global trade share) being based on trade in commodities whereas continentally trade is in manufactured goods. This, coupled with failure to restructure its exports which are poorly diversified (being largely dependent on agricultural exports) and remain highly dependent on primary commodities, has robbed the continent of an opportunity to develop and grow its industries and expand its trade capacity; a great impediment to meeting its objectives.

Although the AfCFTA signals a renewal towards a more integrated Africa in a bid to ease movement and trade, the proposed trade integration is plagued by numerous challenges. For instance, the continent remains beset by a number of unpredictable tariff and non-tariff barriers, poor infrastructure, few supportive policies and legal framework, a lack of a transportation network, heavy layers of government bureaucracy, and still-high levels of corruption.

Empirically, Africa’s economic integration challenges range from economic such as polarization of benefits towards larger economies at the expense of smaller economies, an unclear model of distributing welfare gains (or losses), traditional trade models which do not stimulate intra-African trade, several non-tariff and institutional barriers among other factors.

There have been growing fears that the AfCFTA’s anticipated gains, and associated losses, are likely to accrue unevenly where countries with large productive capacities in manufacturing or stronger supply capacities in non-manufactured products may reap more rewards than weaker landlocked and smaller economies, particularly the least developed countries (LDCs).

The substantial fall in budget revenues may adversely affect the governments’ capacity to invest in infrastructure, education and social programs, which are crucial for attaining sustainable development and decrease inequality in developing countries.

These concerns have led to a number of countries, such as Malawi, pushing for special and differential treatment in the implementation of the AfCFTA’s provisions on the elimination of import duties and other tariffs.

Moreover, with intraregional trade at approximately 16% this performance percentage is driven by just four countries: South Africa, Namibia, Zambia and Nigeria – in that order – which does not compare favourably with intracontinental trade in the European Union (EU) (67%), Asia (58%), North America (48%) and even Latin America (20%).

Other emerging concerns are with regards to degradation of natural resource and loss of traditional livelihoods due to the push for increased industrialization as well as potential for crowding out of local industries due to lack of capacity to meet agreed upon standards and/or satisfy market demands.

A tougher competitive environment may threaten MSMEs and small-scale farmers because they would have higher trading costs than bigger companies and consequently face financial challenges to compete with greater firms. Thus, this agreement may benefit larger companies instead of developing MSMEs and local producers.

Trade liberalisation can also have a negative impact on unskilled labour in the short and medium term, especially if low-skill sectors were originally protected. This may create social tensions unless compensatory measures are set in place by the governments.

There are also concerns with conflicts with regards to Regional Economic Communities (RECs). Most African countries are part of more than one REC and so convergence among RECs should be made compatible with the AfCFTA. Moreover, most African countries are bound to their WTO commitments and many have signed or are unilaterally negotiating treaties with external regions or countries (EU, USA, China, Canada). These multilateral or unilateral commitments could potentially impede the advancement of the AfCFTA.

Despite the significant long-term socio-economic benefits for African countries, Member State will face many challenges to fully implement and optimize this Agreement.

The AfCFTA offers a unique opportunity to develop an inclusive trade system and economic model by increasing intra-continental trade; but in order to trade, Africa first has to produce; and not just primary commodities. However, the AfCFTA will only promote intra-African trade if governments actually implement it

Further, Africa must scale-up its infrastructure investments to improve connections between and within African countries; make trade more conducive through the elimination of trade non-tariff barriers such as the restrictive travel policies and visa regimes; harmonize trade policies; increase manufacturing and processing capacity; enhance linkages for rural communities to urban markets and vice versa; focus on capacity development to be able to participate in the knowledge economy, and be ready for the digital economy.

Efforts are also needed to ensure an equitable distribution of AfCFTA benefits. There have been arguments made for a ‘developmental regionalism’ approach to ensure that all State Parties benefit from AfCFTA implementation. This could include greater provision of trade finance to help smaller economies take advantage of opportunities created by the AfCFTA.Also, to ensure that “no one is left behind” a focus on the gendered impacts needed adopting a ‘business unusual’ approach to ensure the AfCFTA advances gender equality in Africa.