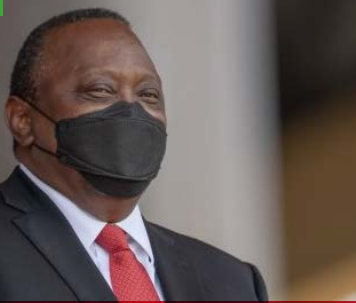 President Uhuru Kenyatta took advantage of Mashujaa Day celebrations on Wednesday, October 20, 2021, to announce a raft of economic measures and interventions his government seeks to make to reinvigorate the economy which is reeling from effects of the Covid-19 pandemic.

Out of the 13 stimulus packages, only four need policy reforms to come to life. The rest only need the National Treasury to release funds.

On Tuesday, the Speaker of the National Assembly reported to the House that he had received a Petition signed by  five  representatives  of  livestock  producers  and  animal  feed manufacturers  on  behalf  of  the Broiler World Co-operative Society Limited, the Association of Kenya  Animal Feed Manufacturers, Kiambu Poultry Co-operative Society, Pig Producers and Githunguri Co-operative Society Limited, among other stakeholders. The Petitioners raised concerns regarding what they describe as unprecedented rise in prices of animal feeds in the country. They claim that the increase has been occasioned by policy gaps that have resulted in low production of plant-based animal feed components extracted from soya beans, sunflower and cotton, among others in the country.

This petition, plus the Presidential directive, will lead to the National Assembly Departmental Committee on Agriculture and Livestock and the Ministry of Agriculture working together to find out the root cause of high cost of animal feeds.

The National Assembly has been working on reducing fuel prices through the Petroleum Products (Taxes and Levies) (Amendment) Bill, 2021. The aim of the bill is to review taxes and levies on petroleum products. This move may be complemented by the actions that will follow the President’s order that a framework for stabilisation of petroleum prices be developed.

There is a Proceeds of Crime and Anti-Money Laundering (Amendment) Bill, 2021 in the National Assembly, but the Bill does not propose the raising of the amount limit. The Presidential’s directive may lead to more amendments being added to this bill.

The directive on the suspension of negative listing of loan defaulters with Credit Reference Bureaus (CRBs) was last year implemented following a circular from the Central Bank of Kenya and the regulator will definitely release a circular on this soon. In the same breath, we should expect further consultations between the National Treasury and the digital payment providers on how to expand the use of digital payment channels in Kenya. The Central Bank of Kenya Amendment Bill was read the third time this week and it will be interesting to see the direction of the engagements.