Martha Karua solves one dilemma, others to come 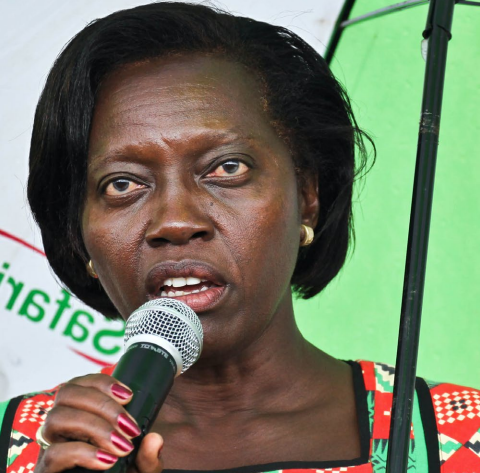 It was evident from Gatundu South MP Moses Kuria’s reaction that they had hoped to work with Ms Karua to deliver support for Deputy President William Ruto and earn a seat at the table if he succeeds in forming the next government.

Ms Karua had suggested the direction she would take earlier in the week had disappointed her erstwhile allies.

“I respect the decision by my sister Martha Karua to join Azimio just like she respected my decision to join the Kenya Kwanza Alliance. Ultimately Kenya is the winner and democracy will prevail. May the best team win,” Kuria said.

Kuria has taken sides with Dr Ruto and is seeking to become Kiambu Governor even as he seeks to play a role on the national stage.

He had earlier stated that a Ruto-Karua ticket would take Kenya away from the domination of the presidency by a few families, which Dr Ruto’s supporters have characterized as dynasties juxtaposed against those who have hustled their way to the top.

Ms Karua has been viewed as a good option for a running mate because of her relatively clean standing politician without any major scandals or (claims of) corruption. She is fairly respected within political circles for her history as a principled and high-minded person.

While she would be a useful addition to any presidential candidate, Ms Karua has appeared to be undecided over her political choices and it is not yet known whether she would be willing to become a running mate.

She had earlier declared her intention to run for the Kirinyaga gubernatorial seat.

If she continues on that path, Ms Karua would likely have to leave the national stage and concentrate on a potentially scrappy contest in Kirinyaga involving Anne Waiguru and Purity Ngirici.

Ms Ngirici decamped from the United Democratic Alliance after Ms Waiguru was so well received by Dr Ruto’s party that she felt threatened and discriminated against.

The presidential candidates have less than a month to solve their running mate dilemmas as the nominations start and decisions are solidified.