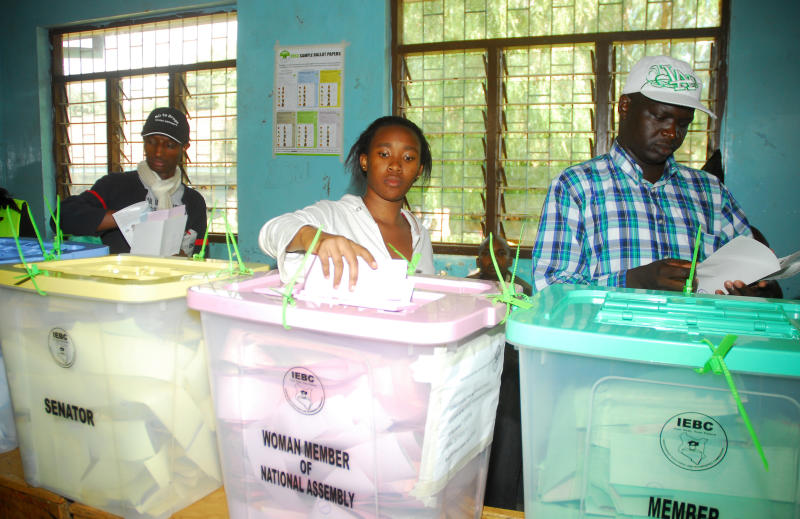 The Independent Electoral and Boundaries Commission (IEBC) has sparked a fresh round of controversy in political circles just after the fight over the law determining how coalitions are formed ended.

The electoral commission has proposed changes to the Elections Act, with the apparently most controversial change being a provision to allow the manual submission of presidential election results.

IEBC argues that the changes in the law are meant to seal a loophole that was among the reasons cited by the Supreme Court in annulling the presidential election results in 2017.

At the time, 11,000 polling stations, some of them in areas close to Nairobi, had failed to transmit their results electronically and the judges had argued that it would have been fairly easy to travel to the Bomas of Kenya in Nairobi to deliver the results.

The proposed changes have met opposition from the camps of both leading presidential aspirants – Deputy President William Ruto and former Prime Minister Raila Odinga, showing the lack of consultation and consensus building by the electoral commission before the submission of the laws to the National Assembly.

The changes have been framed as an initiative of President Uhuru Kenyatta, mainly by virtue of the fact that they have been introduced by Majority Leader Amos Kimunya.

Dr Ruto cited the changes as “a choreographed attempt to install a puppet on the Kenyan electorate” which builds on his narrative that there is a plot to rig the elections and take victory from him.

Mr Odinga has also met his party members and an agreement is reported to have been struck to reject the proposed amendments on the floor of the National Assembly.

The opposition by the two candidates and the allies could neutralize a potentially toxic situation as the law would be shot down. The loser in that case would be the electoral commission and the electoral process that it was seeking to make easier.

A worse situation would have been the rejection of the changes by one aspirant and acceptance by the other, which would have sparked unnecessary tension.

Still, interested parties would be concerned that the electoral commission is asking the Executive to make substantial changes to the elections law less than six months to the General Election, which gives interested politicians an opportunity to create and build a self-serving narrative, without MPs having the space and time to consider the changes more comprehensively.

On top of these are the expected tussles in and out of the courts over the procurement of election materials by the IEBC.