In Parliament, a distraction for Raila and Ruto 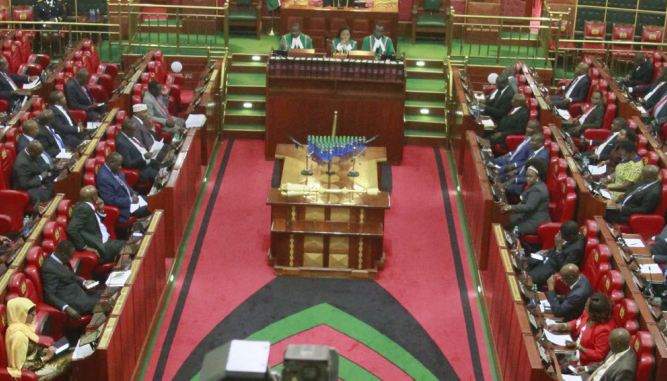 Plans by the Jubilee Party to hold a National Delegates Convention late November died with a whimper and without an explanation.

It was reported that the plans collapsed after a consideration was made that with more than 100 MPs having left the party for the United Democratic Alliance, the meeting would lack the show of might needed to make an impact.

The reality for Jubilee is that the UDA wing has become like South Sudan’s People’s Liberation Movement-in-Opposition, only in this case the Deputy President will watch silently as the President spells out his vision and a few days later disparage it while on one of his tours.

While the pro-Handshake team has worked well to push the President’s agenda in Parliament, it could come up against the UDA team in the House as it seeks to change the law to create a new mechanism for coalition-building.

The pro-Handshake team plans to change the law to allow parties to enter into a cooperative-style coalition that enables them to go into elections with full knowledge of where they would sit at the table and how much they would get.

While the full text of the proposed changes is yet to be published, the Deputy President’s supporters are afraid that it would create an opportunity for their removal from Jubilee and in effect, Parliament.

Hurried changes to electoral laws have become a common phenomenon in the run-up to an election.

MPs tend to be driven by their common interests at such times. Before the 2017 General Election, MPs worked to postpone implementation of provisions that would have made a degree the minimum qualification for election to represent a constituency. They also moved with speed to give losers at party nominations enough time to jump ship or contest as independent candidates, which would eventually become a lifeline for many of them.

With the primaries in UDA also expected to be highly competitive, it is unlikely the MPs would change the law to place them in difficult situations if they lose.

UDA MPs are already raring to go, arguing that there is no reason to support a law whose sole aim would be to enable their main competitor to gain an advantage in his efforts to form a government.

For both leading candidates, the tussles over the proposed laws are likely to draw attention from their own struggles to craft narratives, pick running mates and get their tribal arithmetic right.

Perhaps their main fault lies in starting their races too early that they might tire out long before the last 90-day sprint starts.