Focus on Human Resource Management in the Counties: How some governors are getting it wrong 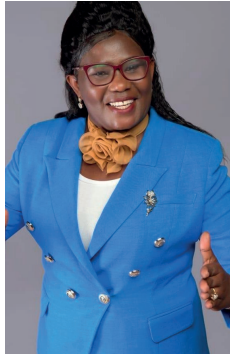 Meru Governor Kawira Mwangaza has recently been in the spotlight, and not for the right reasons. A storm started brewing following some of her county staff appointments. Beyond the hostility she has been facing from members of the County Assembly, the Ethics and Anti-Corruption Commission (EACC) has also called her out for violating the law.

In a raft of accusations touching on nepotism, first-time Governor Mwangaza, who ran on an independent ticket, has been cited for employing her spouse, Mr Murega Baicu, as the Meru Youth Service patron and two of her sisters; one as a personal assistant and another as her security personnel. Mr Baicu has been attending official county functions and issuing directives to county workers despite not being a public officer.

To add to the Governor’s woes, the MCAs have decried her handling and running of county affairs. A petition has already been delivered to the County Assembly seeking her ouster on grounds of abuse of office and gross misconduct. On her side, Governor Mwangaza has shot back and instead accused the MCAs of blackmail and intimidation.

Homa Bay Governor Gladys Wanga is also on the radar for irregularly appointing 11 advisors and creating positions of liaison officers.

The staffing concerns in the two counties have brought to the fore the issue of human resource management at the county level.

Governors do not have free reign in the appointment of staff at the county. County appointments must be made per the law, with violations likely to attract consequences. It is also critical that county governments adhere to the principles of good governance to ensure seamless continuity of services at the county. Any service disruptions caused by irregular appointments affect the general public, pose adverse effects to the private sector, and may discourage investments that otherwise benefit the counties.

At the very least, county bosses should ensure that their appointments conform to the law and that their fate in office is not just left to the mercy of MCAs and investigative bodies such as EACC.