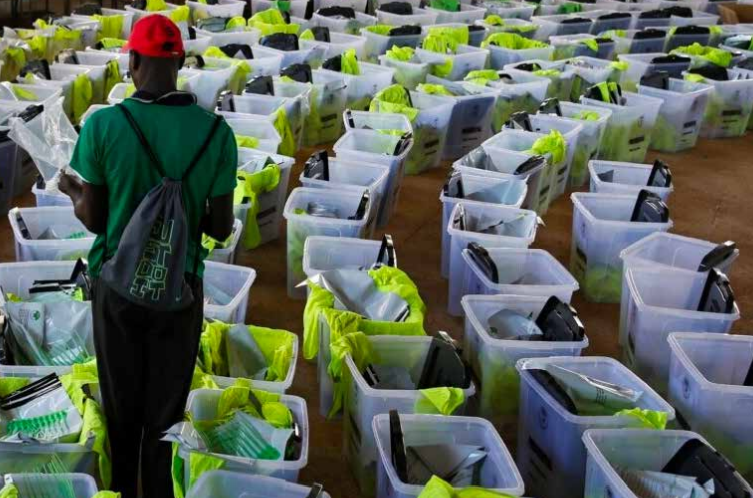 Why this different poll will keep everyone on edge

A combination of changes to electoral laws made after the elections in 2017 and the emphasis on traceability and verifiability of the polls have changed the way the results will be made public.

In the week before the elections, the institution in charge has ramped up efforts to manage the expectations of key stakeholders, observers and Kenyans at large.

For those who observed the elections in 2013 and 2017, the tallying of the presidential election results at the National Tallying Centre at Bomas of Kenya will be markedly different.

Most significant is that the poll officials, the Presiding and Returning Officers who transmit the results, will be sending photographs of the forms filled at the polling stations instead of the data (numbers) as they did in 2017 and 2013.

From their interactions with the electoral commission, for example, senior editors came away with two key impressions: that the IEBC won’t tally the results until the forms are received at Bomas of Kenya and there are likely to be delays in the results coming from there.

On its part, the Communications Authority allocated telecommunication companies a set of numbers that have been set aside for only transmitting election data. The numbers will be switched off after the elections and will only be used for future elections.

IEBC has contracted at least two telecommunication companies per polling station for the transmission of data through modems, while the KIEMS kits have a dedicated network connected to the National Tallying Centre.

The telecommunication parties have in turn dedicated resources to transmit the results. They were emphatic at the meeting with the Kenya Editors Guild that their job is restricted to transmission of the images to Nairobi.

For the electoral commission, one of the big questions is whether their servers have the capacity to receive the results from all 46,232 polling stations if they are all sent within a short time of each other.

Observers have privately expressed their concerns over this matter in particular, and the electoral commission has not given a satisfactory response. The commission had indicated that it would have two servers – at Milimani and at the East African Data Centre in Embakasi.

The assurances for the private sector, which is keen to go back to business and economic activities as soon as possible, is that a lot of work has gone into ensuring there is no violence. Whether the candidates and their supporters are primed to accept rather than dispute the outcome will only be seen once the counting and transmission begins.