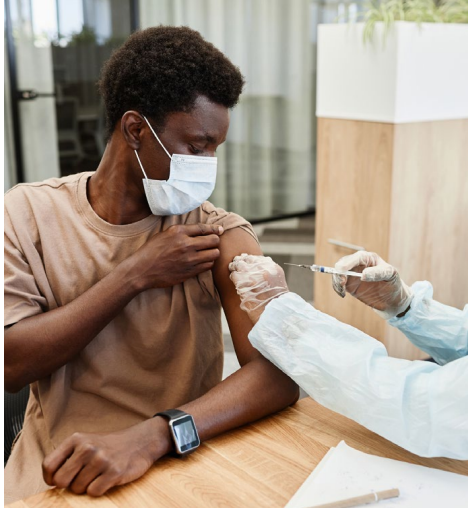 The Medicines Control Authority of Zimbabwe (MCAZ) announced that it has approved the use of long-acting injectable cabotegravir (CAB-LA) as pre-exposure prophylaxis (PrEP) for HIV prevention.

“The information submitted to support the approval of the product indicated that the product is safe, effective and of good quality. MCAZ is confident that the product will benefit those who receive it,” said Mr Farai Masekela, MCAZ Head of Evaluations and Registration.

WHO recommends that CAB-LA may be offered to people at substantial risk of HIV infection as part of comprehensive HIV prevention approaches. Two large studies showed that CAB-LA injections every 2 months were safe, well-tolerated, and highly effective in reducing the risk of HIV acquisition. WHO released comprehensive guidelines, calling for countries to consider this effective prevention option, and highlighted the need for implementation science to support its introduction. CAB-LA is the third PrEP product recommended by WHO for HIV prevention. Tenofovir-based oral PrEP was recommended in 2015 and the dapivirine vaginal ring, another long-acting product, in 2021. The availability of these 3 products provides increased choices for HIV prevention.

Until now, CAB-LA has only received regulatory approval in 2 high-income countries. The US Food and Drug Administration (FDA) approved its use for HIV prevention in December 2021, and Australia’s Therapeutic Goods Administration (TGA) approved it in August 2022. Zimbabwe is the first country in Africa, and first low- and middle-income country, to approve CAB-LA for HIV prevention.

“WHO welcomes the news that Zimbabwe has approved the use of CAB-LA, which will pave the way for its use, providing more safe and effective options for HIV prevention,” said Dr Meg Doherty, Director of WHO’s Global HIV, Hepatitis and Sexually Transmitted Infections Programmes.

There is considerable interest from communities in this new effective HIV prevention option.

“Accelerating HIV prevention for girls and young women requires an expansion of available choices. I am excited and proud to know that my own country, Zimbabwe, has approved the use of CAB-LA. This will contribute to our basket of HIV prevention tools that work for us as girls and women in Zimbabwe,“ commented Ms Nyasha Sithole, Development Agenda for Girls and Women in Africa Network (DAWA), Zimbabwe.

Regulatory approval is a crucial step in making CAB-LA available to individuals who could benefit from this new PrEP choice. WHO will support countries to design and develop programmes so that CAB-LA can be implemented, safely and effectively, for greatest impact. However, access to CAB-LA remains a challenge globally. Making CAB-LA available at an affordable price in low- and middle-income countries is critical.

WHO welcomed the announcement of a voluntary licensing agreement for patents relating to CAB-LA between ViiV Healthcare and the Medicine Patent Pool. WHO is working with a consortium of partners, including AVAC, Unitaid, the Global Fund, UNAIDS and PEPFAR, to support the immediate need for delivery of CAB-LA as well as future generic production.