What is in the latest BBI Bill? 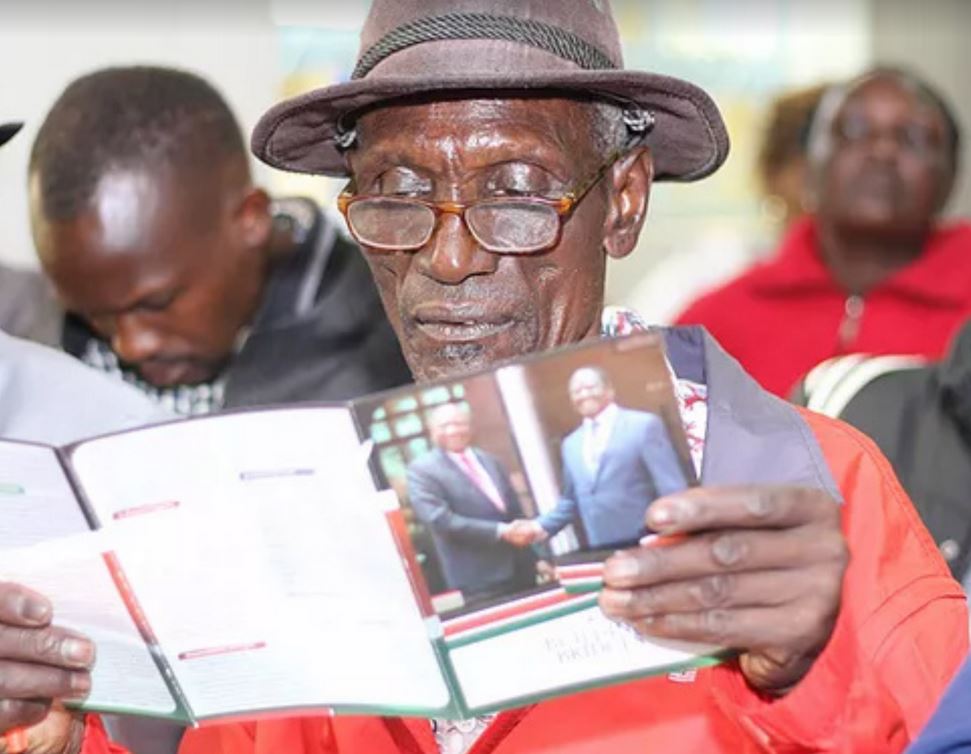 On the 25th of November, 2020, a newer version of the Constitution of Kenya (Amendment) Bill, 2020 was published by the Government Printers.

The object of this Bill according to its promoters, is to amend the Constitution of Kenya 2010 to address issues arising from its implementation. Of particular importance is the need to resolve issues of divisive elections and promote gender equity in governance. The amendment bill also seeks to strengthen the structure of devolution by increasing resource allocation to the counties while broadening mechanisms for all the people of Kenya to benefit from economic growth. The bill contains proposals to harmonise certain roles and functions of the bicameral legislature, it seeks to fortify national ethos by specifying the responsibilities of citizens while strengthening accountability on public resources and the fight against corruption.

The Constitution of Kenya (Amendment) Bill, 2020 seeks to amend Chapter Nine of the Constitution on the Executive to broaden the executive structure to achieve inclusivity, cohesiveness, and unity for the benefit of the people. The amendment introduces the office of the Prime Minister and two Deputy Prime Ministers, with leadership roles in the executive and Parliament. It also provides that Cabinet Ministers may be appointed from among members of the National Assembly.

Harmonisation of certain roles and functions of the bicameral legislature

The Bill seeks to amend Chapter Eight of the Constitution on the Legislature to remodel the parliamentary system by including the government in the National Assembly and to enhance the oversight powers of the Houses of Parliament. It is proposed that the Executive will be represented in the National Assembly by the Prime Minister, Deputy Prime Ministers, Cabinet Ministers Deputy Ministers and the Attorney-General.

The office of the Leader of the Official Opposition is established. The existing disqualifications for the members of the county assemblies from being qualified to be elected as members of Parliament are removed. The Bill further proposes to expand the composition of Parliament to give effect to the gender equity and equality of the vote principles.

The Bill seeks to enhance gender parity in the governance of counties by providing for the candidate of the county governor, in nominating a deputy governor, to consider a person of the opposite gender.

The return of the leader of Official Opposition

The Leader of Official Opposition and the Prime Minister shall not be members of the same political party.

The Bill also proposes to expand the period within which a Bill shall be referred to the President for assent from the current seven days to fourteen days. This is to allow for adequate time for consultations and refining of the bill by the institutions involved in the legislative process.

The Bill proposes to amend Article 115 (Presidential assent and referral) to remove the voting by delegation in the Senate. This is a consequential amendment flowing from the proposed repeal of Article 123.

The Bill seeks to amend Chapter Eleven of the Constitution on the Devolved Government to provide for further clarity on the nomination of members of the county assembly and powers of a county governor.

The Bill contains a proposal to change the nomination of candidates from being based on seats won to being based on the votes received by a political party in an election. Further, it seeks to align the term of county assemblies to the election cycle and provide that the special top-up seats shall expire after ten years, with the view that affirmative action measures ought to have time limitations.

The Bill proposes to remove the voting by delegation in the Senate as a consequential amendment flowing from the proposed repeal of Article 123.Clause 53 of the Bill proposes to provide for an Act of Parliament to establish a county assembly fund as one of the funds in a county.The Bill proposes the establishment of the Ward Development Fund. The Ward Development Fund shall comprise at least 5% of all the county government’s revenue in each financial year and ensures equitable distribution and development in the wards of money allocated or collected by the county government.

Ensuring all the people of Kenya benefit from economic growth

The Bill seeks to amend Chapter Two of the Constitution on formative aspects of the Republic to address regional integration, cohesion, shared prosperity and the centrality of the economy. The aspiration is to enhance Kenya’s standing and leadership in the region and to balance production and sharing.

The draft law  proposes to insert a new Article 10A that will recognise integration and cohesion of the eastern Africa region and Africa as integral towards achieving national economic goals. The provision obligates the State to take policy and legislative measures for the attainment of this ideal.

The Bill also proposes to insert a new Article 11A on Economy and shared prosperity, into the Constitution so as to anchor the aspiration of a new economic model based on value creation and that provides equitable opportunities for all the people, promotes industrialization and supports small and micro enterprises.

Fortify national ethos by specifying the responsibilities of citizens

The Responsibilities of a citizen are going to be introduced into the Constitution to inculcate virtues and engender the principles of national ethos, comprising the spirit of oneness, honesty and integrity and to set out moral principles to be adhered to by every citizen. The responsibilities include the duty to promote harmonious living with other citizens, to pay taxes and contribute to national development, among others. This Article seeks to give life to the words of our national anthem that when the individual thrives, the country thrives.

The Bill seeks to amend Chapter Ten of the Constitution on the Judiciary to provide for more transparency in the judicial processes. The proposed amendments provide for the finality of the decisions of the Court of Appeal in petitions concerning an election and limits the tenure of the president of the Court of Appeal and High Court to 5 years. The amendments further provide for the tenure of the Deputy Chief Justice and aligns it with that of the Chief Justice. The Bill further seeks to introduce the Judiciary Ombudsman as a non-voting member of the Judicial Service Commission.

The Bill proposes to establish the Office of the Judiciary Ombudsman which shall be responsible for handling complaints on the judicial process from the members of the public. The Judiciary Ombudsman will be a non-voting member of the Judicial Service Commission. The amendment further provides that elected advocates in the Commission shall not practise in the courts and tribunals in order to minimize potential instances of conflict of interest.

Strengthening accountability on public resources and the fight against corruption.

The Bill seeks to amend Chapter Twelve of the Constitution on Public Finance to streamline various public finance principles and processes to promote efficiency and ensure expenditures are directed to maximise utility.

The proposals promote the actualization of the rights guaranteed under Article 43 and strengthens devolution.

Clause 50 of the Bill proposes to expand the criteria for determining equitable share to include the need to eradicate corrupt practices and wastage of public resources the need to ensure the attainment of the economic and social rights guaranteed under Article 43 and ensure the average amount of money allocated per person to a county with highest allocation does not exceed three times the average amount per person allocated to a county with the lowest allocation.

Clause 56 of the Bill proposes to mandate the Controller of Budget to authorise the withdrawal of up to 50% of the minimum amount of the equitable share guaranteed to county governments, where the County Allocation of Revenue Act for a financial year has not been passed by Parliament before the beginning of that financial year.

The Bill proposes to free the preparation of county annual budgets from being based on the Division of Revenue Bill. This is in light of the fact that a county government can prepare its budget based on its own sources of revenue.

Clause 60 of the Bill proposes to shift the approval of the Controller of Budget from the National Assembly to the Senate.

of the population and boosts the taming of surveillance capitalism.

Youth Commission and the Police

The Bill proposes to establish and provide for the functions of the Youth Commission to, among others, promote the implementation of the rights of the youth under Article 55.

The Bill proposes the inclusion of the Prime Minister as a member of the National Security Council. It also proposes the inclusion of the Directorate of Criminal Investigations as a third arm of the National Police Service. The amendment further provides that the Directorate of Criminal Investigations shall be headed by a Deputy Inspector-General.