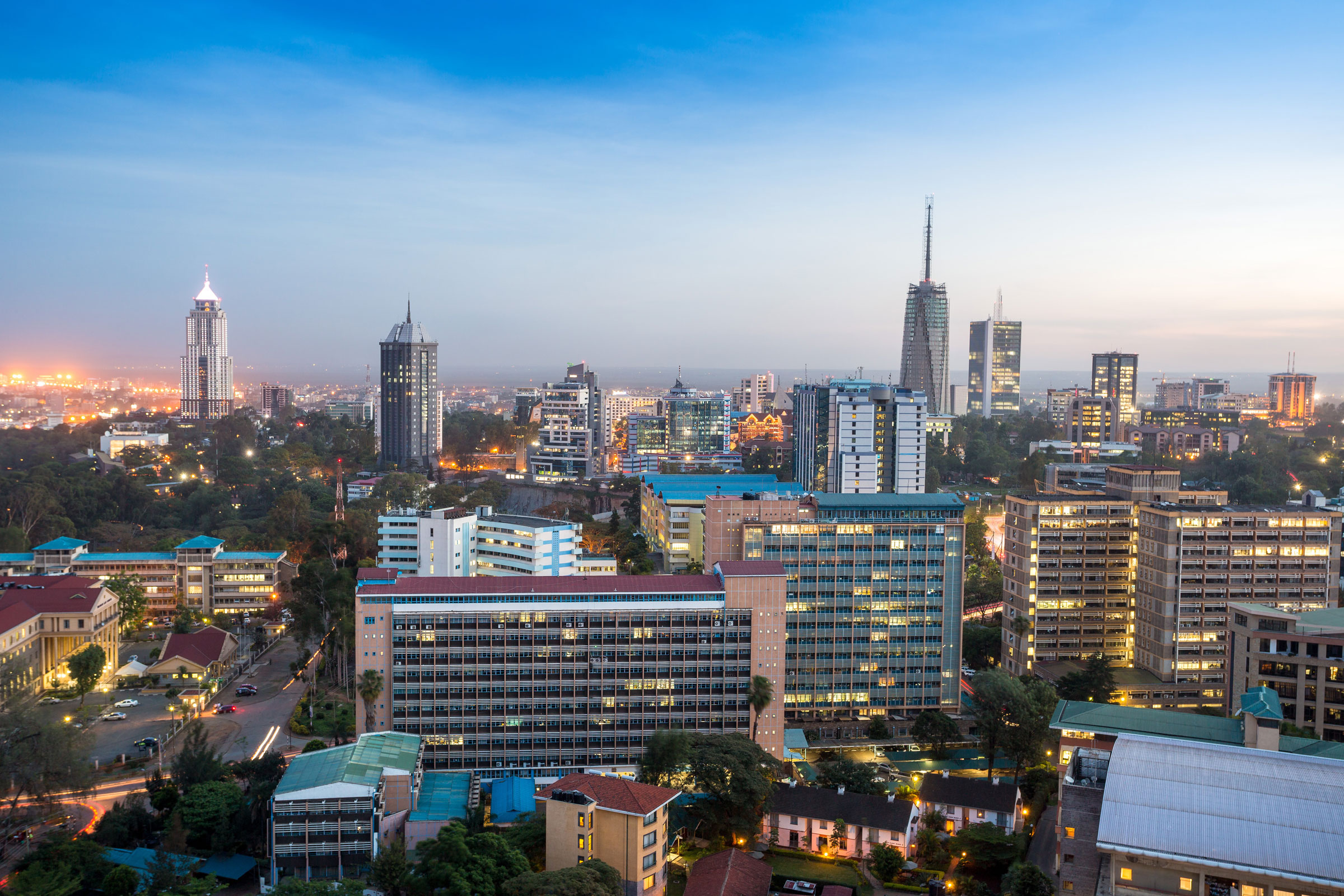 Foreign Direct Investment (FDI) inflow into Ethiopia reached 3.9 billion US dollars in the recently concluded 2020/21 fiscal year, says the country’s investment commission. The amount, recorded in the FY which ended on July 7, has shown nearly a billion jump as compared to the figure the East African nation attracted in the previous year.

The Ethiopian Investment Commission (EIC) said the encouraging performance in attracting the FDI, amid the security and Covid-19 pandemic induced challenges, could be attributed to several reasons. “The sale of the first private telecom license, however, has been the main factor,” said Henok Solomon, Communication Director of the EIC. A Global Partnership for Ethiopia, a consortium of telecom companies, won a telecom service licence offering a $850 million bid.

Italy on Thursday said the latest cooperation agreement its ambassador signed with the Ethiopian ministry of finance will boost the skills of women entrepreneurs to enter the leather industry.The two countries signed implementing agreements related to two programs within the Ethio-Italian Cooperation Country Framework.

The agreement signed between Ambassador of Italy to Ethiopia, Arturo Luzzi, and Yasmin Wohabrebbi, State Minister Finance, on July 1, particularly, focuses on supporting women “to enter or grow in the leather sector”, said the embassy of Italy in Addis Ababa.The program, with a budget of 1 Million Euro, aims at promoting entrepreneurial development and employment opportunities for women in the leather sector enhancing entrepreneurial skills, strengthening market linkages, and networking opportunities, it added.

Meanwhile, the two countries agreed another implementing deal on “building labour market intermediation that supports economic transformation in Ethiopia”.With a grant of 4 Million Euros, the overall objective of the project is to improve labour market outcomes for the rural population in Ethiopia by building effective Public Employment Services, according to the embassy.

The Kenya Information and Communications (Amendment) Bill sponsored by Gem MP Elisha Odhiambo targets to address concerns that Safaricom has become too big through its dominant market share in voice, mobile data, and mobile money. Progression of the matter however now looks bleak after only two out of 349 legislators showed interest in debating its content. This means Mr Odhiambo will have an uphill task convincing MPs to back his intentions to break up telcos.

Revenue generated from cargo and passenger services on the standard gauge railway (SGR) rose by 33 percent in the six months to June, lifted by a rebounding economy, official statistics show. Data by the Kenya National Bureau of Statistics (KNBS) shows that the passenger and cargo trains generated Sh7.936 billion in the period, up from Sh5.963 billion in a similar period last year.

It recorded 764,942 passengers in the six months to June, reflecting a 133.8 percent jump from 327, 097 passengers in a similar period last year. The increase in passenger numbers came around the Easter holidays, which normally see thousands of people travel to the coastal city of Mombasa, marking a high season for the SGR.

Trade associations have asked for immediate reopening of the economy and ending the Covid-19 containment measures issued by the Government to reduce the loss of livelihoods from the effects of the pandemic. The eight trade associations from across the retail, hospitality, transport, creative, and entertainment sectors also backed the motion in Parliament urging the Government to concentrate on measures to revive the economy and vaccinate more people.

The associations said there is confusion among business people on the orders from the President on the one hand and the Judiciary on the other on Wednesday evening. As the President extended the curfew and other containment orders, the High Court issued a determination that the orders issued to law enforcement agencies on the Covid-19 protocols are in breach of the Constitution. At the same time, there is a motion in the National Assembly urging the Government to do away with all forms of lockdowns and concentrate on measures to revive the economy and vaccinate more people.

Falling apartment prices in Kilimani and Kileleshwa weighed down the Nairobi property market into negative price growth in the 12 months to June, dampening hopes of a recovery in the sector hit hard by the Covid pandemic. A survey by realtors HassConsult found that on average, houses in Nairobi recorded a 1.7 percent price drop in the period, with oversupply causing apartment prices to fall especially in the upper middle class localities.

Affordability is also an issue due to the massive job losses and pay cuts experienced by many Kenyans in the past 15 months.

The half-year earnings are equivalent to 79 percent of the Sh19.6 billion the group realised in its full financial year for 2020, placing it on a recovery path from coronavirus-induced economic hardships that had hit profits.

According to the recent Cabinet meeting, public transport should not exceed 75 percent of passenger capacity. Nevertheless, Rwanda Utility Regulation Authority has not enforced the new tariff but urged the operators to operate with the usual tariff Rwanda Today’s mini-survey on a few upcountry routes established that the public transport users are forced to high fares, especially in the evening.

The Central Bank has reassured on economic recovery following the 2020 recession which was Rwanda’s first since 1994.The recovery is driven by sectors such as manufacturing, construction and agriculture which have a trickle-down effect across the entire country allowing resumption of activity. In 2020, Rwanda’s economy contracted by 3.4 per cent as a result of the covid-19 pandemic and measures to curb it. Following the Monetary Policy Committee (MPC) of the Central Bank chaired by Governor John Rwangombwa, the committee exuded confidence on Economic recovery citing agriculture, industry and manufacturing as key sectors.

Speaking to The New Times after the meeting, Rwangombwa said that they project recovery across the year buoyed by sectors such as Manufacturing, Construction, telecommunication services and financial services as well as the agriculture sector.

NMB Bank PLC yesterday unveiled a novel banking and insurance solution, which the government said will be decisive of the national digital inclusion agenda. The debut of NMB Mkononi Plus, according to the Chief Retail Banking Head, Mr Filbert Mponzi was yet another proof of the unrivalled innovation prowess of the bank in the market. The application is to serve all Tanzanians on digitally connected cell phones.

The imports of goods and services declined to 9,869.7 Million USD from 10,04.7 Million USD in the corresponding period last year with a significant decrease in travel payments, transport equipment, building and construction materials.

According to Bank of Tanzania monthly economic review, oil imports which constituted 184% of all goods imports, increased marginally by 1.3% to 1,576.7 Million USD mostly on account of the volume effect.

US hails Uganda for taking in Afghans

The United States on Thursday saluted Albania, Canada, Chile, Mexico and Uganda for agreeing to take in Afghans being evacuated in a major airlift after the Taliban victory.

Secretary of State Antony Blinken spoke by telephone with Albanian Prime Minister Edi Rama, who announced Sunday just as the Taliban were taking over Kabul that he had agreed to a request to accept hundreds of Afghans temporarily on their way to the United States. State Department spokesman Ned Price also offered appreciation to Uganda, where President Yoweri Museveni voiced willingness to take in Afghans temporarily, and said discussions were ongoing with several European allies to do likewise.

Price named Canada, Chile and Mexico as countries that have agreed to resettle Afghans and praised them for their generosity.The Canadian government said last week it will take in up to 20,000 Afghan refugees including women leaders, government workers and others facing threats from the Taliban. The United States has agreed to welcome on a path to citizenship tens of thousands of Afghans who served as interpreters or in other support roles in the 20-year US war effort that was ended by President Joe Biden.

While the outbreak of the COVID-19 pandemic has forced businesses to market and sell their products and services online, in what is called the new normal, women-led businesses are still struggling to have an online presence.

This is partly because of limited digital skills. Silicon Savannah Limited, a fintech in the digital payments space is offering women-led enterprises low-cost website development and e-commerce services to enable them move their businesses online and reach a wider customer base.

According to Silicon Savannah CEO Patrick Setuba, websites, when developed are integrated with the company’s Silicon Pay payment solution, to enable women entrepreneurs have a fully modern e-commerce store where they collect and control their funds in real-time. Setuba also notes that the company integrated the Silicon Pay solution in several women Saccos to help them ease collection of money through the platform and enhance accountability. The Silicon Pay solution is increasingly being used by businesses to ease payments.