Tough Choices ahead for Public Universities in Kenya 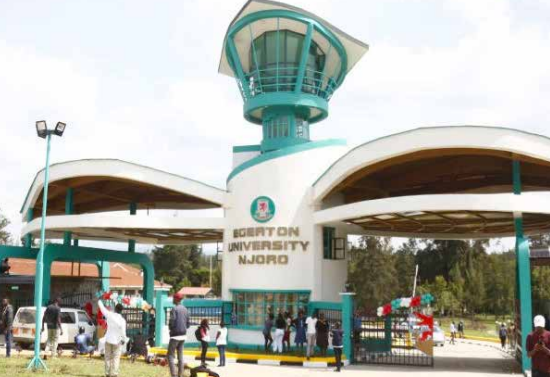 The recent unravelling of major public universities in Kenya points at an urgent need for reforms, with the task likely to be taken up by the next administration.

Moi University and Egerton University have been the latest tertiary institutions in financial trouble attributed to rapid unplanned expansion and a dip in student enrollment.

The problem is both financial and managerial. Universities rely on students’ fees and funding from the government, but they used to get a fair share of the revenue from student enrolment through the Module II (self-sponsored/parallel) courses.

With all the students who qualified for university education taken up by the government-sponsored programmes, there was a decline in student numbers in the parallel programme, then the biggest revenue generator for the public institutions besides government subsidies.

Poor financial management, reliance on short-term loans, ethnicity-driven hiring, and unfair labour practices have been noted as some of the factors that have crippled public universities.

At Egerton University, which was closed indefinitely after the teaching staff went on strike, the head of the lecturers’ union said the management had refused to address the problem of staff salaries, enhancements, and deductions for a long time. An audit report revealed that the university had not been remitting deductions for retirement benefits, insurance, and third-party deductions such as bank loans despite slashing them off staff’s pay.

Other commentators have cited the commercialization of public universities as the root cause of the current mess in higher education. A scholar and a social and political commentator, Dr. Wandia Njoya, argues that the commercialization of public universities poses two main problems. First, lecturers are not adept at business. Second, universities now spend more money on administrative aspects instead of academic and research aspects. Inevitably, this model of running universities was never sustainable, hence the current mess.

According to Dr. Wandia, the public university ought to be a public good with lecturers serving the public through education and robust intellectual engagement instead of being turned into a revenue-generating resource.

To address the turmoil in the higher education sector, the government is considering introducing a new formula of allocation of funds to public universities. The proposed new formula by the Universities Fund takes into account specific performance measures. The key performance indicators to be considered will be a four-year graduation rate, graduate employability rate (one year after graduation), and research inputs.

The World Bank has also expressed concern with the growing debt and deficit faced by institutions of higher learning in Kenya. In an advisory to the government, the World Bank has called for the merger of state corporations in the education sector which would, in turn, improve the efficiency of public spending on higher education and reduce spending pressures.

This means that the next administration will inherit a myriad of problems in the higher institutions that will need to be dealt with, and its bound to be quite a challenge given the complexity of the matter.