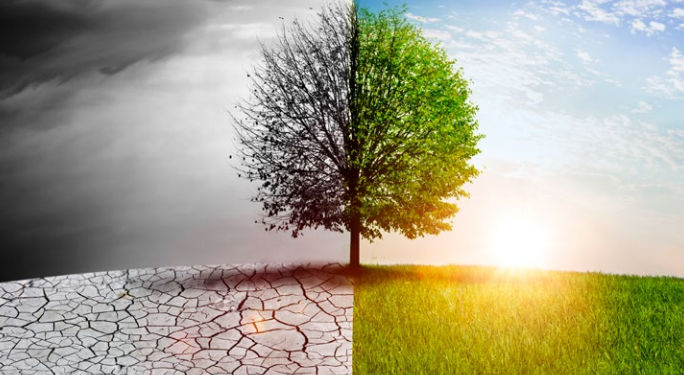 The United Nations Framework Convention on Climate Change’s (UNFCCC) Paris Agreement was approved in December 2015 and went into effect in November 2016. This agreement is the result of discussions that were started in 2011 at the 17th Conference of Parties in Durban with the goal of creating a legal instrument that would apply to all Parties and reduce greenhouse gas (GHG) emissions starting in 2020.

While biodiversity and ecosystems are threatened by climate change, IUCN (International Union for Conservation of Nature) consistently provided scientific and technical input to Parties in the years leading up to the Paris Agreement and emphasised that their conservation, restoration, and sustainable management produce significant and effective nature-based solutions to climate change. These affordable, regret-free solutions can support both adaptation and mitigation goals while also generating other significant economic, social, and environmental advantages, allowing Parties to simultaneously support other internationally recognized frameworks.

The Paris Agreement specifically calls on Parties to maintain and improve GHG sinks and reservoirs, including biomass, forests, and seas as well as other terrestrial, coastal, and marine ecosystems. It also recognizes the importance of promoting and ensuring environmental integrity.

The UNFCCC, one of the three Rio Conventions, seeks to stabilise atmospheric concentrations of greenhouse gases at a level that would shield the climate system from harmful interference.

Every country submitted its individual mitigation targets,  nationally determined contributions/pledges, for the Paris Agreement. Although country pledges are voluntary, the process of preparing, maintaining, and implementing these pledges is governed by legally binding obligations. Every five years, a country must prepare a new pledge that is more ambitious than the previous one. As a result, the Paris Agreement aims for long-term effectiveness and a gradual reduction in GHG emissions levels. The Paris Agreement essentially asks states to promise a level of mitigation that they are comfortable with, but it also forces them to meet their own targets. As a result, it strikes a balance between legally binding and nonbinding obligations. More importantly, it established a global response to climate change. This is because all countries are expected to contribute to GHG mitigation without regard for developed/developing countries. Nonetheless, developed Parties continue to take the lead, as the Paris Agreement recognizes the principles of equity, shared but differentiated responsibilities, and respective capabilities. As a result, the Paris Agreement has received widespread support.

The Paris Agreement established a transparency framework and global stocktaking to monitor pledge compliance. The transparency framework tracks each state’s progress, and everyone has access to this information. As a result, countries may feel obligated to keep their pledges because other countries, non-governmental organisations, or any other actor can monitor their progress. This is referred to as ‘naming and shaming.’ The transparency framework requires information on mitigation, adaptation, finance, technology, and capacity building from all states, but it requires more information from developed countries. In addition to the transparency framework, a global stocktaking mechanism for assessing collective progress is established. Stocktaking not only measures the level of mitigation, but also provides assistance in a facilitative manner. Stocktaking not only measures the level of mitigation, but also acts to facilitate mitigation and adaptation support. This will be done informally every five years beginning in 2018, and formally beginning in 2023. A mechanism to facilitate implementation and promote compliance was also developed. This mechanism consists of an expert-led committee that will submit an annual report to the Conference of Parties in a transparent and non-punitive manner. Finally, it revised the methods for transferring ESTs and the Paris Agreement’s Technology Mechanism. Although it is not possible to say that this revision will solve all of the problems associated with these methods, the Paris Agreement aims to improve them. As a result, it appears to be a well-designed agreement with increased contribution capacity to the mitigation of GHG than the Kyoto Protocol.