The COVID vaccine debate- Why is Africa not able to manufacture its own vaccine? 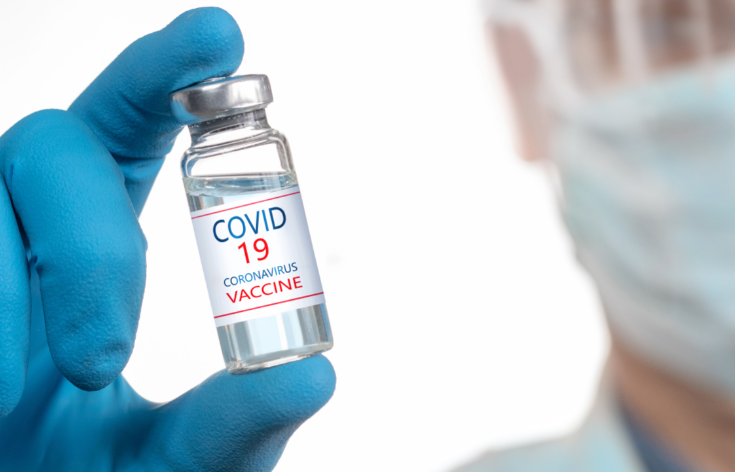 The ongoing COVID-19 (C-19) pandemic has and continues to expose the Africa’s weakness in its manufacture and supply of essential medicines and health equipment. This has also brought to the fore a recognition of Africa’s unwavering dependence on the importation of both pharmaceuticals and essential medical supplies. Although pharmaceutical products are currently manufactured in countries such as South Africa, Kenya, Morocco and Egypt, this accounts for less than 2% of all the medicines consumed on the Continent with more than 80% of its pharmaceutical and medical consumables being imported mainly from India and China for generics and other international laboratories for licensed drugs. Other medical equipment such as masks and medical equipment are equally imported from Asia.

A key consideration that would explain this would be finance. Presently, Africa has a health financing gap of about US$66 billion per annum, with a significant overreliance on developed countries as well as bilateral and multiagency entities. Governments in Africa spend approximately US$46 billion on health against the required US $114 billion in current dollars, a conservative estimate, that is likely to increase over the years. This financial gap continues to grow despite the vast potential of the health sector which is estimated to be worth $259 billion by 2030, with a potential to create 16 million jobs according to a UNECA report.

The question that begs then is: if we have the capacity to import and cognizant of the significant inherent opportunities, why not instead repurpose the funds to improve our manufacturing capacity? This would not only serve the growing market but also improve the Continent’s economy and reduce the overall debt. So what is stopping Africa?

The calls and opportunities for industrialization have been present since the 1990s. This was as a result of China’s increased demand for natural resources which were/ are abound in Africa. Optimists thought that this was a key turning point for the Continent and would have revived the waning manufacturing industry. Yet to the dismay of analysts, according to a paper published in 2016 by the Africa Renewal, it failed to live up to expectations. Instead of using the windfall to set up or stimulate manufacturing industries, African countries—with a few exceptions—wasted the money on non-productive expenditures. Ghana and Zambia, for instance, used profits from the commodity bonanza to solve short-term domestic problems, such as by increasing salaries for civil servants. Had African leaders instead used the funds from the commodity boom into stimulating manufacturing companies, the results could have been different. Some would argue that as a result, Africa has been at the cusp of lost opportunities.

That notwithstanding, there have been other challenges that have plagued Africa preventing further development and growth of manufacturing and industry. One of them as outlined by Dr. Janet Byaruhanga is Africa’s fragmented markets and weak regulatory frameworks. Also, inadequate human resource capacity impedes the growth of Africa’s pharmaceutical sector as do poor procurement and supply chain systems and policy incoherencies in countries’ trade, industry, health, and finance departments. Moreover, due to a lack of financial capacity, companies make little or no investments in research and development and in protecting intellectual property. “Up to a hundred manufacturers in sub-Saharan Africa are limited to packaging: purchasing pills and other finished drugs in bulk and repackaging them into consumer-facing packs. Only three—two in South Africa, and one in Ghana—are producing active pharmaceutical ingredients (APIs), and none have significant research and development activity.”

Furthermore, Africa does not have the numbers/ manufacturing capacity to compete. According to a 2019 study by McKinsey & Co. the continent overall has roughly 375 drug makers, most in North Africa; those in sub-Saharan Africa are largely clustered in just nine of 46 countries, and they’re mostly small, with operations that do not meet international standards. By comparison, China and India, have as many as 5,000 and 10,500 drug manufacturers, respectively. And the sub-Saharan market’s value is still relatively small, at roughly $14 billion compared with roughly $120 billion overall in China and $19 billion in India.

Despite these challenges, Africa developed nearly 200 C-19 vaccines that were under trial as at the last quarter of 2020. About 138 of them were at the pre-clinical stage (not yet in human trials), while 27 of them were in phase one (small-scale safety trial), 17 were in phase two (expanded safety trials), 7 in phase three (large-scale efficacy trials) but none was formally approved for general use. This inadvertently reduced Africa to once again “spectator/ recipient status” of development rather than co-creators. Nonetheless, the efforts made by African scientists should be heralded as they clearly demonstrate the Continent’s capacity for pharmaceutical manufacturing.

Beyond the obvious and the factors highlighted above, according to recent UN forecasts, the African continent is expected to nearly double its population by 2050, from 1 billion to nearly 2.4 billion inhabitants. This is a significant market base and with the onset of the AfCFTA, the unrestricted movement of goods and people certainly does provide a great impetus.

The value of the East African Community (EAC) pharmaceutical market alone is estimated at $1.74 billion with a compound annual growth rate (CAGR) of 10% (2007–14). According to the Kenya Pharmaceutical report, Kenya Pharmaceutical market was estimated at $1 billion in 2018, with 35 licensed Pharmaceutical manufacturers. Healthcare expenditure in Kenya is expected to increase to Kes. 541.1bn (USD4.6bn) in 2024, with a registered decline in healthcare expenditure as a percentage of GDP rom 4.1% in 2019 to 2.7% in 2029. The sector’s value will grow to Kes 734.7bn (USD5.9bn) in 2029, posting a compound annual growth rate (CAGR) of 5.9% in local currency and 3.9% in US dollar terms over the 10-year period. Whereas the returns appear to be minimal compared to the level of investment needed coupled with the exposure of vulnerabilities to any major economic downturns, fact remains that the long-term benefits outweigh the risks.

So how would we go about Enhancing the Continent’s Pharmaceutical Capacity?

One of the recommendations, as part of the Pharmaceutical Manufacturing Plan for Africa (PMPA), should be to focus on establishing industry clusters among the smaller countries. Given that pharmaceutical manufacturing is only suitable in a few number of countries, smaller states can choose to come together and set up a regional hub provided that there is regulatory congruence.

Further, synergies would have to be developed between private actors, development finance institutions and public authorities. The latter tend to already be faced with limited budgetary resources and are increasingly calling on private actors to play a complementary role in health product supply and distribution systems.

Another key recommendation is to develop sufficient production capacity. In general, production/ manufacturing is not necessarily at its optimal which has given way to importation. However, with sufficient incentives and an enabling business environment, through PPPs perhaps, African countries would be able to scale production to meet demand and export. Further, while scaling production, it would be imperative that quality is also enhanced. This would also include enhancing regulation in the fight against counterfeit and substandard drugs.

In conclusion, the bottom line is that pharmaceutical manufacturing in feasible in a considerable part of the Continent challenges notwithstanding. As such Governments must consistently and persistently work towards: strengthening the regulatory systems and establishing a one-stop-shop for information, data and business intelligence for industry players—governments, the private sector, and so on. To boost local pharmaceutical production and in turn improve public health outcomes, the PMPA business plan strongly encourages the procurement of medical products from Africa-based companies.  There is a need for this form of strategic support for Local Pharmaceutical Production (LPP).