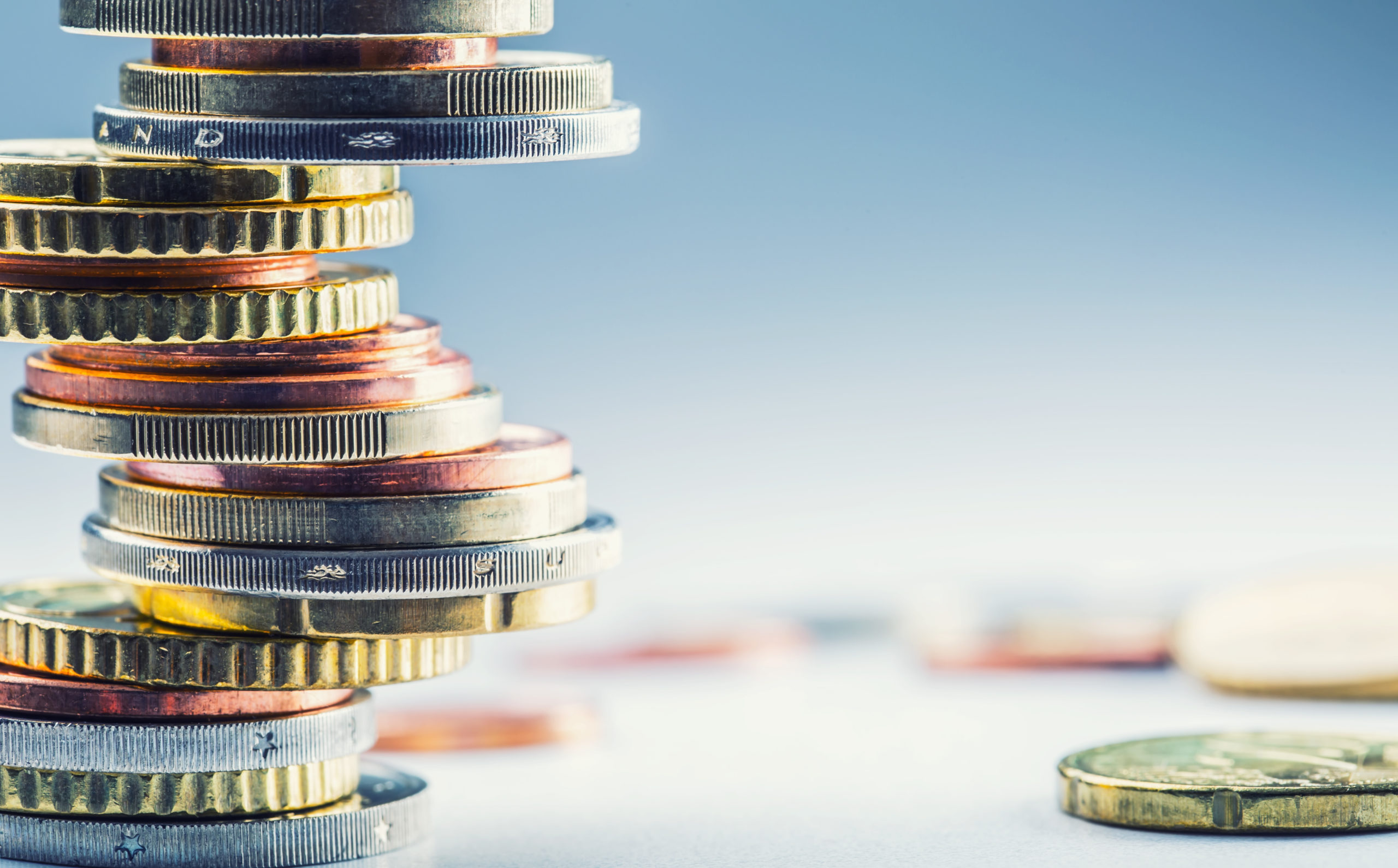 The Consolidated Government Investment Report 2019/2020 (“the Report”) is put together in accordance with Section 89 of the Public Financial Management Act, 2012.  The Section requires the Cabinet Secretary for Public investments to submit to Parliament, a detailed status of Government Investments for each Financial Year. In particular, the Report should outline among other things, shareholding, the amounts of funding in the form of grants, subsidies, loans or guarantees, the cumulative amount of undischarged loans and guarantees, profit and any revenue received by the national government from the state corporation, including dividends. The 2019/2020 Financial Year (FY) Investment Report provides for these particulars of the National Government participation in State Corporations and Government Linked Corporations as follows:

A summary of the National Government involvement in Public Investments in the 2019/2020 FY, is that internally generated revenue by State Corporations was Kshs. 603,158 million. This was a 4% decrease from the year 2018/2019 FY which was Kshs. 625,346 million. The marginal drop was attributed to the impact of Covid-19 in the last quarter of 2019/2020 FY. In terms of GOK shareholding, in nominal terms it was Kshs. 102,389 million as compared to Kshs. 102,634 million in 2018/2019 FY. The marginal decrease in GOK shareholding was mainly attributed to the Kenya Commercial Bank takeover of National Bank.

In regards to assets, there was an increase by 7% from Kshs. 5,157,646 million in 2018/2019 FY to Kshs. 5,503,569 million in 2019/2020 FY. This increase was attributed to the growth of infrastructure development under railways, roads and energy. For instance, Kenya Railways’ total assets amounted to Kshs. 539,909 million due to the investment in the Standard Gauge Railways SGR under Phase Two “A” and KENHA due to investment in the road sector.

State corporations generated approximately Kshs. 603, 158 Million in the 2019/2020 FY which accounted for about 53% of total revenue generated within the State Corporations subsector with the reminder (47%) coming from Government grants. It is notable that the State Corporation under the Ministry of Education received the highest transfers of recurrent grants at Kshs. 64,951 Million in 2019/2020 FY accounting for 27% of total allocation. This allocation was mainly due to public universities, State Corporations under the Ministry of transport, infrastructure, Housing and Urban development received recurrent grants amounting to Kshs. 57,203 million, accounting for 24% of total allocations.

In regards to allocation of Development Grants in the 2019/2020 FY, state corporations under the Ministry of transport, infrastructure and Housing account for 57% of the total allocation at Kshs. 167,873 million. State Corporations under the National Treasury and Planning received 14% of Development Grants in 2019/2020 FY at Kshs. 42,429 million while those under the Ministry of Water, Sanitation and Irrigation received 11% at Kshs. 31,117 Million. The remaining 18% was allocated to State Corporations in the other ministries.

The Report notes that Financial Reporting by Commercial State Corporations is in accordance with the International Financing Reporting Standards (IFRS) while financial reporting by non-commercial State Commercial reports is in accordance with International Public Sector Accounting Standards (IPSAS). During the 2019/2020 FY, State Corporations posted accumulated profits/surplus amounting to Kshs. 36,298 Million compared to Kshs, 43,588 Million posted in 2018/2019 FY. The dire decrease in net profit is largely attributed to the huge losses posted by Kenya Railways Corporations which posted a net loss of Kshs. 24,178 Million in 2019/20 FY compared to Kshs. 8,477 Million in 2018/2019. State corporations under the Ministry of Information, Communication and Technology, Ministry of Education, Ministry of Industrialization, Trade and Enterprises Development and Ministry of Health posted accumulated losses/deficits amounting to Kshs. 9,220 Million, Kshs, 2,776 million, 2,381 and 1,397 Million respectively in the 2019/2020 FY.

Additionally, GOK received a total of Kshs. 100,541 Million from its investments in State Corporations and other Government linked corporations in form of dividends, surplus funds recall, loans redemption and interest payments and directors’ fees in the period under review. The good performance in investment revenue receipts for 2019/2020 FY was as a result of mop-up of monies in State Corporations that were not required for immediate use by the respective state corporations to the National Exchequer.

Moreover, the total undischarged GOK loans to State Corporations stood at Kshs. 928,869 Million by the end of the 2019/2020 FY compared to Kshs. 829,094 Million in the 2018/19 FY and Kshs. 718,318 Million in 2017/18. This increase was attributed to loans procured by the government and on-lent to Kenya Railway Corporations for the implementation of the Standard Gauge Railway. Consequently, the Kenya Railways had the highest stock of undischarged GOK on-lent loans at Kshs. 539, 270 Million.

In addition, during the 2019/2020 FY, the loan obtained by the State Corporation sector was Kshs. 113,592 Million down from Kshs. 260,359 Million in 2018/2019 FY. The decline of loans obtained during this period was as a result of lower drawdown of China Exim SGR loan as Phase 2A of the SGR was completed. The total indebtedness (total liabilities including current liabilities) amounted to Kshs. 1,206,398 Million in 2019/2020 FY, of which total discharged (outstanding) GOK loans amounted to Kshs. 928,868 Million.

It is important to note that the receipts by the National Treasury from State Corporations and Government linked companies are in form of dividends, loan repayments and interest on loans, surplus remittances and director’s fees. In the 2019/20 FY, the total receipts by the National Treasury amounted to Kshs. 100,541 Million while receipts from dividends, surplus funds and directors’ fees during the period under review were Kshs. 96,404 Million representing 96% of total receipts. The highest amount of dividend was from Safaricom at Kshs. 26,222 Million. Additionally, the revenue receipts by Government from State Corporations in respect of Loan Repayment and Interest Charges amounted to Kshs. 1,525 Million and Kshs. 2,612 Million respectively.

In a bid to institutionalize good governance in the management of Public investments in order to get full value of Public investments, the National Treasury issued Treasury Circular No. 20/2020 on Public Investments Management Guidelines. They provide a framework for an efficient and effective management of public investments by ensuring that projects are thoroughly scrutinized and appraised and, that only projects that have a positive economic return are pipelined for funding and implementation. The National treasury also issued Treasury Circular No. 10/2020 on pending Bills. The circular was issued to remind accounting officers of State Corporations to clear all outstanding pending bills by June, 30 2020. They were also required to put in place administrative measures to avoid further accumulation of pending Bills. During the Year, the Treasury also issued guidelines on National Assets and Liability Management. The guidelines are aimed at promoting accountability on assets and liability management.

In accordance with the 2013 recommendations by the Presidential Taskforce to merge some state Corporations, in the 2019/2020 FY the Government concluded the merger of Brand Kenya and Export Promotion Council to form Kenya Export Promotion and Branding Agency (KEPROBA). The mandate of KEPROBA includes advocating, coordinating, harmonizing and implementing export promotion, national branding initiatives and policies that promote Kenyan goods and services in export markets. The Merger process of ICDC, TFC and IDB capital is still ongoing and is expected to be concluded in 2020/2021 FY. In regards to privatization of sugar companies, the Report notes that a decision has been reached to proceed with privatization of the companies by way of long-term lease model which will transfer the Rights of Use (ROU) pf each factory to the lessor for developments and operation.

Caution: The numbers given are largely un-audited. Care should be taken when interpreting them.