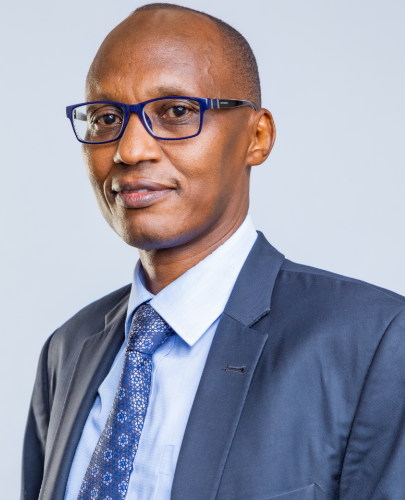 In the course of the day-to-day tax administration process, tax disputes are inevitable. Tax disputes arise especially where a taxpayer disagrees with a decision made by the Commissioner on a given tax matter.

There are various legal frameworks that have been put in place to settle such disputes, including the normal litigation framework and out of court arrangements. Given the lengthy and time consuming procedures characteristic of the litigation process, there has been a growing shift from court settlements to out-of-court settlements.

The Tax Appeals Tribunal (TAT) is one such out-of-court framework that has continued to gain traction as far as resolution of tax disputes is concerned. The TAT framework, which is premised on the Tax Appeals Tribunal Act, 2013, was established in November, 2013. Membership of the TAT include among others, tax experts like retired KRA officials, business persons who understand tax processes and lawyers. Since its operationalisation, the TAT has been a handy tool for both the Kenya Revenue Authority (KRA) and the taxpayers as it has enhanced efficiency in the resolution of tax disputes.

The TAT has continually undergone various enhancements in order to bolster its efficiency and capacity in the management of tax disputes. The most recent enhancement to be effected at the TAT, which took effect in January this year, is the deployment of members of the TAT on a full time basis. In the prior years, members of the TAT would meet on a periodical and ad hoc basis which would in turn affect the efficacy of TAT is resolving tax disputes.

Deployment of member of the TAT on a full time basis means more time for the TAT to hear and conclude more cases within the shortest time possible. Expedited determination of cases before TAT will also mean more revenue been released for collection by KRA. Other measures that have been put in place to boost the operations of the TAT include deployment of more researchers, better working environment and procurement of motor vehicles to ease the movement of the staff.

Between January and March this year, 72 appeals have been heard and are pending judgement. This shows quite some progress since the directive to have the tribunal sit on a full-time basis was effected in January. Besides the cases so far heard before the TAT, another 84 appeals with revenue of above Ksh 300 million each are set to be determined within 50 days.

Another reason that has led to the increase in popularity of the TAT is a High Court directive issued a while back directing all appellants with tax disputes to file their appeals with the TAT as the first court of instance. Prior to this directive, filing of tax dispute appeals would be done haphazardly thereby affecting resolution efficiency of the disputes. Following this directive, tax appeals are only admissible to the High Court after they have gone through TAT which has brought order to the tax dispute resolution process.

As an alternative avenue for resolving tax disputes, TAT has continued to gain monumental traction among taxpayers locked in tax disputes with the taxman. Why are taxpayers embracing TAT as an alternative avenue in resolution of their disputes?  First, there is less formality at the TAT as is characteristic of the normal judicial process thereby making the process more comfortable for the taxpayers.

Secondly, unlike the normal judicial process where the filing fees are determined by the amount of revenue in question, the TAT charges a flat rate of Ksh. 20,000 which is modest. In addition, taxpayers who file appeals with the TAT are at liberty to either represent themselves or be represented by a tax agent. This is unlike the judicial process where one must be represented by a lawyer and this could be expensive.

Time factor is a very key aspect in the resolution of disputes. Taxpayers are continuously embracing the TAT because of the duration taken to hear and determine a case. According to the TAT Act, 2013, appeals should be heard and determined within 90 days. With the now enhanced capacity of the TAT, the resolution rate is set to improve significantly.

It is however important to note that not all tax disputes qualify for a hearing and determination before the TAT in accordance to Section 52 of the Tax Procedures Act. Such cases include an appeal challenging an assessment, an appointment to be a tax representative and a determination of the amount that a tax representative is liable to pay. Others include a case of self-assessment, a refund decision, a decision requiring repayment of a refund and a demand for a penalty.

As mentioned earlier, tax disputes are a normal occurrence in the course of tax administration. Taxpayers should therefore continue embracing resolution of their disputes through the tribunal for expedited decisions.