12th November 2021 Political Round Up 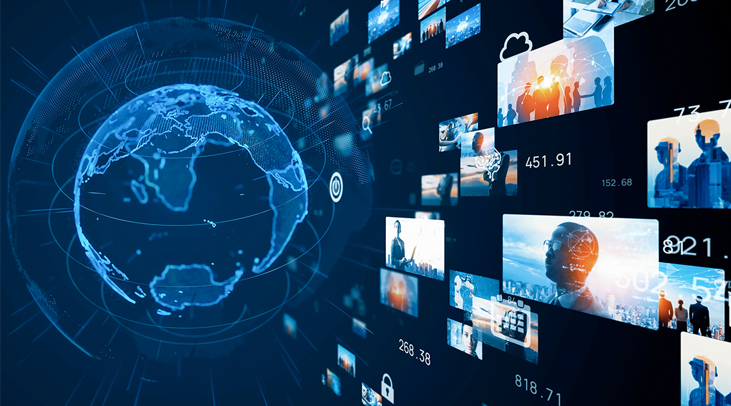 Timelines and their implications

The Court of Appeal upheld the High Court’s decision that nullified the Building Bridges Initiative (BBI) Referendum Bill process. The Attorney-General appealed the judgment at the Supreme Court. On November 9, 2021, the Supreme Court gave directions as to the hearing and directed the parties to file and serve their written submissions within 15 days. The hearing is set to run from January 18 to 20, 2022. Going by the Supreme Court Rules, 2020, the Supreme Court is required to deliver the judgment within 90 days of the last day of the hearing. As such, we can expect the BBI appeal judgment to be rendered by the court not later than April 20, 2022.

Scenario 1: Supreme Court disagrees with Court of Appeal and rules that BBI process is constitutional – The Supreme Court ruled the BBI referendum was constitutional and gave the IEBC green light to proceed with the process. Given that the August 2022 General Election cycle has officially kicked off, it is more likely that IEBC may push to have the referendum conducted in 2023. Also, considering IEBC’s recent complaints on its budget constraints, the push to have the referendum conducted later after the General Election is plausible.

The Supreme Court rules referendum is unconstitutional thus maintaining the status quo. Whichever way it goes, the BBI appeal judgment is going to be a major test on the Martha Koome-led bench. The case is arguably the most significant one to be heard by the Supreme Court under the leadership of Chief Justice Koome. Unlike her predecessor Justice Maraga, Koome has been perceived as one to play ball with the Executive. If the Court rules in favour of BBI, Justice Koome is likely to be viewed as dancing to the ‘Reggae tune’. It may very well cement the notion that the Supreme Court is pro-government.

The IEBC registered a total of 1,519,294 new voters by the end of the Enhanced Continuous Voter Registration exercise that came to a close on November 5, 2021. This number represents 25.3% of the targeted six million eligible voters. Some 421,057 registered voters transferred their details to new centres. The Commission will now target registration of Kenyan citizens living in the diaspora starting from December 6, 2021. The exercise is expected to run for a period of 15 days with the last day of registration being December 20.

Tanzania may soon have a data protection law in place. Recent statements from the Ministry of Information and Communications Technology indicate that the Ministry is in the final stages of preparing the legislative Bill. According to Mr. Jim Yonazi, the deputy permanent secretary, the new law would require anyone who collects personal data to protect them in accordance with the law.

Clamour for a data protection law in Tanzania is steadily gaining momentum. The Citizen reports that people are increasingly using the internet where there is risk of breach of privacy, yet the process to enact the law has kept dragging on. “We need proper mechanisms for collecting personal data and ensuring our data is safe. We also advocate for the formation of an independent body that will supervise this,” said Jamii Forums founder Maxence Mello. Mello has been championing for the enactment of the data protection law and had filed a case back in 2016 demanding legal protection of privacy.

The Personal Data Protection Office (PDPO) in Uganda has issued a press release dated November 2 on the requirement for every person, institution or public body collecting or processing personal data to register with PDPO. This follows the operationalization of PDPO in August 2021 following the passage of the Data Protection and Privacy Regulations, 2021. Notably, the PDPO has provided a grace period of up to the end of December 2021 for the registration process and intends to roll out non-compliance enforcement measures in January 2022.

Every data collector, data processor or data controller is required to register with the PDPO. The registration validity period is one year and is renewable within three months before the date of expiry of the registration. Failure to register or renew registration is an offence which attracts a fine of not more than USHS 120,000 or a term of imprisonment not exceeding three months or both.

A draft law seeks to amend the Rwanda Income Tax law 016/2018 of 13/04/2018. The taxable monthly income amount will be raised from the current Rwf 30,000 to Rwf60,000. The development is in line with reducing the tax burden on low-income formal workers and promote employment.

The draft law also clarifies that a taxpayer is not required to file their annual tax declaration if they have an annual turnover of less than Rwf2 million. Under the new Bill, the number of payments subject to withholding tax of 15 percent, has been extended to cater for gaming activities.

According to the New Times, In order to attract experts and investors within the framework of activities related to Kigali International Financial Centre (KIFC), the draft law provides that a person who works as an expert or a professional directly for an entity carrying out KIFC activities, who was not resident at any point in the five years immediately prior to becoming resident in Rwanda, will be exempted from personal income tax on foreign-sourced income during the first five years following the date of becoming its resident.

With the Ethiopian crisis rapidly escalating, UN political chief Rosemary DiCarlo has said the risk of Ethiopia “descending into widening civil war is only too real”, adding that the political repercussions of “intensifying violence in the wider region would be immense, compounding the many crises besetting the Horn of Africa”. Following the call for Addis residents to take up arms and defend the capital, the Addis police have now extended the private weapon registration time to November 12.

More than 7 million people need humanitarian assistance in Northern Ethiopian and an estimated 400,000 people in Tigray are living in famine-like conditions. Lack of access has forced humanitarians to scale-back aid, just as life-saving humanitarian needs escalate rapidly in the neighbouring Amhara and Afar regions, as large numbers of people flee the spreading conflict.

People are fleeing over the border into Sudan while the U.S. and other countries are urging their citizens to leave Ethiopia immediately. AP News reports that those fleeing the western Tigray communities of Adebay and Humera have described warnings from Amhara authorities against supporting the Tigray forces. The accounts confirm warnings by the U.S. and others that Eritrean soldiers remain in the Tigray region, and they indicate that pressure is growing on Tigrayans of mixed heritage who have tried to live quietly amid what the U.S. has alleged as ethnic cleansing in western Tigray.

According to Reuters, Ethiopian authorities have detained at least 16 U.N. staff and dependents as well as more than 70 outsourced drivers working with the U.N. The reason for their detention is not yet clear although there have been reports of widespread arrests of ethnic Tigrayans in the Capital.

President Uhuru Kenyatta has called upon the two warring sides to stop hostilities and end the suffering of their people. Undoubtedly, Kenya is worried about an influx of refugees and a humanitarian crisis on its doorstep.

Following the release of the Joint Investigation Report into Alleged Violations of International Human Rights, Humanitarian and Refugee Law Committed by all Parties to the Conflict in the Tigray Region of Ethiopia, the Eritrean Ministry of Foreign Affairs issued a press statement which in essence found most of the report to be wanting. According to the Ministry, the Report provokes a host of critical legal, methodological and factual issues as well as matters of precedence, and, international norms and practices.

In the first place, Eritrea maintains that the Ethiopian Human Rights Commission (EHRC) and particularly its Director, Mr. Daniel Bekele, has a long history of disdain and enmity towards Eritrea.

It also raises issues of legality and propriety particularly on the UN Office of High Commissioner for Human Rights (OCHCR) acceptance of invitation from EHRC to participate in the Joint Investigation.

The statement rebukes certain UN Agencies who, according to Eritrea, have and continue to endorse TPLF’s war of insurrection. According to the statement, Eritrea had duly communicated to the UNSG, earlier in the year, its concerns on the unacceptable collusion of some UN agencies with the TPLF.

Eritrea’s response to the Joint Investigation Report is one that calls into question the neutrality and professionalism of those involved in the Joint Investigation. It also questions the validity of the Report and ends by reiterating Eritrea’s full compliance with all the principles and provisions of International Human Rights, Humanitarian and Refugee Laws that it is a signatory of. In conclusion, Eritrea promises to undertake rigorous investigations to ensure accountability in the event of a credible and verifiable violation of these laws by any member of its Defense Forces.

Current developments in Sudan reflect the failing negotiations between Sudan’s army chief General Abdel Fattah al-Burhan and the ousted civilian Prime Minister Abdalla Hamdok. Barely a month after the army took control of the government and declared a state of emergency, al-Burhan has appointed a new governing Sovereign Council amid protests that the appointees are former Senior Bashir-era officials. Anti-coup protesters in the east of Sudan’s capital, Khartoum, reacted to al-Burhan’s move by blocking roads and burning tyres, witnesses reported to Aljazeera. The move implies that al-Burhan is tightening his grip on power.

The appointments coincided with a closed meeting of the United Nations Security Council to discuss the crisis. The U.N. secretary-general, Antonio Guterres, said the developments in Sudan were “very concerning” and called for “a return to the transition as quickly as possible,” his spokesman, Stéphane Dujarric, told reporters in New York.

Analysts say that the move to appoint members of the Council deflects attention from Burhan to a wider group that is normally responsible for governing while at the same time consolidating the army’s hold on power.

A study conducted by the Global Initiative against Transnational Organized Crime (GITOC), a Geneva-based think tank indicates that Guns supplied by Iran to its Houthi allies in Yemen are being smuggled across the Gulf of Aden to Somalia. “Over the course of eight months, GITOC research documented over 400 illicit weapons in 13 locations across Somalia, the presence of which serves as a fingerprint of the spillover of the arms from the Yemen conflict into Somalia,” said the report.

It is the first publicly available research into the scale of illicit arms smuggling from Yemen into the Horn of Africa country. According to the study, the proliferation of arms related to the Yemen conflict in Somalia has potentially serious security implications for Puntland and for the country as a whole, as well as for neighbouring Ethiopia and Kenya.