8th-10th December 2020 Parliamentary Round Up 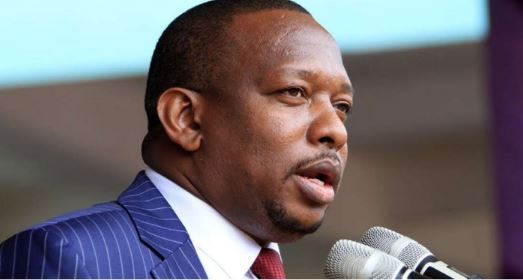 Both Houses of Parliament are on recess and expected to resume on Tuesday, February 09th, 2021.

IMPEACHMENT OF THE GOVERNOR OF NAIROBI CITY COUNTY

Though on recess, Senate held a special sitting to consider a Motion for the proposed removal by impeachment of the Governor of Nairobi City County. The Motion cited the following as the grounds for the removal of the governor–

The National Assembly is set to approve the Agreement for the Avoidance of Double Taxation between Kenya and Mauritius (‘the DTA’) upon the end of its long recess.  The Departmental Committee on Finance and National Planning considered the DTA and tabled it before the House for approval on Tuesday, December 1, 2020. The DTA was initially signed by the parties on 7 May 2012 and was consequently published in the Kenya gazette on 23 May 2014.

The High Court of Kenya however nullified the DTA in March 2019 on the grounds that it was not tabled before Parliament. It was then that on 10 April 2019, the President of Kenya signed the Agreement when he made a visit to Mauritius. Consequently, key stakeholders of the country developed protocols to amend the specific Articles of the Agreement which was then subsequently published in the Kenya Gazette by the National Treasury on 30 June 2020.

It is notable that the DTA confirms and makes additional commitments to the cooperation, political and economic stature that subsists between the two countries. The DTA encourages tax compliance by residents of both countries. Importantly, it provides for reduced withholding tax rates on dividends, interest and royalties. It also addresses other crucial matters including the exchange of information between Kenya and Mauritius as well as mutual agreement procedures and how income derived by residents from the contracting states will be charged.  In addition, the DTA also provides information on how profits of an enterprise from the operations or rental of ships, aircrafts and international traffic shall be taxed.

As a result of the Court decision nullifying the DTA, the DTA made its way to Parliament. However, the Committee noted that as the DTA had already been signed by the time it was being laid before the House, no requisite changes would be made by the House even though public participation was held. It was thus recommended that the Law should be amended to allow Agreements to come under the Treaty Making and Ratification Act to allow Parliament to review and improve on the Agreements.