Insights into the American Election 2020 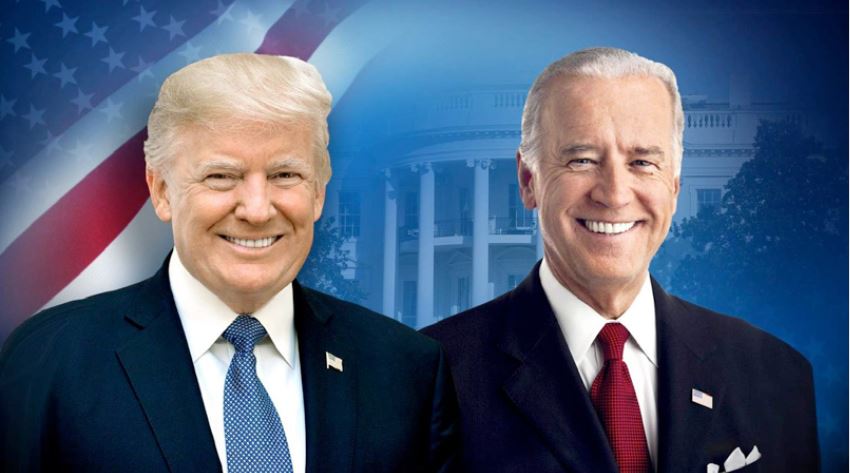 US President Donald Trump is vying for a second term against the Democratic Party candidate and former Vice President, Joe Biden.

American elections are different from the one man one vote system that is the norm in other democracies. When Americans cast their ballots for the presidential vote, they actually vote for a representative of that candidate’s party known as an elector. There are 538 electors who then vote for the president on behalf of the people in their state.

Each state is assigned a certain number of these electoral votes, based on the number of congressional districts they have, plus two additional votes representing the state’s Senate seats. Washington DC is also assigned three electoral votes, despite having no voting representation in Congress. A majority of 270 of these votes is needed to win the presidency.[1]

As of 2000hrs EAT, Joe Biden was leading with 253 votes with Donald Trump coming in second with 214 votes.

With all signs showing that Joe Biden is likely to win, the big question is what a Biden presidency is likely to mean for Africa:

Experts hope that a Biden presidency would engage Africa as a continent not just a collection of countries. Many hope that there will be an Africa Summit in Washington which was last witnessed in 2014 during Barack Obama’s administration.

Pundits also think that a Biden administration would take a more nuanced position on China than Trump has, which means that it may not see it as a rival in Africa, but also recognizing its contribution to Africa and working with it to the continent’s benefit.

There is hope that there will be a focus on negotiating reciprocal free trade agreements with Africa that would replace the non-reciprocal African Growth and Opportunity Act (AGOA) which allows exports from eligible African countries into the US, duty and quota-free.

However, veteran US Africa correspondent Howard French and New York Times opinion columnist Bret Stephens have suggested that a president Biden would do no better than just reset US Africa policy to what it was under Democrats Bill Clinton and Barack Obama – which is way too little.[2]

Under Republican President Bush, Africa got healthcare funding that helped it deal with HIV/AIDS in the first decade of the millenia, some which was reduced under Obama as he was keen on ensuring that Obamacare was a success.

The Biden presidency is also seen as a significant opportunity to break the highest and hardest glass ceiling:

If Biden wins, Kamala Harris will be the first female and minority Vice President. This will be a first after President Barack Obama’s presidency. Previously, the highest ranked woman in the US has been Madeleine Jana Korbel Albright who served as the first female United States Secretary of State in U.S. history from 1997 to 2001. The second female Secretary of State was Condoleezza Rice who served from 2005 to 2009 and Hillary Clinton served from 2009 to 2013.

This is not to negate the significance of Hillary Clinton’s nomination to the Democratic Party and the first woman in American history to win the popular vote in a presidential election.

Kamala’s win will in its own right signify a step towards the finishing line, in a journey started by Victoria Woodhull, the first female presidential candidate with the Equal Rights Party in 1872, long before women were allowed to vote in the US. Other than Kamala, there has been Geraldine Ferarro (1984) and Sarah Paylene (2008) who have also been VP nominees to major parties.

Should Biden/Kamala win, this will be a significant step to the gender and minority equality movement.

Notably, with her election as Vice President, it is expected that there will be high expectations to put in place affirmative action policies and measures that propagate equality. If she chooses to do so, her potential allies would include Alexandria Casio-Cortez (New York’s 14th Congressional District), Rashida Tlaib (Michigan 13th Congressional District), Ilhan Omar (Minnesota 5th congressional district) and Ayanna Pressley (Massachusetts’s 7th congressional district)- popularly referred to as ‘The Squad’.