In Nairobi, speedy moves have brought some calm 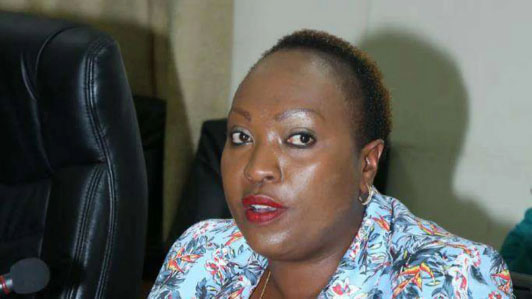 After a long-forgotten case challenging her nomination was speedily ended, Anne Kananu Mwenda was quickly vetted and sworn in as Nairobi’s Deputy Governor on Friday afternoon.

She is now in line to succeed Mike Sonko as Nairobi Governor, negating the need to have a costly and politically murky by-election in the capital city.

Anne’s elevation means that the proponents of the Nairobi Metropolitan Services have won and Sonko’s efforts to undermine the entity headed by Major-General Mohammed Badi have ultimately failed.

A by-election in the city would have been bad for everyone except those whose sights are set on the General Election in 2022.

It would have poisoned the business environment, created political animosity and given the factions in the Jubilee Party an opportunity to fight.

Hours after the events in Nairobi, the faction allied to Deputy President William Ruto was already in action in Bomet, and loudly critical of the wing allied to President Uhuru Kenyatta.

Even without the by-election, it is now clear that the Jubilee Party will inevitably split, as the Deputy President seeks a way out.

After several failed attempts – organizing grassroots elections, setting up Jubilee Asili Centre and taking over top management – the DP’s camp settled on a makeover of Party of Development and Reforms (PDR) into the United Democratic Alliance (UDA).

UDA has given Jubilee Party officials as they cannot orchestrate the removal of those of their members who have started openly associating with another party, as UDA is a member of the coalition of parties that formed the Jubilee Party.

The revamped party was planning to organize a major coup against its associate party at the by-elections in Nairobi, with their candidate, Bishop Margaret Wanjiru, a proven mobiliser in the city who is not afraid of getting her hands dirty.

The Deputy President’s faction will now be looking for other avenues through which to show their might but for now, there is hope that things will once more be calm in what some say is the country’s most important city.