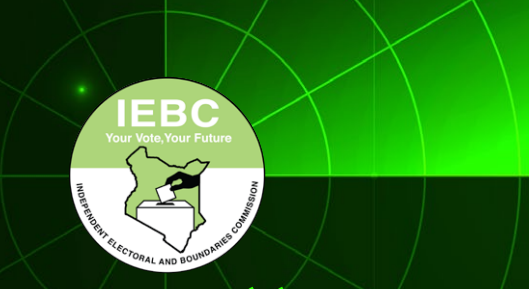 IEBC preparedness next on the radar

The Independent Electoral and Boundaries Commission this week announced the start of the verification of the voters’ register, more than two months behind schedule.

The commission, abbreviated IEBC, is traditionally kept on its toes by the political parties through their party leaders and stakeholders such as civil society groups and interested members of the diplomatic corps.

Attention has however been drawn from the commission this year mainly because of the more protracted negotiations this time round over the special purpose coalitions the presidential candidates are seeking.

Just after the coalitions crystallised, with Raila Odinga’s Azimio locking in 26 parties in a deal where they cannot leave before the elections, the presidential candidates were confronted by the time-bound headache of who to choose as running mate. Those issues continue to trouble both Mr Odinga and Deputy President William Ruto, with the former’s issues looking bigger because one of his prospective running mates has started an unorthodox campaign for the job.

The IEBC has in the process found some breathing space, but the spotlight is bound to get back to it as it remains quiet, doing its work in the background.

According to its Elections Operations Plan, the commission was scheduled to start the clean-up of the voters’ register by February 28. This goes hand in hand with the correction after verification, which ought to have ended by March 31.

The revision of the register ought to have been finished by April 14, with the certification happening by May 2. This means that the commission is more than a month behind its own schedule although it could rightly argue that it is within the statutory time limits.

The commission has also published in the Kenya Gazette the list of Returning Officers. This is also behind its own schedule as it ought to have been done by March.

While the presidential candidates succeeded in pushing the date for the naming of running mates, this must now be done by May 20 in order for the full list of candidates to be sent to the parties and other stakeholders on May 27.

Going by the normal cycle of politics, the spotlight is bound to shine back to the IEBC in June.

Parties are likely to raise concerns about the election management system – the software and hardware needed to identify voters and transmit election results on the crucial day.

The commission has been quiet since February, when it was reported that Smartmatic, the company that was supposed to tie up contractual agreements for the system, failed to attend a crucial meeting.

When that deal is concluded, the provider will need to migrate the data from the kits used in the last election, configure their own, plus the servers needed, and have it all accepted by the commission.

All this, plus the procurement of the ballot papers, is likely to stir up some political heat in the coming weeks.