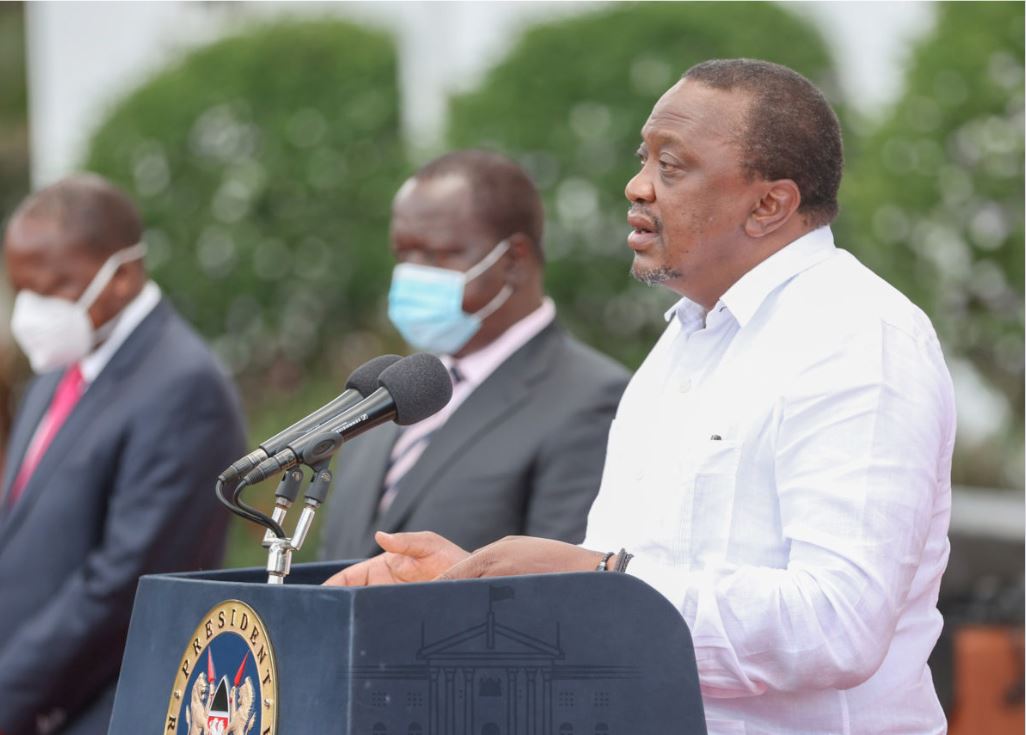 The main objective of the occasion was to recognize taxpayers from various sectors of the economy for their contribution towards nation-building. This year’s celebration is anchored on the theme; “Enhancing Tax Administration for Economic Sustainability’’ similar to the Tax Summit.

During the meeting, the Commissioner General, Mr. Githii Mburu took note of the technological advancements made by the Authority to combat illicit trade such as the investments in Scanners and Regional Electronic Cargo Tracking which has improved movement of cargo at the key ports and significantly reduced dumping of transit cargo to the local market. Additionally, KRA has put in place intelligence and data driven approaches of identifying tax revenue loopholes through the iTax system and third party data matching.

Despite the significant adverse impact that the Covid 19 pandemic has occasioned on the economy, Mr. Mburu noted that there had been an upward trend in revenue performance from a performance of 62.0% in May 2020 to 93.0% in September 2020. This was in part facilitated by oil import volumes which have recovered from a decline of 23.2% in the fourth quarter of 2019/20 to a growth of 10.1% in the first quarter of 2020/21. This growth has had a positive impact on petroleum taxes. Moreover, the number of containers imported has also improved from a decline of 34% in May 2020 to a growth of 20% in September 2020 signaling an improvement in global trade.

Measures taken over the years have improved the overall revenue collection as noted by the KRA Board Chairperson, Alt Amb. Dr. Francis Muthaura EGH, MBS having grown from Ksh.96 Billion in 2013/14 to Ksh1.6 Trillion in the Financial Year 2019/2020. The Chairperson took cognizance of the latest technology adopted by the Authority, M-Service, a mobile application aimed at enhancing the convenience and simplicity in tax administration; and the i-Whistle an anonymous reporting system aimed at boosting integrity monitoring framework that was being launched by the President H.E Hon. Uhuru Kenyatta C.G.H, at the event. Other measures taken by KRA mentioned by Cabinet Secretary/The National Treasury and Planning, Hon. (Amb.) Ukur Yatani, EGH, included the approach taken to expand the tax base by implementing policies to tax the digital economy such as the Digital Service Tax which will take effect on 01st January, 2021. Additionally, the Cabinet Secretary took cognizance of measures taken to boost revenue collection through the Voluntary Tax Disclosure Programme with effect from 1st of January, 2021. This program is expected to run for three years. In addition, there is now a minimum tax at the rate of 1.0% on the gross business turnover, which will be remitted quarterly. Other measures that the National Treasury is looking to engage on in collaboration with the Revenue Authority to enhance revenue collection include:

While congratulating the KRA on the significant milestones achieved over the years and lauding the facilitative fiscal policies initiated by the National Treasury, The President noted that innovations such as the iWhistle initiative would be key in addressing tax evasion and other economic crimes which had been a great impediment to effective mobilisation of domestic financial resources required for national development.

During the celebrations the President also awarded distinguished taxpayers for their resilience, dedication and compliance. The taxpayers, who include corporates and individuals were feted for tax compliance. They included: