Give WHO land for ‘our’ Hospital 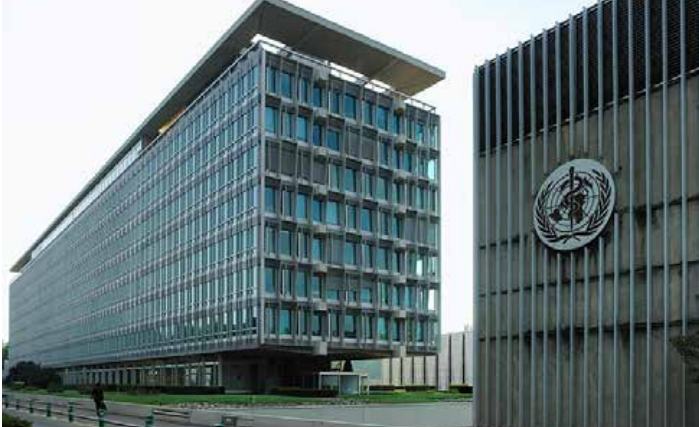 Here is my take on the Kenyatta University land saga.

In the early 1970s, Nairobi, Delhi and New Mexico put in bids for hosting the Unep headquarters.

In 1972, the government rolled out a high-profile campaign that culminated in a resolution by the 27th session of the UN General Assembly voting unanimously for Nairobi.

The administration of President Jomo Kenyatta took advantage of the honour the UN had bestowed on our capital city by quickly signing the host agreement and offering Unep a whole four floors in the then-newly built Kenyatta International Conference Centre (KICC).

The UN agency would occupy this space for two years before it subsequently built and moved to its own premises at Gigiri, where it is today.

Is it not a public outrage that we are quarrelling about whether or not we should give WHO land to set up the headquarters of its regional logistics hub in Nairobi?

In 2018, we lost another opportunity of hosting the regional headquarters of Afri Exim Bank just because some timid bureaucrats insisted on staging sterile arguments with the continental body over diplomatic privileges.

Uganda quickly saw the opportunity and snapped it up: Kampala offered the bank land and diplomatic privileges.

The weeping KU Vice-Chancellor Paul Wainaina did not table evidence that public land is being transferred to land grabbers. Prof Wainaina’s main concern was process and procedure.

A proverb jumps to mind: “For want of a nail, the shoe was lost, for want of a shoe, the horse was lost and on and on until the kingdom was lost.”

The narrative about a sinister plan to benefit owners of the land adjacent to the university is as hollow as arguing that the Thika Superhighway should not have been built as it would benefit all those Kiambu land barons who own parcels along it.

International bodies have assumed an even greater economic significance after tea, coffee, tourism and horticultural exports were overtaken by remittances as our biggest source of hard currency.

The positive statistics on remittances and invisible flows we see in our balance of payments data are not just about money sent home by hamburger-flipping diaspora Kenyans in America.

A good share is contributed by remittances from UN agencies and other international organisations with headquarters here.

Why do we behave as if we did not see what WHO did at the height of the pandemic?

The UN body is building a facility to store equipment and materials for medical relief in Africa.

Should another pandemic break out, we will be the first to benefit from this facility. There is a second factor—namely, the ‘mugunda’ mentality.

Idle remains a consuming obsession of the elite in Kenya. Around 30 per cent of the cost of the SGR project was consumed by land compensation.

Today, several power transmission projects by the state agency Ketraco are at a standstill because we have to pay billions of shillings as compensation to landowners for way leave.

Lastly, about Prof Olive Mugenda. Initially, the sceptical journalist side of me used to dismiss her as a spending- spree fanatic who had allowed the pursuit of brick and mortar to replace scholarship and teaching as the focus of university life.

But the reality check came home for me when my sister was hit by Covid-19 and I had to drive all the way to Machakos to look for a hospital bed.

After several hours of agony, I was directed back to Kenyatta University, Teaching, Referral & Research Hospital (KUTRRH).

Love her or hate her, this ‘spendthrift’ is, in many respects, the most consequential VC of a public university in our time.

In a university set-up steeped in low ambition—where public universities are wary of making long-term investments in vital infrastructure—and a risk-averse world where trivial achievements are vaunted as breakthroughs, her tenure as CEO of Kenyatta University was marked by many ambitious experiments.

For me, the most important accomplishment of Prof Mugenda’s career at KU was the 650-bed hospital.

The fact that the university managed to bring forth one of the most well-equipped public hospitals in the country was a major statement on the ability of a government institution to deliver a large infrastructure project on time.

As a veteran newspaper commentator on public policy issues, I have been at it long enough to appreciate that an investment in infrastructure and public assets such as hospitals, schools, libraries and roads, may appear to have low returns in the short term, but tends to have incredibly high returns in the long term.

Should the hospital be managed by KU? I don’t know. But it is like giving a jua kali garage your brand new BMW to repair.