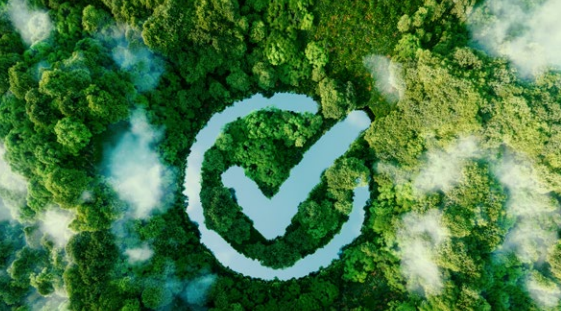 The Glasgow Financial Alliance for Net Zero (GFANZ) has its sights set on becoming the biggest financial catalyst for climate ambition and action. The Alliance has only three financial institutions from Africa, a continent that has 7 of the 10 emerging markets in the world. The Alliance advocates for a re-imagining of business models and assists members to develop credible plans towards the transition to low-carbon, climate resilient economies.

The Alliance represents close to $130 trillion assets, which translates to roughly 40% of the global financial assets. It also provides a golden opportunity to truly transform and disrupt global climate finance ecosystems by developing tools and instruments, including but not limited to augmenting innovative models that transcend the Paris Agreement debate.

The Climate Policy Initiative estimates that the global climate finance flows between 2011-2013 were between $331 and $364 billion per year. The landscape of climate finance is diverse and extensive, but still extremely discriminative in terms of the sectors that get funding. In fact, a global research report released in the just concluded CoP 26 showed that climate investments in the past decade have plateaued.

The Paris Agreement acknowledges that developed countries have a “common but differentiated responsibility and respective capabilities” including but not limited to a moral responsibility to provide climate finance in a transparent and consistent manner. They also need to support developing countries to transition and adapt; as well as offer reparations for loss and damages caused by the negative effects of climate change.

The recent CoP 26, held in Glasgow, Scotland, made an astounding discovery that the global climate finance target is far from being achieved as set out by the Paris Agreement back in 2015. GFANZ as presently constituted requires not only a responsive localised structure, but also shared but differentiated agendas in line with the global ecosystem and priorities of climate ambition.

GFANZ, as much as it is a platform for climate action, can become a force for good in developing and deploying innovative financial models and mechanisms that can enable developing countries to strengthen their adaptation and resilience including financing for just transition. Financial mechanisms and models that go beyond the convention market-based instruments can achieve coherence in diversity, inclusivity and respond to the global call of “Leaving No One Behind”.

Green bonds, Sustainable Development Bonds, Emission Reductions Payment Agreements, and Climate Co-Benefits are just some of the innovative finance tools that are inclusive. However, their utility is limited in developing countries. Climate finance tools are key to ensuring that developing countries are part of climate finance ecosystems by aligning needs with financial resources.

Africa is still suffering from the climate funding gap, however GFANZ can fortify this opportunity by cascading best and innovative finance models that strengthen resilience, adaptation, as well as facilitating climate technology that advances just transition including providing a safety net for loss and damage.