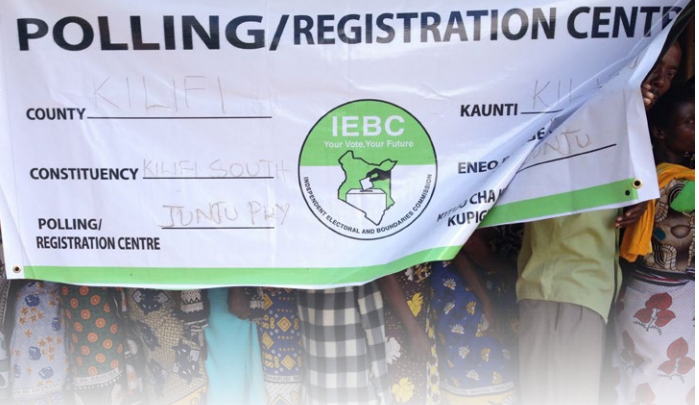 The Independent Electoral and Boundaries Commission (IEBC) has reported that it captured 1,031,645 new voters in its second National Enhanced Continuous Voter Registration exercise against a target of 4.5 million. The registration exercise came to an end on February 6, 2022.

In the first phase of the drive that ran from October 5 to November 5, 2021, the IEBC listed 1.51 million new voters, translating to about 25.3 per cent of its targeted six million voters. The Commission has attributed this hesitancy to young eligible voters who are said to have lost faith in the country’s leadership as successive leaders fail to implement projects that spur growth and create jobs leading to apathy.

The Commission marked the start of the 2022 General Election electoral cycle with the launch of the Continuous Voter Registration (CVR) in Makueni County on October 15, 2018. From the date of the launch to August 31, 2021, the Commission had registered a total of 180,938 new voters. The Commission later rolled out an Enhanced Continuous Voter Registration (ECVR) exercise in all the 1,450 wards on October 4, 2021, at a launch held in Nakuru County. By the close of the exercise on November 5, 2021, a total 1,519,294 eligible Kenyans had been enrolled as voters.

In 2017 the Commission registered eligible Kenyans living in South Africa, Uganda, Tanzania, Rwanda and Burundi as voters living in diaspora. For the 2022 General Elections, the Commission is registering voters in six more countries in the Diaspora voter registration exercise namely; the United Kingdom, Canada, the United States, South Sudan, Qatar, the United Arab Emirates and Germany.

This should have been the first sign that Kenyans have lost faith in the electoral system. The question that is lingering is if this hesitancy can be fixed using voter education. Voter education is meant to empower citizens with the relevant information, knowledge, skills and attitudes in order to enable them to exercise their democratic and civic duties.

However, this exercise has challenges such as disbursement of voter education funds was not in line with the activities in the electoral cycle, change of electoral laws too close to the elections, having two voter educators per County Assembly Ward, irrespective of the size and terrain and voter education support materials were provided in Kiswahili and English while there were many voters who were not conversant with the two languages.

The low voter registration is probably a sign that there will be lower voter turnout this time round. Kenyan elected leaders usually abscond soon after elections, only to turn up five years later. This coupled with other issues such as graft and hopelessness call for a paradigm shift in the governments’ approach to matters of governance. The government should fund voter education throughout the electoral cycle in order to ensure it is a continuous process. The approach to governance should be evaluated so it builds confidence in the voting system.