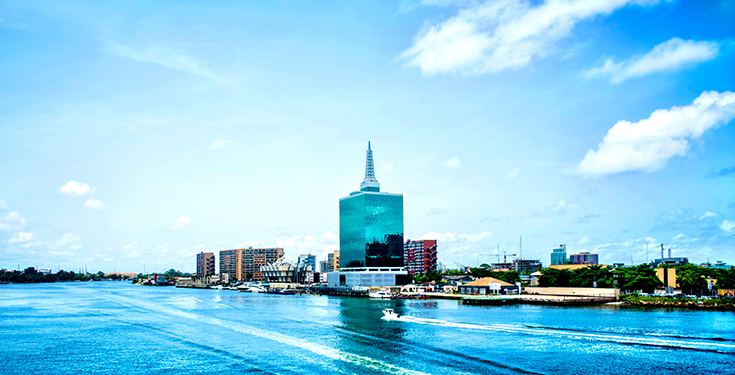 The National Treasury is in the process of developing a National Insurance Policy which aims at strengthening the policy, legal and regulatory environment for the insurance sector in Kenya. The ultimate goal is to increase insurance penetration through improved access, usage and affordability of insurance products and services. In addition, the Policy will provide an enabling environment for sustainable development, promotion, and maintenance of an inclusive, efficient, fair and stable insurance sector as envisaged in Vision 2030.

The comments or inputs or memoranda may be forwarded to the Principal Secretary, the National Treasury, P.O. Box 30007-00100, Nairobi; hand delivered to the Office of the Principal Secretary, the National Treasury Building, Nairobi; or emailed to pstreasury01@gmail.com and a copy to bnndungu@yahoo.com ; to be received by Friday 16th April, 2021 on or before 5.00 pm.

Kenya has pledged to lay bare how funds mobilised to fight the first wave of Covid-19 were spent by end of next month in a disclosure to the International Monetray Fund (IMF) amid the push for accountability and transparency from the multilateral lender.

“A comprehensive audit by the Auditor-General of all Covid -related spending in FY2019/20 is underway and the results will be published by end-May 2021 (structural benchmark),” Mr Yatani wrote in joint disclosures with Central Bank of Kenya governor Patrick Njoroge to the IMF.

The earnings were booked by KenGen Ethiopia — a branch set up by KenGen in 2019 to facilitate the execution of a commercial consultancy and drilling services contract signed with Tulu Moye Geothermal Operations.

KenGen managing director Rebecca Miano made the disclosure in the latest annual report, adding that the firm also plans to start drilling services for the Aluto-Langano project — also in Ethiopia.

The United States has allowed the importation of previously banned carnation from Kenya without any restrictions in what local flower farmers say is a hugely welcome boost to the horticultural market.

The US Department of Agriculture’s Animal and Plant Health Inspection Service (APHIS) said it would allow the importation of carnation cuttings from Kenya without post-entry quarantine requirements as long as they pose no disease or pests threats to the US.

“We are notifying the public that we are updating the US Department of Agriculture Plants for Planting Manual to allow the importation of Dianthus spp. cuttings (carnations) from Kenya without postentry quarantine, subject to certain conditions,” said the APHIS in the notice.

Roke Telkom has unveiled the new repackaged internet services for its Roke Plus customers.

The announcement follows the need to not only provide reliable internet but improved bandwidth at affordable prices.

The new Roke Plus packages have been upgraded with bigger internet bundles and increased bandwidth at no extra cost to the customers.

Michael Mukasa, the Chief Commercial Officer at Roke Telkom said they strive to ensure that their customers gets value for money.

Uganda’s defence ministry said Thursday it had signed an intelligence-sharing agreement with its Egyptian counterparts, bolstering security ties amid regional tensions over a massive hydropower dam on the Nile.

He said the signing ceremony in Kampala late Wednesday followed a meeting between Ugandan and Egyptian intelligence officials in Cairo in December.

VODAFONE has embarked on an initiative geared at updating its brand position by celebrating the achievements recorded in the partnership between technology and society.

Through the initiative launched last week, the company will introduce a new Vodafone tagline ‘Together We Can’ to accompany its new position, along with a 12-month programme of television, print and digital advertising demonstrating Vodafone’s profound belief that the partnership between technology and society can build a better future.

DAR ES SALAAM Stock Exchange (DSE) has registered a price earnings (PE) ratio increase for domestic listed companies in the first quarter of this year. The weighted average market PE ratio for domestic listed companies was trailing at 23.45 times three months to March, which was slightly higher than the PE ratio 21.00 times for three months to last December.

DSE CEO’s Quarterly Note for March attributed the share price for domestic listed firms to its earnings per share.

“This increase was attributed to the increase in prices relative to the reported earnings during the quarter,” CEO Quarterly report issued Tuesday showed.

TANZANIA Mortgage Refinance Company (TMRC) has issued a third tranche of five years bond which is poised to attract debt investors due to its attractive yield.

TMRC said on Thursday that it wants to raise 7.0bn/- with a coupon rate of 10.48 per cent to facilitate mortgage business in the country.

The third tranche, which is part of the 120bn/- approved amount in 2018 in allocation of five year each, came when the previous two tranches were oversubscribed. TMRC said the bond is open to all Tanzanians, natural and corporate and three weeks application lists started on Thursday.

Ethiopia remains steadfast in its course to diversify the energy mix and utilize all energy sources to attain economic development objectives, according to the Ministry of Finance.

The country plans to increase total energy generation by 17,000 until 2030 by diversifying the abundant sources of energy.

Despite the different exploitable energy sources, Ethiopia has been solely engaged in hydropower generation, which couldn’t meet the growing development demands, the statement indicated.

After the reform, the government is encouraging the engagement of the private sector in the energy sector, especially in the form of Public Private Partnership (PPP) projects, it stated.

Berhan Bank has purchased a 5 million Birr bond to support the construction of the Grand Ethiopian Renaissance Dam (GERD).

At a ceremony held today, Berhan Bank President Abraham Anaro said the bank has been making contributions in donation and bond purchase since its commencement.

“The accomplishment of GERD is the fulfillment of the dream of all Ethiopians,” he noted, adding that “we feel happy as the construction of the dam has reached a critical stage.”

Office of the National Council for the Coordination of Public Participation to the Construction of GERD Director-General, Aregawi Berhe commended the bank for its contribution at this critical time.

He further extended his appreciation to all those that had contributed in bond purchase and donation to finance the construction of the dam which is now 79 percent completed.