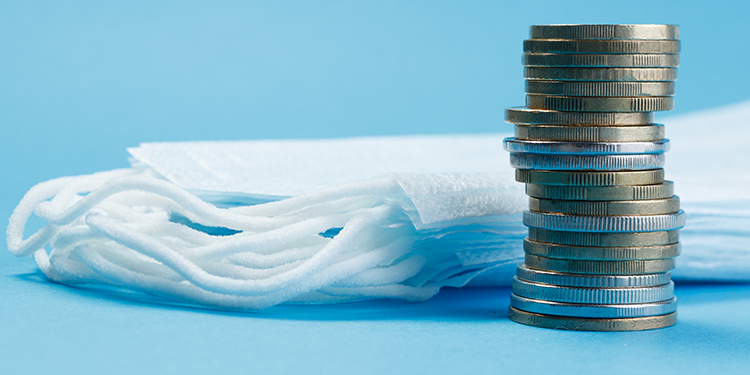 The Central Bank of Kenya (CBK) today announced the resumption of charges for transactions above Ksh.100 effected through bank specific (in-house) mobile money wallets that are closely linked to the Savings and Credit Societies (SACCO) sector.

The resumption of the charges will be subject to review by CBK against the pricing principles announced on December 17, 2020 of customer centricity, transparency and disclosure, fairness and equity, choice and competition and affordability. These principles were introduced on the expiry of the emergency measures waiving charges for low value mobile money person to person transactions below Ksh.1,000. Other measures on waiver of charges between mobile money wallets and bank accounts remained in force.

Source: The Central Bank of Kenya

The Treasury is seeking an extension of public debt repayment moratorium from rich countries beyond the June deadline, arguing that poor nations are yet to recover from the Covid-19 pandemic.

In January, Kenya secured deals to suspend debt service with the Paris Club of countries and other creditors, including China, covering the six months to the end of June this year.

Under those deals, which fall under the G20’s Debt Service Suspension Initiative (DSSI) to offer poor nations debt relief, Kenya is deferring payments worth $600 million (Sh65.4 billion) due in the period.

The deferred amount, which includes $378 million (Sh41.2 billion) to China alone, will be paid over five years after a grace period of one year.

The share of loan defaults has increased to a 13-year high in the wake of the Covid-19 economic fallout, setting up thousands of borrowers for property seizures and blacklisting with the credit reference bureaus (CRBs).

Latest Central Bank of Kenya (CBK) data shows that 14.5 percent of all loans or Sh432.45 billion were defaults by end of February, up from Sh349.94 billion a year ago— the sharpest 12-month increase in recent history.

The mounting defaults are a reflection of the struggles of workers and businesses in an economy recovering from a coronavirus-induced slump, which triggered job cuts and business closures.

The share of defaulted loans has increased from 12.7 per cent last February to 14.5 per cent—the highest ratio since July 2007.

Kenya’s top business lobby Wednesday called on the State to unveil an emergency stimulus package and tax cuts to cushion the economy from the new lockdown following a spike in Covid-19 cases.

The Kenya National Chamber of Commerce and Industry (KNCCI) petitioned for emergency relief measures for the worst-hit industries, such as the entertainment, hospitality, and transportation sectors.

The business lobby is pushing for a reduction of fuel taxes, lowering the value-added tax (VAT) rate would to 14 per cent from 16 per cent and eliminating the minimum tax, which demands loss-making firms to pay a duty equivalent to one per cent of their sales.

The KNCCI wants the Central Bank of Kenya to allow lenders once again to restructure loans for borrowers in the wake of the latest corona restrictions.

Economic experts are calling for the implementation of all kinds of measures geared towards bringing back to life the world economy that has been severely hit by COVID-19 pandemic since last year when lockdown measures were put in place.

The latest measure being pushed is for the International Monetary Fund (IMF) to approve the issuance of Special Drawing Rights (SDRs) to assist developing countries contain the economic and social impacts of the pandemic in particular, and to enable their economic recovery.

The SDR is an international reserve asset, created by the IMF in 1969 to supplement its member countries’ official reserves and provide liquidity support when experiencing balance of payments crisis.

In addition to the performance updates,  Mashanda provided a progress update on the holding company’s key initiatives and achievements in 2020.

Banking sector profitability declined by 4 per cent in the year ended December 2020, according to details from Bank of Uganda.

In its Quarterly Financial Stability Review, Bank of Uganda indicated that banking sector profits for the year ended December 2020 had declined by Shs39.1b due to Covid-19 related disruptions, among which included a three month total lockdown.

During the period for instance, the Central Bank indicated, profitability had declined from Shs883.4b for the year ended December 2019 to Shs844.3b in 2020.

Banks, including dfcu, have already issued profit warnings, noting that they expect a decline in net profit due to the impact of Covid-19 on customer businesses, which has seen an increase in loan provisioning.

Other reasons for the fall in profits, it was highlighted, included a higher than anticipated write-off of loans and advances, which had formed part of the financial sector assets.

Sources said a foreign company sold the shares through prearranged transaction in which the two parties agree on price, normally at a discounted rate, outside the stock exchange.

The bourse reported that NMB counter traded a block of 2,372,044 shares on a block trade, and in a normal market board the lender had only 10 shares traded at a weighted average price of Sh2,240 per share in a single deal.

Brokers said the purchase of NMB shares by a local fund was a positive move to the market.

The ride-hailing platform, Bolt has launched Bolt Web App, a cost-effective alternative for riders to request a trip on a web browser.

Bolt Web App is a great option for riders who have feature mobile phones with limited capabilities in terms of high-performance user experience, internal phone storage and prone to a weaker internet connection

Often such users are also conscious of the amount of money spent on data. The app is also available to riders who want to order a ride using their computer.

DSE equity market turnover down by 2 per cent in March

THE Dar es Salaam Stock Exchange (DSE) total equity market turnover has slightly dropped by almost 2.0 per cent in March in comparison to the previous month of February.

The bourse a monthly report issued Monday, which covered activities to last Friday, showed that the March equity turnover dropped to 6.48bn/- from 6.60bn/- from February.

The turnover of the DSE equity market is normally pushed up by foreign investors’ participation, which was vice versa in this month.

The closure of foreign exchange shops that operated illegally created an opportunity for banks to boom in business by opening windows for the service and generate income.

In an exclusive interview with the Daily News in Dar es Salaam recently, Mkombozi Bank Plc, Managing Director, Mr Respige Kimati said the government move to uproot unlawful forex shops is commendable and has created stability of the foreign exchange business in the country.

How Bralirwa’s profits soared above 600% despite pandemic

Annual profits for local beverages manufacturer, Bralirwa increased by 655% (after tax) in 2020 to Rwf9 billion from Rwf1.2 billion in 2019 largely driven by reduction in operating expenses.

In 2019, profits had dropped sharply to Rwf1.2bn from Rwf7.2 billion in 2018 with an increase in operating expenses explained as the cause for the drop.

However, in 2020, despite lack of activity on the events scene and with bars closed, the volumes of beer sold increased by 7.2 per cent with vending outlets including shops, supermarkets and a few restaurants.

Soft drink sales however dropped by 19.1 per cent, according to the brewer’s audited financials released Wednesday.