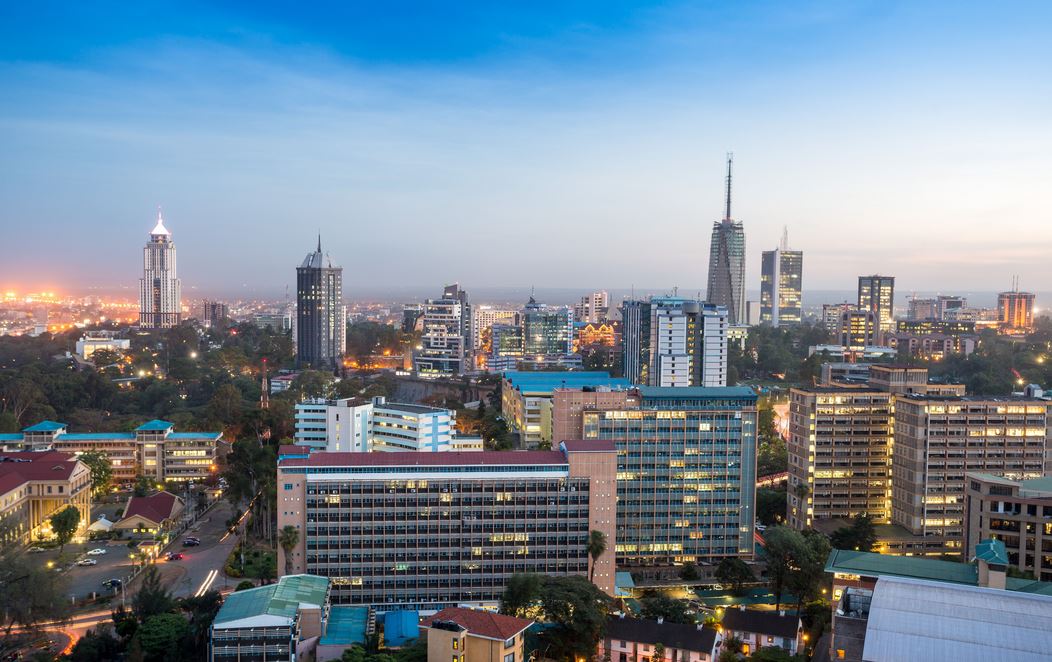 The county assembly accepted a report from the vetting committee approving Ms Mwenda’s nomination by Mike Sonko, who has since been impeached as governor.

Ms Mwenda, who was the Nairobi Disaster Management and Coordination chief office, was vetted in a session that lasted slightly more than one hour.

The deputy governor office had been vacant since Polycarp Igathe resigned in January 2018, citing an inability to gain Sonko’s trust, which he said would affect his ability to serve the city effectively.

Kenya stands a better chance of getting a financing deal with the IMF following this month’s reversal of corona tax subsidies. The reversal signals that the National Treasury is committed to improving its fiscal position, global ratings agency Moody’s has said.

The ratings firm now says the return of income and value added tax to pre-Covid rates will reverse the trend where revenues had fallen to a five-year low and help seal a deal for cheap concessional debt.

The IMF has been keen on Kenya to address its widening fiscal deficit, which has caused the country to borrow ever increasing sums that have worsened its debt sustainability position.

A record number of profit warnings by commercial banks has left their shareholders at risk of missing dividends worth over Sh33 billion after the lenders were forced to cut or suspend the payments to conserve cash in the wake of the Covid-19 crisis.

An unprecedented six of the 11 Nairobi Securities Exchange (NSE)-listed banks have warned that their profits will fall by more than a quarter—painting a bleak dividends outlook.

“It is unlikely that you issue a profit warning and then pay a dividend because what you are trying to do is to ensure that you retain cash in the business to keep going in the challenging circumstances,” ICEA-Lion Asset Management chief executive Einstein Kihanda said.

Some Sh34.6 billion meant for counties is lying idle at the Central Bank of Kenya(CBK) even as the devolved units continue to decry a cash crunch that has disrupted service delivery.

Treasury Secretary Ukur Yatani said the money is part of the Sh133 billion equitable share and conditional grants released to the counties for the financial year to June.

The funds disbursed through accounts at the CBK comprise Sh120.2 billion as equitable share and Sh13 billion as conditional grants that mainly funds delivery of health services.

The disclosure by the Treasury came even as county chiefs continue to decry delayed disbursements from the National Treasury that they say have disrupted delivery of services like health and payment of salaries.

Farmers, poor households and transporters are set to feel the pinch after the prices of diesel and kerosene jumped substantially on rising costs in the international crude market.

The price of diesel climbed by the largest margin since July in the latest review by the Energy and Petroleum Regulatory Authority (EPRA), putting pressure on farmers and transporters already hit by the economic downturn due to the coronavirus pandemic.

Consumers will pay Sh4.57 more for a litre of diesel— the highest increment in about six months.

Kerosene users will also not have it easy as the price of the commodity climbed by Sh3.56 per litre — the largest margin since August 2020.

Fifteen large-scale tea growers have challenged sections of the recently enacted tea law, saying they are discriminatory and will cause them losses.

In a petition filed under a certificate of urgency, the multi-nationals under the Kenya Tea Growers Association, argue that Sections 36, 48, and 53 of the law, were enacted in a manner inconsistent with the Constitution.

The tea estates including James Finlay, Kapchorua Tea Plc Ltd, Kipkebe Ltd, Nandi Tea Estates, Williamson Tea Plc and Sotik Highlands Tea Estates Ltd, said the sections will have catastrophic impact on tea producers and the industry as a whole, if left in their current form.

Tea Act 2020, they said, was enacted despite their filing a petition to the Senate and the National Assembly, seeking changes to some provisions of the Bill.

On Friday, UK’s Serious Fraud Office (SFO) said the evidence gathered “did not meet the evidential test for prosecution as defined in the Code for Crown Prosecutors”.

The SFO said it would “continue to help law enforcement agencies in other parts of the world, including Kenya, with their investigations,” the Financial Times reported.

The investigation would have thrust into the limelight top Kenyan officials named in the scandal, including former Justice minister Martha Karua and ex-Trade minister Moses Wetang’ula.

Shilling weakens ahead of election – BoU

The gain in the US Dollar globally has seen the Uganda shilling depreciating by 0.3 per cent in the last three days.

Besides the strengthening of the US Dollar globally, market participants in the currency market and the Bank of Uganda say there was also increased demand for the US Dollar by investors.

In Uganda, foreign exchange rates are updated three times a day with different rates being quoted which can either be high, reflecting appreciation or low reflecting depreciation of the shilling against other major trading currencies in the market.

The Bank of Uganda’s move to reschedule Treasury bonds worth more than Shs1 trillion which was due for maturity this month has raised some eyebrows.

The government’s intriguing action is coming at a time that the electoral exercise, traditionally associated with heavy and reckless spending, is making its last lap.

The timing has not been helped by the massive toll the Covid-19 pandemic is taking on the economy.

The government is adamant that this move has nothing to do with its inability to honour its debt obligation, which is quickly getting out of control.

Financial Technology companies also known as Fintechs have said they expect to lose at least UShs666b on a daily basis after the government shut down the Internet on Wednesday.

The loss is expected to affect a wide range of Fintech operations, many of which support financial transactions, spreading to banks, telecoms (mobile money) and insurance companies.

Finetech provide an enabling system for financial service providers through which they move money.

Speaking in a telephone interview yesterday, Mr Peter Kawumi, the Financial Technology and Service Providers Association chairman, told Daily Monitor that more than 300 million transactions, which are conducted through Fintechs on a daily basis, had been halted due to the shutdown.

CRDB Bank is still the most active financial institution in Dar es Salaam Stock Exchange (DSE) and its price is still appreciating.

The lender, one of the largest banks in the country, traded 455,993 shares out of 459, 233 total shares exchanged hands on Monday at DSE.

The bank price also appreciated by 7.70 per cent to 210/-, making it the highest gained share year to date. Tanzania Securities said in its Daily Market report that the CRDB was the most active and gain counter since the year began.

The Minister for Industry and Trade Geoffrey Mwambe has promised to address challenges facing the Fair Competition Tribunal (FCT) as a way of promoting fair competition that is important for business growth.

Speaking in Dar es Salaam on Tuesday, the Minister highlighted the challenges as financial distress, adding that they hamper smooth running of fair competition among the business players.

‘No extension of EFD upgrading deadline’

TRA said the four-week period of upgrading software from old protocol 2.0 to 2.1 was ample and no need for further extension after the deadline passed last Thursday. The new software gives more digital flexibility on remote transactions.

TRA Commissioner General, Dr Edwin Mdehe, said during a mid-year review meeting in Arusha that the timeframe for upgrading the EFDs to the latest firmware was set from December 7, 2020 to January 7, 2021, but traders, suppliers and other business entities had been dragging their feet to implement the changes.

Manufactured by Universal Corporation Ltd, Kenya—the medicine is a type of antibiotic that has been administered by mouth in the treatment of intestinal infection, including amoebiasis among humans.

The latest temporary ban follows the November 29, 2020, move by FDA where it recalled two batches of the drug in question with No 5806898 and 5806675 after laboratory test results pointed to quality concerns.

Prof. Thomas Rusuhuzwa Kigabo, the chief economist at the National Bank of Rwanda (BNR), succumbed to Covid-19 on Friday morning. He was 57.

The news was confirmed by a family member who said the deceased died in a Kenyan hospital, where he had arrived on Thursday.

“He had been diagnosed with Covid-19 and was evacuated to Kenya on Thursday for treatment,” the family member told The New Times on Friday, January 15.

In 2010, the cabinet would appoint him to head a high-level taskforce on the East African Monetary Union, effectively serving as Rwanda’s chief negotiator.

He is credited with playing an important role in the formulation and implementation of the national monetary policy, which has helped to keep inflation in check and strengthen the country’s financial sector.

Trade and Industry Minister Melaku Alebel held a virtual discussion with the Turkish Foreign Economic Relations Board (DEIK) with the view to enhancing the economic engagement of the two countries.

Members of the Ethio-Turkey business council and Turkish investors engaged in various sectors took part in the discussion held yesterday, according to Ministry of Foreign Affairs.

During the discussion, the trade and industry minister underscored Ethiopia’s interest to further strengthen economic ties with Turkey.

Ethiopian Investment Commission has inaugurated a web based platform called Foreign Direct Investment (FDI)Tracking tool that would provide all-round information including FDI inflows in the country.

The commission developed the platform in collaboration with the Partnership for Investment and Growth in Africa (PIGA) project, Part of Manufacturing Africa (MA), a flagship program of UK foreign, commonwealth and development office.

The tracking tool will enable the commission to mitigate poor access to quality investment data challenges and step closer to becoming a modern and digital driven institution among other functionalities.