7th May 2021 Trade & Financial Services Round Up 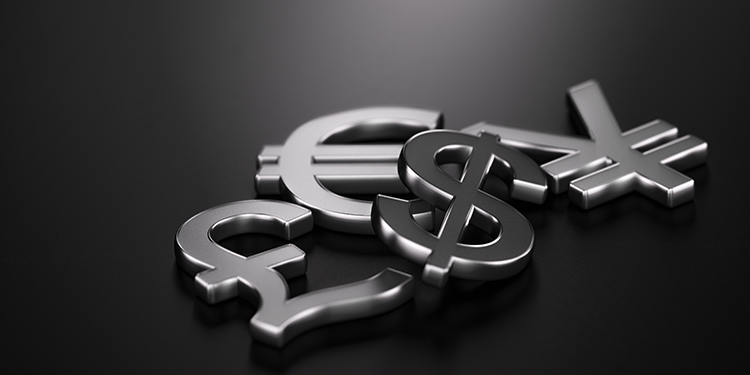 The value of investor wealth on the Nairobi Securities Exchange (NSE) hit a 34-month high of Sh2.62 trillion Thursday, lifted by a rally of the share prices of Safaricom , East African Breweries (EABL) and banks.

The Thursday upturn saw investors Sh197 billion richer compared to a month ago when the market closed at Sh2.423 trillion on strong support from the KCB , Cooperative Bank and Equity counters.

The gains by Safaricom, Equity, EABL, KCB and Cooperative Bank stocks — which now account for 81 percent of total investor wealth on the NSE — have raised the bourse to levels last seen on June 18, 2018 when the market closed at Sh2.62 trillion.

The five stocks have gained a combined Sh210.21 billion between April 8 and yesterday, aiding the market rise.

Commercial banks’ quarter one pre-tax profits jumped 19.5 percent to a record Sh45.9 billion, defying an overall economic downturn due to the Covid-19 pandemic.

A survey by the Central Bank of Kenya (CBK) shows that the lenders made an extra pre-tax profit of Sh7.5 billion in the three months to March compared to a similar period in 2020 when total profits stood at Sh38.4 billion.

The pre-tax profits the banks posted in the first quarter of this year is almost double the Sh23.6 billion that was realised in the preceding three months to December.

The January-March 2021 performance comes as a major relief for the sector which last year took a Sh46 billion hit on its profits to Sh112.8 billion, down from Sh159.1 billion in 2019.

Tuskys has disclosed that DTB Bank has agreed to restructure a Sh1.7 billion short-term loan, offering a reprieve to the retailer facing the threat of liquidation on mounting debts.

The cash-strapped supermarket chain says DTB has agreed to lengthen the repayment of the loan to an undisclosed period to ease repayment.

The bank has also agreed to provide Sh450 million in overdrafts, Tuskys acting CEO Shadwick Okumu said in the latest court filings in a case the retailer is fighting liquidation from more than 60 creditors owed Sh1 billion.

Commercial banks’ quarter one pre-tax profits jumped 19.5 percent to a record Sh45.9 billion, defying an overall economic downturn due to the Covid-19 pandemic.

A survey by the Central Bank of Kenya (CBK) shows that the lenders made an extra pre-tax profit of Sh7.5 billion in the three months to March compared to a similar period in 2020 when total profits stood at Sh38.4 billion.

The pre-tax profits the banks posted in the first quarter of this year is almost double the Sh23.6 billion that was realised in the preceding three months to December.

The January-March 2021 performance comes as a major relief for the sector which last year took a Sh46 billion hit on its profits to Sh112.8 billion, down from Sh159.1 billion in 2019.

This was attributed to increased bad loans leading to higher provisions as the pandemic weighed on business revenues and the economy leading to job cuts.

In June last year, the government signed a deal with RippleNami to build a data visualisation system that would match rental properties with their owners as well as estimate the value of rental income from a property.

A US-based company that the government hired to build a digital system that seeks to maximise rental tax collections is now in the final stages ahead of the product launch, according to Ms Jaye Connolly-LaBelle, the RippleNami Uganda chairperson.

The system, which seeks to trace landlords that are non-compliant and those that under declare rental incomes as well as matching properties to real owners, Ms Connolly-LaBelle, said has been undergoing demonstrations with the most recent being a prototype demo at Uganda Revenue Authority (URA).

MTN has said it will appeal against the High Court decision in which it was ordered to pay money for a transitional licence amounting to $14.4m (Shs50.7b).

MTN had petitioned the court challenging the legality of the assessment by Uganda Communications Commission (UCC) for a transitional licence between October 2018 and June 2020.

The telecom had during the period operated on short term licence extensions as negotiations to renew its licence dragged on.

However, last week, the Civil Division of the High Court dismissed the case with costs, directing that MTN pays the $14.14m, noting that UCC, as the regulator of the telecommunications sector, had the mandate and the knowledge to assess fees for the licences that had been handed to the telecom in the three year.

KCB Bank has pledged to cooperate with the government in addressing problems facing individuals with special needs as part of the efforts to fight poverty.

According to the Bank, the support will be focused on addressing challenges facing people with special needs in education, health and environmental affairs, including helping those engaging in entrepreneurial activities with the major objective of improving their incomes.

A Representative of the KCB Executive Director, Mr Juma Abdul spoke of the Bank‘s resolve at an iftar hosted in Arusha that was attended by different government and religious leaders.

“KCB joins hands with the government to fight poverty in all its forms by supporting the communities that are in need in the areas of education, health, environment, and entrepreneurship, including supporting those hit by disasters in different parts of the country. We will also support the youth, women, orphans and those who live in trying environments,” said Mr Abdul who is also the Bank’s head of the department of small customers.

NMB Bank Plc has partnered with Metropolitan Tanzania Insurance and Sanlam to launch two innovative products that will drive further insurance penetration in the country which is still below one per cent.

This is yet another milestone for NMB Bank, the largest lender and most profitable bank in the country to introduce insurance products in collaboration with key insurance partners for the benefit of its more than three million customers.

NMB bank is the first bank in Tanzania to secure a bancassurance licence last year and more innovative products being introduced into the market within this short period of time.

Farmers’ access to health insurance has been bolstered following a new partnership between CRDB Bank Plc and the National Health Insurance Fund (NHIF) that was entered yesterday.

The pact is expected to boost health insurance coverage in the country, which currently is at about 32 percent, out of which 23 percent is through membership via Community Health Fund (CHF).

Access to health insurance ensures that beneficiaries can access health services even when they do not have cash at hand.

According to a statement released by the two parties to the contract, the agreement between CRDB Bank and NHIF, which was signed in Dar es Salaam yesterday, ensures that farmers will be able to get health insurance services on loan.

MINT, Visa and Shega partner to drive digitization in Ethiopia

Ethiopia’s Ministry of Innovation and Technology (MInT), global payment tech firm VISA, and Addis Ababa based Shega Media and Technology plc, have signed a Memorandum of Understanding (MoU) to promote and drive digitization and support fintechs through awareness of the Visa Everywhere Initiative (VEI) 2021.

Through this partnership, MINT and Visa are collaborating to explore areas of joint partnerships including training, capacity building and digitization opportunities in the country while Shega is amplifying the VEI 2021 to their members in Ethiopia.

Regional insurer Jubilee Holdings Ltd (JHL) and Germany’s insurance and asset management firm Allianz have put entry into the Ethiopian market on the radar after the conclusion of their multimillion dollar share sale deal relating to general insurance business.

Allianz, which serves more than 100 million retail and corporate customers in more than 70 countries worldwide on Tuesday completed the acquisition of 66 percent stake (1,522,622 ordinary shares) in Jubilee General Insurance Company (Kenya), leaving the holding company (JHL) with 34 percent of the shares.

Ethiopia has secured 2.05 billion USD from Foreign Direct Investment (FDI) in the past nine months, according to Ethiopian Investment Commission (EIC).

Briefing journalists about the performance of EIC today, Commissioner Lelissie Nemi the revenue has surpassed that of same period last year by 6.7 percent.

The manufacturing sector has contributed 85 percent of the stated revenue obtained in nine months of the fiscal year while agriculture and services sectors contributed five and 37 percent respectively, she added

According to her, the commission has been striving to attract more FDI to the country despite the challenges of the COVID-19 pandemic and instability in some parts of the country.

The rising cost of insurance premiums is driving up mortgage costs, making it harder for the already Covid-19 hit homeowners to repay their loans on time. This comes after local insurers engaged in general insurance business, which involves non-motor and non-health coverage, increased their prices in December 2020.

The price review, which was approved by the Association of Insurers’ Rwanda (ASSAR) in October 2020, is binding to all operators in the general insurance business. The association backed the price changes by a 2018 actuarial study on non-motor prices.

As a consequence, insurance prices for non-motor and non-health coverage across the market have gone up as clients are realising when renewing their premiums. Locally this has affected home and property owners as well as business who are often the largest subscribers of such products.