As Odinga considers his choices, Mudavadi presents a familiar dilemma 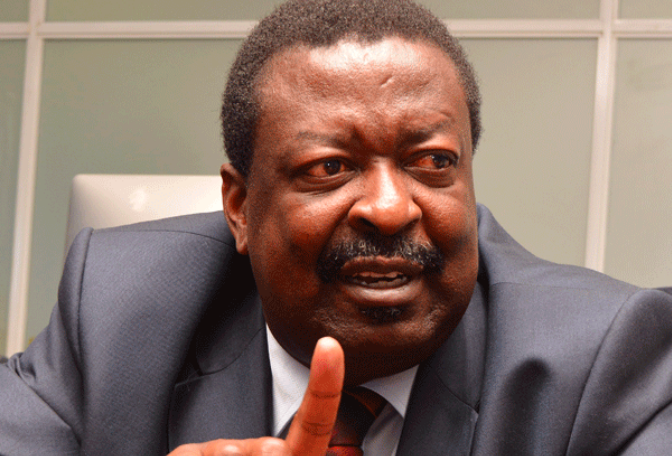 Orange Democratic Movement head Raila Odinga is scheduled to make a major announcement on December 10, but observers expect no surprises as he has pointed in the direction already.

Barring a change of heart, the former Prime Minister will be making official his fifth attempt at the presidency at next year’s General Election.

After an initial slow start, Mr Odinga has hit the ground running and nowadays, the major political stories of the day are about his tours of one part of the country as Deputy President William Ruto tours another.

Both Mr Odinga and Dr Ruto are weighed down by the dilemma of who to select as their running mate and how to set up their line-up to go with the ethnic alignments that colour political affiliation in Kenya.

The Deputy President has arguably the bigger dilemma, as there are expectations from the MPs from Central Kenya that have backed him that he would pick one of them, which makes the question for him who would be the most balanced and at the same time the most strategic pick.

Mr Odinga, on the other hand, has a less daunting task, seeing as his main partners appear to be the One Kenya Alliance (OKA), whose structure allows for the selection of a leader from amongst them.

That fact transfers the pressure to OKA, whose current issues revolve around the new-found resoluteness of Musalia Mudavadi, the head of the Amani National Congress.

Usually seen as a quiet pacifist, Mr Mudavadi has of late taken a more aggressive and defiant stance, choosing the contrarian route and buttressing it by criticizing the Government more than he previously used to.

He demonstrated it this week with attacks on President Uhuru Kenyatta, where he attacked the President’s suggestion of support for Mr Odinga when he said that leaders should not be judged on the basis of their age.

Mr Mudavadi has firm grip of his party, but the same cannot be said of his region, where Ford-Kenya leader Moses Wetang’ula and Kakamega Governor Wycliffe Oparanya have significant influence, and both Mr Odinga and Dr Ruto also draw support.

The ANC leader has sought to rely on his image as “a safe pair of hands” his long tenure in leadership – he was made a minister in his thirties – and his calm demeanour as proof that he is the right man for the job.

In wooing the OKA team, it has been suggested that Mr Odinga would promise to push forward the changes to the Constitution that would create new posts in the Executive to serve the ethnic interests that have always threatened to break the country apart.

It would sound like a hard promise to fulfill given the time it would take, but as the season of clout-building ahead of the time limits on coalition-making continues, Mr Mudavadi’s choices and chances remain as narrow as that of his OKA team.