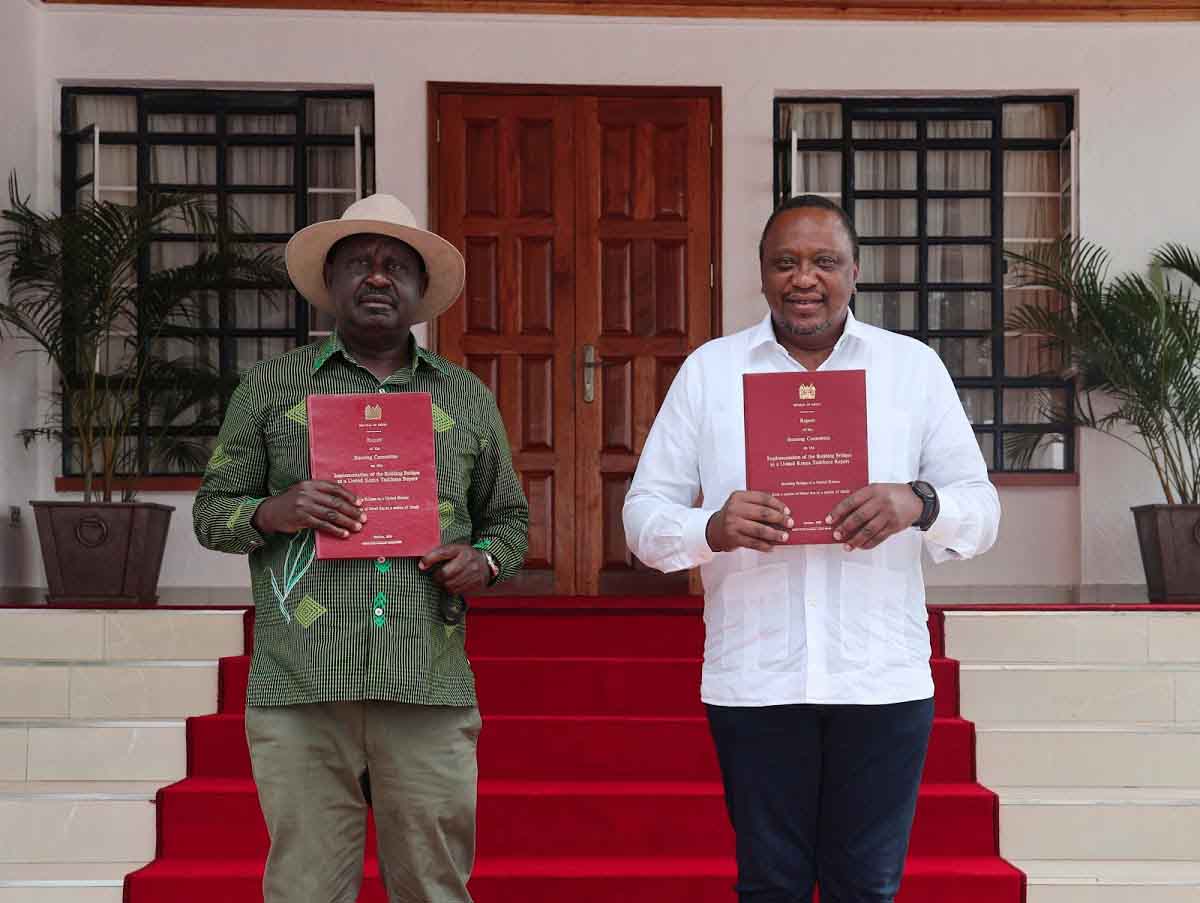 After the BBI debacle, the new Opposition are happy

President Uhuru Kenyatta and Raila Odinga surprised many, their allies especially, when they reached a truce and marked it with The Handshake on the steps of Harambee House on March 9, 2018.

Part of the agreements reached that day were to resolve the issues they had identified as being the foundation of the troubles that have bedeviled Kenya for a long time, and which none of the previous Governments have resolved.

When the consultative process ended, there were three products arising out of the report, which were basically three approaches to changing the laws required to implement the recommendations. The three products were: regulations, Bills to amend existing laws, and the ultimate Bill to amend the Constitution.

The regulations and the Bills have been quietly making their way through the legislative pipeline but the most hype has certainly been around the attempt to change the Constitution. With the decision of the Court of Appeal on Friday, the process of creating the Bill, passing it through the County Assemblies and nearly through the two Houses of Parliament has been called into question. The future of the BBI is bleak and its proponents are probably better off preparing an exit strategy, of which most would be a narrative.

For the current administration, one of the benefits of the Handshake and its product the BBI is the silencing of the noise that had since his re-election made it difficult for the President to implement his projects and essentially run the country in peace.

He has, on the other hand, watched as his deputy became increasingly disenchanted with the administration, with senior civil servants rubbing salt into those injuries by continuously seeking to embarrass him.

The Covid-19 containment measures have also gone some way in reducing the frequency of the sort of large political gatherings that usually indicate that the campaign season is on long before it is officially supposed to begin. They have limited politicians, but only to small extent, as seen in the big meeting by Mr Odinga in Nakuru and the ongoing meetings at the Deputy President’s official residence.

On Wednesday, the legality of the containment measures was called into question by the decision of the High Court that the orders issued to the police were in breach of the Constitution. With the attempt to amend the Constitution now hanging in the balance, if not dead in the water, those who were against it and have created a narrative against The Handshake will only feel it like it is fresh wind in their sails.