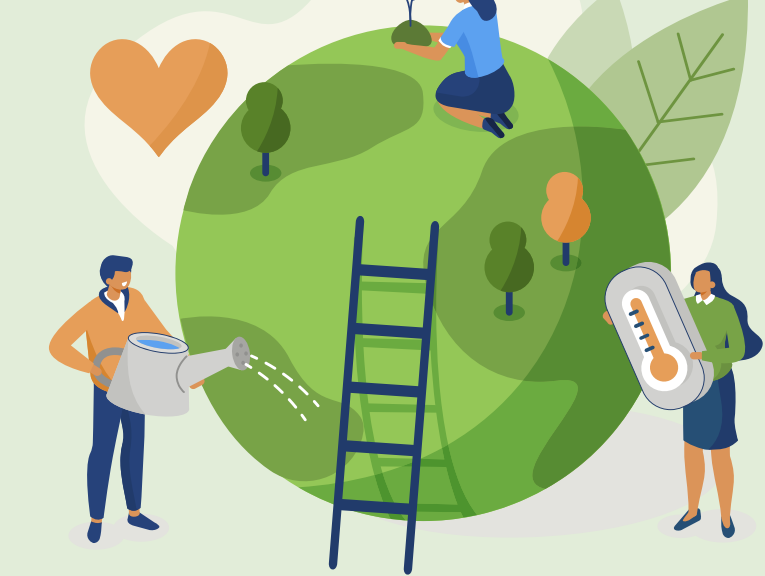 Does climate change affect everyone equally? Most definitely, no. The severity of the effects of climate change depend on factors such as geographical location, gender, social class, governance styles, disabilities, etc.

Think about it for a minute, flooding as a result of climate change would more adversely affect farmers in a region than those in formal employment. Water scarcity on the other hand greatly affects women and girls who have the responsibility to fetch water for domestic use – especially in rural areas. These factors interconnect in what is termed as intersectionality.

These examples show that some members of the community would be more prone to the effects of climate change than others.

For this reason, these factors (age, gender, sex, disability, geographical location, economic status, etc.) must be considered when developing and implementing policies and programmes around climate change. If this is not done, further inequalities and marginalisation of some groups may occur during the implementation of climate change policies. We shall concentrate on gender inclusion in this article.

With this understanding, let’s consider some tools that we can use to accelerate gender inclusion in climate action:

The first tool is gender analysis: this entails analysing the needs, interests, access to resources, constraints, responsibilities, and roles of both genders in the community to determine how the intended climate action policy or programme will affect each gender, minding not to cause further inequalities, but rather to employ gender mainstreaming in the implementation.

According to UN Women, gender mainstreaming is defined as: “The process of assessing the implications for women and men of any planned action, including legislation, policies or programmes, in all areas and at all levels. It is a strategy for making women’s as well as men’s concerns and experiences an integral dimension of the design, implementation, monitoring, and evaluation of policies and programmes in all political, economic, and societal spheres so that women and men benefit equally and inequality is not perpetuated. The ultimate goal is to achieve gender equality.”

The second tool is gender-based monitoring and evaluation (M&E). The M&E of project/programme results and impact must be disaggregated into the various intersectionality factors and in this case gender. This helps in determining the extent of the impact that a climate action project has had on gender mainstreaming. For example, instead of generally saying X people have benefitted from the programme – gender-based M&E requires that you break the number down to women and men beneficiaries.

The third tool is gender-based budgeting. This entails setting up a budget to facilitate the access and inclusion of women in your programme. You can do this by, for example, providing transport to women from rural areas to attend your programme’s activities. While it’s possible to set up programmes and declare them open to both genders, intentional facilitation of a minority group will lead to greater gender mainstreaming in your climate action plan.

In conclusion, companies have an opportunity to champion gender inclusion and mainstreaming through their climate action plans – hitting two birds with one stone. This is especially important in this decade of action. It provides an opportunity to accelerate sustainable solutions to all the world’s biggest challenges — ranging from poverty and gender to climate change, inequality, and closing the finance gap.