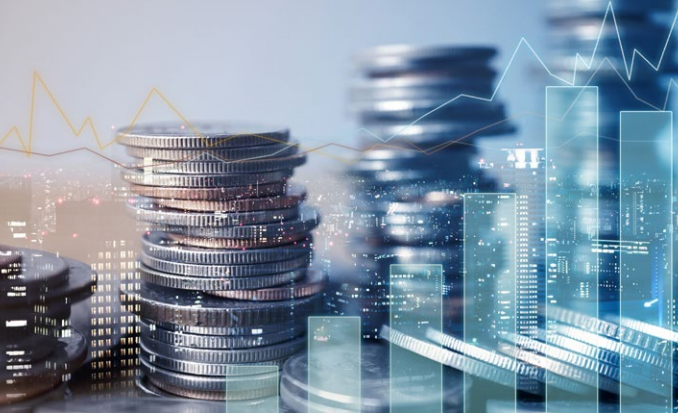 On December 17, 2020 the Central Bank of Kenya (CBK) after consulting with Payment Service Providers (PSPs) announced the expiry of emergency measures  to facilitate mobile money transactions. The announcement follows the March 16, 2020 emergency measures that the banking regulator put to ease the burden of COVID -19 and to encourage cashless transactions by the wananchi. These measures ran until June 30, 2020 then they were extended until December 31, 2020, after a review.

In the same announcement, the Central Bank of Kenya said that PSPs will introduce revised pricing structures from January 1, 2021, with the following elements:

1.There will be no charge for person-to-person transfers of up to Ksh.100 to any customer and network.

2.There will be no charges for transfers between mobile money wallets and bank accounts.

3.SACCOs regulated by the Sacco Societies Regulatory Authority(SASRA) may levy a charge for transfers between SACCO accounts and mobile money wallets.CBK will oversee these charges in the context of the products that banks and PSPs offer to SACCOs.

4.PSPs will be proposing pricing structures that reflect the “Pricing Principles” that CBK has introduced. These “Principles” aim to support the development of an efficient, safe and stable payments and mobile moneyecosystem where the customer and public interests are adequately protected.

Adequate consideration of a customer’s needs, preferences and circumstances in the design, pricing and roll out of mobile money services. The primacy of the customer interestmust be evident inhowservices are developed, priced and marketed.

Clear description of charges, fees and charges that a customer will incur at the point of sale, are during use of the service. Terms and conditions should bein simple and legible language.

Provision and pricing of mobile money services in a manner that is proportional to the service providedand benefit obtained. Pricing policies and practices should pay due regard to the profile of customers and purpose of the underlying payment.

Provision and pricing of services in a manner that is proportional to low-valueand other“public good” related payments. Pricing policies need to strike a balance between hort-termcommercial targetsand long-term sustainable growth.

The announcement finally noted that the wallet and transactions limits that were announced on March 16, 2020, will remain in force.

The East Africa Court of Justice (EACJ) has halted the implementation of a 25% excise duty on imported glass bottles into Kenya from other East Africa Community (EAC) partner states after a Tanzanian firm challenged the decision. In March 2020, Kenya amended its Excise Duty Act, 2015 by imposing a 25% duty on imported glass bottles, save for glass bottles that are used to package pharmaceutical products. Kioo Ltd – a Tanzanian firm engaged in the manufacture of glass containers for beverages and the food industry in East Africa – challenged the decision in the EACJ, arguing that the amendment would discriminate against glass products manufactured in the other EAC partner states against similar products manufactured in Kenya. The regional court granted an interim order to prohibit the government of Kenya from implementing the amendment.

Kenya eVisa system to be extended from 2021

The Kenya eVisa is being extended to travellers from all countries as part of a shift towards digitalisation. Previously, the Kenya eVisa had been available to people from select nations only. From 1 January 2021, however, all nationalities that require a visa will benefit from the electronic system. This is good news for travellers. The online application offers a faster and more efficient way to get the essential permit, with no need to attend an embassy or consulate at any point during the application process. The Kenya eVisa will be a mandatory entry requirement for non-exempt passport holders and will replace other visitor visas for Kenya. Increased use of the electronic visa will also boost security. New biometric technology is being introduced at airports in preparation for a full transition to the Kenya eVisa.

Kenya and Ethiopia have signalled an intent to deepen integration with a new border crossing after years of struggling to conduct robust bilateral trade under a regime of poor infrastructure. Officials see the Moyale One-Stop Border Post (OSBP) as an important signal to start implementing several key trading agreements reached between the two countries but which had largely been untouched. President Uhuru Kenyatta and Prime Minister Abiy Ahmed were in Moyale, a town that straddles the border between the two countries where they opened the OSBP built with funding from the African Development Bank and the United Kingdom government. Also launched was the 500km Hawassa-Hagere-Mariam–Moyale road. The new border crossing consolidates clearances for travellers and transporters under one roof so that they do not have to undergo two processes for approval. President Kenyatta asked the business community in the two countries to take advantage of the infrastructure being developed to enhance trade and investment.

The International Renewable Energy Agency (IRENA) and the African Development Bank (AfDB) have agreed to jointly support investment in low carbon energy projects, a move expected to advance Africa’s energy transition. The two entities signed a Declaration of Intent to coordinate on a range of activities, including co-organising renewable energy investment forums as part of IRENA’s contribution to the Climate Investment Platform, and collaboration on the Bank’s annual flagship Africa Investment Forum event. The partnership will also focus on enhancing the role of renewable energy in African countries’ Nationally Determined Contributions under the Paris Accord and other sustainable development objectives. The pact is also expected to pave the way for collaboration on the AfDB’s Desert to Power Initiative, which aims to mobilise public and private funding to install 10 GW of solar power by 2025 in 11 countries in Africa’s Sahel region.

The upward trend in African countries liberalising their visa regimes and welcoming African travellers continues, according to the 2020 Africa Visa Openness Index published by the African Union Commission and African Development Bank (AfDB). This fifth edition of the Index shows that a record 54% of the continent is accessible for African visitors, who no longer need visas to travel or can get one on arrival, up by 9% since 2016. In 2020, The Gambia joins Seychelles and Benin in allowing visa-free access for all African travellers. In addition, 20 countries moved upwards in rank on the Index, while 50 countries improved or maintained their scores. The report shows a significant rise in e-visas, offered by 24 countries in Africa. Notwithstanding the gains made, findings show that African citizens still need visas to travel to 46% of African countries. Countries in East and West Africa rank highest among the top performers. The Index’s findings reinforce the benefits of prioritising visa openness solutions in large and small economies, with the biggest gains accruing to business, investment, innovation and tourism. Further, facilitating the free movement of people, goods and services, becomes even more important with the start of trading under the African Continental Free Trade Area (AfCFTA) on 1 January 2021.

Chief regional administrators of Oromia, Amhara and Sidama states have expressed their commitment to provide all the necessary support to investors engaged in export business. The officials made the pledges at a half-day workshop held to deliberate on ways of encouraging investors to boost export. Oromia regional state chief administrator, Shimelis Abdissa said revising the policy and strategy on manufacturing is crucial to bring a fundamental change in the sector. The region has been working attentively to diversify export products and boost quality and quantity. Trade and Industry minister, Melaku Alebel noted that Ethiopia has earned USD1.1-billion from export in the last four months. Even if the performance is encouraging, the revenue is low when compared to the country’s huge agricultural, industrial and mining potentials, the minister noted. The low performance of export is mainly associated with low quality and quantity of export products in addition to structural, policy and implementation problems.

Acting on the directive of the Federal Government, which called for an audit of the Subscriber Registration Database in the country, the Nigerian Communications Commission (NCC) directed all mobile network operators (MNOs) to immediately suspend registration and activation of new Subscriber Identification Module (SIM) cards. The Commission said the objective of the audit exercise is to verify and ensure compliance by MNOs with the set quality standards and requirements of SIM card registration as issued by the Federal Ministry of Communications and Digital Economy as well as the NCC. Accordingly, “MNOs are hereby directed to immediately suspend the sale, registration and activation of new SIM cards until the audit exercise is concluded, and government has conveyed the new direction.” The regulator, however, said that where it is absolutely necessary, an exemption may be granted in writing by the Commission following approval from the Federal Government. It noted that violation of the directive would be met with strict sanctions, including the possibility of withdrawal of operating licences.

Ships that fail to comply with the cybersecurity code of the International Maritime Organization (IMO) may face detention from 1 January 2021. This comes as the IMO identified the management of cybersecurity as a key aspect of safety as technology becomes essential in ship operations. The group has identified cybersecurity as a major risk to be addressed in safety management systems. The handling of the risks is to be verified in audits from 1 January 2021. Director of Maritime Safety at the IMO, Heike Deggim, told the Safety@Sea webinar that “there is a strong need to balance the benefits of new technologies with safety and security concerns, in particular, cybersecurity.” Also, the United Nations report on a review of maritime transport 2020 stated that many issues may be identified on-board ships that make them more vulnerable to cyber attacks, including unsecured networks and software, lack of seafarer training and insufficient protection of data. It however stated that shipping companies would need to consider these issues and include cyber risk into their safety management systems, so they know how to deal with and approach a cyber incident.

South Sudan has announced the country’s first export of gum arabic into the European market. A local South Sudanese company is set to export 22 tonnes of gum arabic to Germany, officials said in Juba. Justine Tobrin Okomi, the chief executive officer of B-Yor General Trading Company, a firm tasked with promoting South Sudan’s gum arabic, said he is looking forward to securing more gum arabic customers in the international market. South Sudan has large quantities of the gum arabic trees in the central, western and northern parts of the country. However, the country currently relies on its northern neighbour, Sudan for gum arabic exports. James Wani Igga, vice president who heads the economic cluster, said the country’s entry into the European gum arabic market offers enormous opportunities for the country to expand its production. Igga said the government of South Sudan is seeking to promote gum arabic exports in a bid to diversify the country’s struggling economy, which has been battered by years of civil war and hyperinflation.