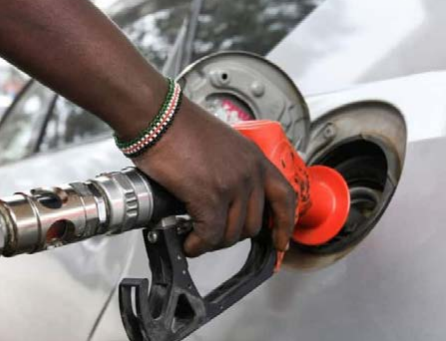 Kenyans are not likely to rest easy at the pump anytime soon due to the looming threat of fuel shortages and increasing fuel prices.

The cause of the shortage has been attributed to the unscheduled discharge of a vessel ferrying 30,000 tonnes of Premium Motor Spirit (PMS),  commonly known as super petrol, by Gulf Energy Limited on behalf of a few unnamed marketers.

The fuel was shipped in during the festive season, allegedly with the intention of discharging it without the knowledge of other Oil Manufacturing Companies (OMCs).

The illegal importation has caused much concern in the petroleum industry, culminating in queries on unfair advantage to the Ministry of Energy and Petroleum by Rubis Energy and the Oil Manufacturers Association of Kenya (OMAK).

The delay caused by the unscheduled discharge has affected four vessels that had reportedly gone through the legal importation process. As a result these vessels have incurred approximately Sh100 million in demurrage charges, that is suspected to be passed onto the Kenyan consumers, further increasing the already high fuel prices.

Rubis CEO Jean-Christian Bergerone stated that “Importing cargo that favours only a few OMCs is not only suspect, but creates disharmony among industry players, unfair competition and exposes Jet A-1 players to excessive demurrage, which is not compensated through the pump by Energy and Petroleum Regulatory Authority (EPRA)”.

Meanwhile, OMAK has called on the Petroleum and Mining ministry, Kenya Pipeline Company and EPRA to direct that the cargo be shared by all OMCs using the usual ullage formula. OMAK also requested the suspension of the concerned marketers from the open tendering system for importation of oil.

EPRA must adopt a more active role in fulfilling its mandate of regulating the upstream and midstream petroleum subsectors. EPRA should actively enforce the provisions of the Energy Act and Petroleum Act (both of 2019) in a bid to prevent future private importations of refined fuel using state-owned common user facilities.

The launch and operationalisation of Kipevu Oil Terminal this month has the potential to address delays by vessels in the discharge of their fuel cargo.The Kenya Ports Authority has completed 96% of the Sh40 billion floating terminal that will allow four vessels to discharge at a go, cutting demurrage charges. The modernization of Kipevu Oil Terminal will increase the port’s oil handling and storage capacity of PMS and other petroleum products.

However, it is yet to be determined if the increased efficiency of port operations shall effectively avert supply chain crises as observed by Gulf Energy’s illegal importation.