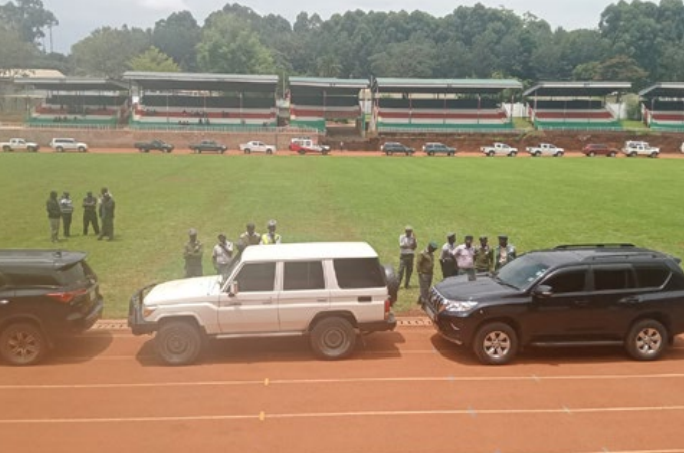 A section of newly-elected governors across the country are all over the place unearthing incredulous Human Resource (HR) issues in their respective counties.

These governors have hit the ground running and all seem quite focused. They want to keep the promises they made in their manifestos during the campaign period.  Most of them don’t need to reconstitute their County Public Service Boards unless they force the current members in the boards to resign.

Kisii Governor Simba Arati is an intriguing sceptic and he seems to know what he is aiming at. In the recent developments, he questioned the existence of 256 county drivers on a payroll against 82 vehicles.

“I want quick answers on why we have 256 drivers on payroll against 82 vehicles! These people draw salaries which are meant for development in the county,” Mr. Arati said in a statement on Thursday.

“For a county to be safe we must inflict. We must fight for sanity at all costs, there will be no shortcuts,” the governor said.

“This is the amount of money, if such wastage is prevented, could be used to build and equip a dispensary in the village,” he added.

In a statement, Taita-Taveta Governor Andrew Mwadime said he had plans to do a forensic audit on the human resource department in the county.

Further, he said he was aware of the plight of workers among them delayed salaries, suspension over flimsy grounds, poor working environment and intimidations.

In a closed meeting with workers union officials on Wednesday, Mr Mwadime said the audit is aimed at weeding out suspected ghost workers who are responsible for an inflated wage bill that hampers development in the county.

“The audit will not only examine the authenticity of workers in the payroll, but also establish their qualification and suitability to serve in different capacities,” he said.

“The workers are key to effective service delivery. To streamline the challenges, we will establish numbers, authenticity and suitability of workers in the payroll,” the Taita-Taveta governor said and added “we must make sure money needed to sort out workers’ issues is not going to ghost employees.”

Meanwhile, the Samburu County Public Service Board called off interviews for positions in the departments of ICT, medical services, public health and sanitation.

Board CEO Josephat Lekamario faulted the process over the concerns raised by Governor Lati Lelelit that no appointments had been revoked as earlier reported.

Further, in his statement with the Standard, he said the interviews that were scheduled for August 16 would be undertaken at a later date.

He had complained that he was not involved in the recruitment of new staff even though he is the new county governor.

“An independent institution will be invited to conduct a HR audit with an aim of eliminating ghost workers in the county,” the Mr Lelelit said.

“We will not accept that there are people who are out there grazing their goats instead of offering services to Wanainchi, yet they are being paid salaries by the County Government,” he said.

Functions of the County Public Service Board

The County Public Service Board is mandated with regulating the engagement of persons on contract, volunteer and casual workers, staff of joint ventures and attachment of interns in its public bodies and offices.

In an event that a public office is to be filled, the County Public Service Board invites applications through advertisement and other modes of communication so as to reach as wide a population of potential applicants as possible and especially persons who for any reason have been or may be disadvantaged.

Further, the board has the power to make appointments including promotions in respect of offices in the county public service.

On disciplinary; it is its mandate to exercise disciplinary control over, and remove, persons holding or acting in those offices.