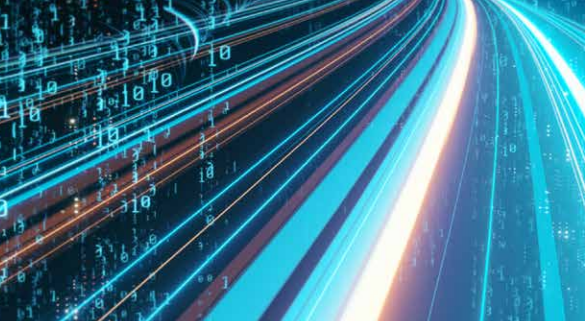 Under the campaign ‘Open Like Never Before’, Coca-Cola said this will be on top of a Sh 125 million kitty to be spent on enhancing hygienic standards, training staff and equipping 18,000 eateries with the required masks and face shields, hand-washing jerry cans and sanitizers.

Highlights of the Cabinet Meeting held at State House, Nairobi on 8 October 2020.

The president chaired the Cabinet meeting that was held on Thursday 8th October 2020.

In the meeting, the Cabinet considered the prescriptions and directives issued by the National Security Advisory Committee (NSAC) regarding the Preservation of Public Order and Security in the Conduct of Public Gatherings and Processions, Media Reporting and Responsible Conduct of Persons using Social Media.

The Cabinet unanimously endorsed and ratified the prescriptions and directives as issued by the National Security Advisory Committee (NSAC) as National Security Advisory, whose effect would commence immediately. To institutionalize the prescriptions and directives issued by the NSAC, the Cabinet approved the establishment and immediate operationalization of a Multi-Agency Team on Public Order comprising of representatives from the following state and public offices:

The primary term of reference for the Multi-Agency Team on Public Order is to monitor, document and enforce compliance with the prescriptions and directives with respect to the conduct of all public   meetings   and   processions; the   permitted processes   for   media broadcasting, publishing and reporting; and the responsible conduct of persons using social media in Kenya.

The approval of the 2020 Budget Review and Outlook Paper for the Financial Year 2021/2022’s Medium Term Budget.

The Cabinet also considered and approved the 2020 Budget Review and Outlook Paper for the Financial Year 2021/2022’s Medium Term Budget. The proposals by the National Treasury anchor the framework upon which the Government’s efforts to stimulate and sustain economic   activities through the Economic Stimulus Programme and the Post Covid-19 Economic Recovery Strategy. The proposals also set out targeted state expenditures that focus on the priority programmes and initiatives that will bring the most gains to Kenyans within the shortest time possible. In accordance with the Public Finance Management Act, the Cabinet sanctioned the transmittal of the 2020 Budget Review and Outlook Paper for the FY 2021/22Medium Term Budget to the National Assembly.

Uganda’s pension firm, National Social Security Fund (NSSF), will pay low interest rates on contributor’s savings due to the impact of the COVID-19 pandemic. NSSF managing director, Richard Byarugaba, flanked by his deputy, Patrick Ayota, said on 24 September during a virtual press briefing, that the economic downturn in Uganda and the East African region as a result of the pandemic fallout hurt the Fund’s operations in the last two quarters of Financial Year 2019/2020.

Uganda’s government said it would help finance projects to surface over 200 kilometres (124 miles) of road inside neighbouring Congo as part of plans to boost trade between the countries. Uganda will contribute about 20% of the project value while the rest will be met by Congo’s government in an envisaged public-private partnership, Ugandan Works and Transport Minister Gen. Katumba Wamala told The Associated Press. Such an arrangement is unheard of in a region where governments struggle to expand road networks within their borders. “There is always a first time for everything,” Wamala said. “This is a joint project between the two countries and there is a very good reason for that.” The office of the Ugandan government spokesman in a statement said a meeting of Cabinet had authorised the surfacing or upgrading of the road from the border to Congo’s town of Beni as well as the road from the border post of Bunagana to the city of Goma. The projects will boost investment and improve security in eastern Congo, the statement said.

In a bid to minimise cash outflows, South Sudan on Tuesday, 29 September said the maximum amount that could be allowed for travellers abroad is only USD10,000 in cash, as the country continues to work towards stabilising its weak economy following years of conflict. Michael Makuei Lueth, minister of Information and Broadcasting, said the cabinet recommended this new measure following findings by the economic cluster committee which was set up by President Salva Kiir to investigate mismanagement of non-oil revenue collection. Since the revitalised peace deal to end over six years of conflict was signed in 2018, the South Sudanese Pound increasingly depreciate against the United States Dollar as the country’s economy struggles with hyperinflation. In addition, revenue from crude oil which is the country’s major source of income, has reduced because oil-producing countries have had to cut production due to a drop in global prices caused by the COVID-19 pandemic.

The East African Community (EAC) has approved several draft policies aimed at integrating the financial services among the partner states. The integration will be realised through fast-tracking of the implementation of payment and settlement systems in the region, among others. The EAC Banking Certification Policy and its implementation strategy and roadmap is among the key document endorsed. Also approved are the draft EAC Microfinance Service Policy and the draft EAC Insurance Bill. This was announced during the tabling of the USD97.6-million EAC budget for 2020/21 financial year before the East African Legislative Assembly. Each of the six partner states will contribute about USD9.1-million. Some USD41.9-million will be raised by donors. Also considered and approved are principles required in extending pension coverage to the informal sector in the EAC bloc. Professor Nshuti Manasseh, Rwanda state minister for EAC Affairs, said requisite institutions to drive the East African Monetary Union would be established.

The Securities and Exchange Commission (SEC) has said recent guidelines on Digital Assets, Classification and Treatment is aimed at boosting investors’ protection in the capital market. Head, Registration, Exchanges, Market Infrastructure and Innovation, Emomotimi Agama, while speaking on the guidelines in an interview, said: “The first thing the SEC bothers about is investor protection. “This is no different from what we have been doing. We are looking at investor protection, integrity, transparency and of course we want to make sure the market is safe and everyone is comfortable with what is going on in the investment climate.” Agama noted that the Commission launched the Fintech roadmap last year, after which it set up the blockchain virtual financial assets committees. “These committees are both market-wide and principally set up to engage the market, to be able to have discussions with the market and get their buy-in into what we are doing.