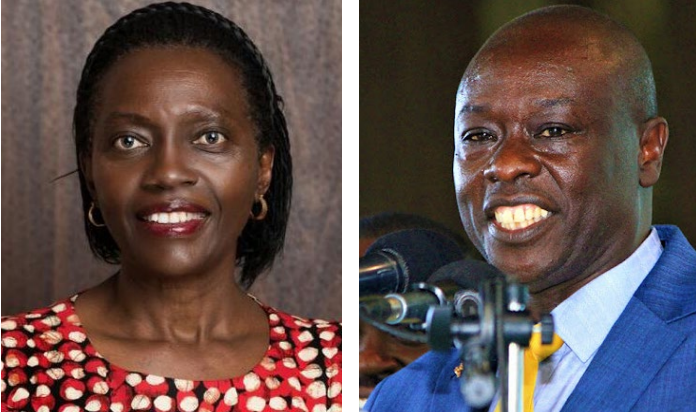 In the days after they unveiled their choice of running mate, Raila Odinga and William Ruto have had the opportunity to sit back, watch the reactions and listen to feedback on their choices.

Mr Odinga will be happy about what has been said of his choice, Martha Karua, who has in different quarters been described as an iron lady and one of those who have stood for justice and reforms since the early 90s.

For Dr Ruto, it has not helped that Rigathi Gachagua, his running mate, has had a history of working for the late President Daniel arap Moi.

Gachagua was described by his schoolmates at the University of Nairobi as a spy for the Moi government as it pursued dissenters at the institution, and was later the District Officer for Molo at the height of ethnic clashes in the 1990s when it was, quite ironically, people from his tribe on the receiving end.

Both leading aspirants have had to manage the fallouts that came with their choices. For Mr Odinga, the headache presented by Kalonzo Musyoka’s potential exit still has to be dealt with. As he was being named the prospective Chief Minister by Mr Odinga, the former Vice President hurriedly declared his bid for the presidency, complete with a running mate, but he has resumed his characteristic flip-flopping and was by the end of the week reported to be ready to take up the job offered by Mr Odinga if certain conditions are fulfilled.

Mr Musyoka has played the same card before. He was third in the 2007 General Election and could have swung the vote either way had he joined Mr Odinga or Mwai Kibaki, and is probably looking to do the same thing this time round.

For Dr Ruto, the fallout was apparent, but muted. Prof Kithure Kindiki was a serious contender for the running mate position and defeated Mr Gachagua in the party’s opinion polls and in voting by an electoral college – elected leaders and other politicians – but Dr Ruto considered additional factors. It was telling that Prof Kithure pointedly rejected any appointive positions in the next administration, which means that he is likely to fade away from political life after the General Election.

Dr Ruto and Mr Odinga are among 55 presidential aspirants and the next steps are now in the hands of the Independent Electoral and Boundaries Commission, which will scrutinise their credentials and the statutory obligations they must meet for their names to be on the ballot.

Having made their choices, the two leading candidates must now live with them and work over the next 80 days to meet their objectives.