WHAT CAN I DO TO PROTECT MYSELF? WHAT IS THE GOVERNMENT DOING? 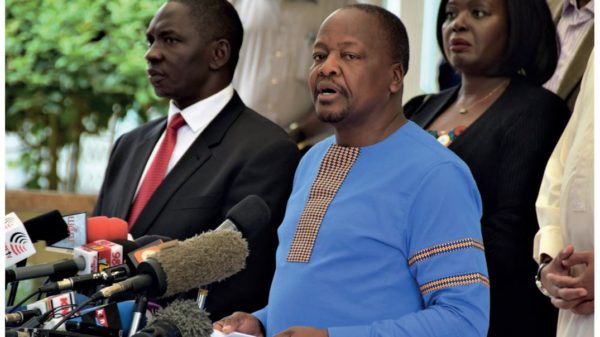 Following confirmation by the Ministry of Health that a Kenyan has tested positive for Covid-19, the question on everybody’s mind is what next? First, it is important to keep in mind that the Coronavirus is manageable and does not automatically translate to death/ mean a death sentence.
The World Health Organization (WHO) has given a mortality rate of only 3.4%. This figure was calculated by dividing the number of deaths by the number of officially confirmed cases yet there are many milder cases that do not get to hospital and are not being counted, which would bring the mortality rate significantly lower. It has been reported that it mainly affects the elderly however even among the old it is reported that over 90% will recover.
Notably, the Government of Kenya was well prepared for this scenario and is committed to mitigating the spread and protecting its citizens against the Novel Coronavirus threat. In this regard, the Government has taken deliberate steps to raise awareness including but not limited to setting up an information portal that is updated daily and has mobilised its machinery at both national and sub-national levels towards emergency response including approval of emergency employment for medics. The Kenya Medical Practitioners, Pharmacists and Dentist Union (KPMDU) has confirmed that they have more than 3000 qualified medics ready to be deployed and absorbed immediately.

The Government through the MoH continues to strengthen measures to ensure no further transmission of the disease in Kenya. The National Emergency Response Committee on Coronavirus will continue to provide leadership working through whole Government approach to respond to the SINGLE case in implantation of mitigation measures.
Notably, via a press statement, the NERCC confirmed that the Government had traced all persons that the infect person had been in contact with and called for calm among the citizenry moving forward. Additionally, heightened surveillance systems at all points of entry, health facilities and communities across the country are in place. As part of the mitigation measures that have been adopted is temporary suspension of prison visits for the next 30 days; suspension of all inter-school activities, all public gathers, meetings and events. The Government has also directed public transport providers to provide hand sanitizers for their clients and regular cleaning of the vehicles; as well as implored
Kenyans not abuse social media platforms or indulge in spreading misinformation that can cause fear and panic.