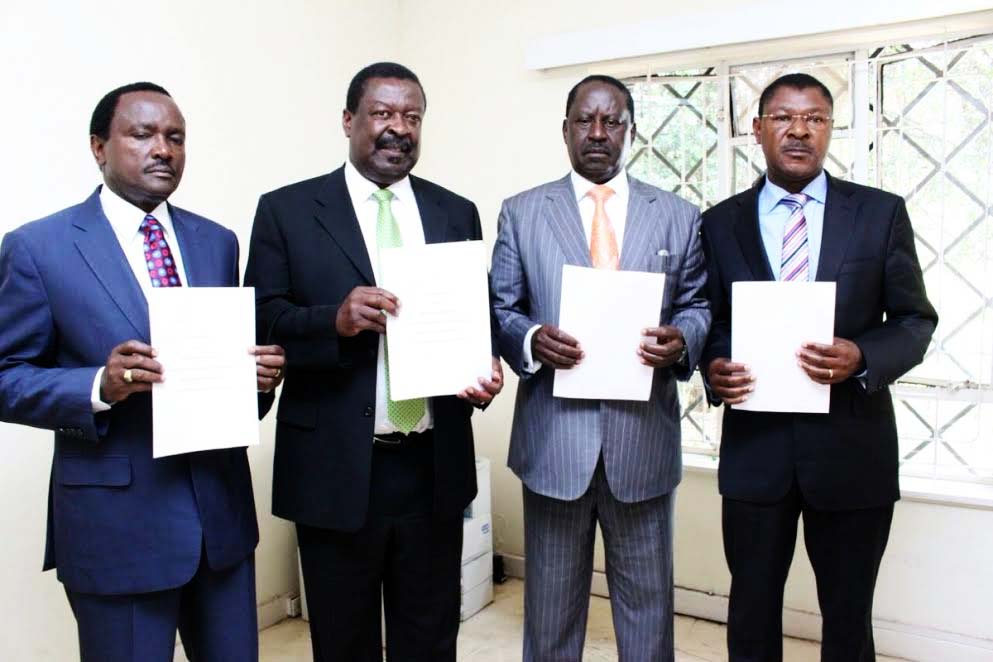 Tricky attempts to revive NASA, without a Candidate

President Uhuru Kenyatta is reported to have made an attempt this week at uniting the heads of the now-dead National Super Alliance, the coalition Raila Odinga used to make his last attempt at the presidency.

The President is reported to have initiated a meeting between Mr Odinga and his erstwhile running mate, Kalonzo Musyoka, in an attempt to create a united front against Deputy President William Ruto.

The Deputy President is seen as the leading candidate for the presidency next year as he has managed to maintain the momentum by regular political engagements and dominating the newspaper front pages.

It is still too early to tell whether the President’s agenda will come to fruition.

Mr Musyoka has maintained an anti-Odinga stand with some consistency since the initial fall-out in Nasa over the former Premier’s decision to close ranks with the President without notice.

While Nasa’s lack of unity was an open secret, even before the General Election in 2017, keeping an Opposition together when one of its pillars has effectively joined the Government is a lost cause.

That’s why and how it is difficult for the pro-Handshake team to stop the Deputy President, whose strategy appears to have leaked.

Dr Ruto’s plan is to: distance himself from the Jubilee Party by grandly accepting defectors to his United Democratic Alliance, building up the Hustler narrative, playing the victim of State harassment, fighting the Building Bridges Initiative and creating a rebellion against the President’s choice.

He has succeeded in making defections acquire significance, and the success of the fight against the BBI will be determined when the Court of Appeal issues its judgement on August 20.

The Hustler narrative has met some stumbling blocks in the form of rivals who point out the DP’s wealth and gaps in his personal narrative but it is difficult to tell whether it can have the cross-cutting appeal that goes beyond tribe.

His side’s bid to portray the prosecution of some of his political allies as persecution by the State has run into headwinds as the cases against some of them, such as Mathira MP Rigathi Gachagua, are dumbfounding. Mr Gachagua is alleged to have made as much as KSh12 billion from Government tenders.

Without a clear candidate of choice from the incumbent, the fifth prong of the DP’s strategy is yet to come into play.

The upshot of this is that while it is difficult to tell whether the pro-Handshake team will succeed in their efforts against the Deputy President, there is little to show progress.