Regulating the legal tech space, Bills in the pipeline 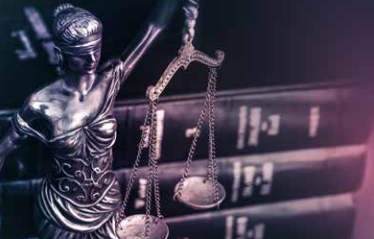 Bridging the nexus between technology and the law has proven to be an increasingly tumultuous  domain to regulate. However, this has not discouraged Kenyan legislators from attempting to regulate the disruptive sector. Below is a snapshot of four proposed legislation, at varying stages of approval, that seek enactment before the National Assembly and the Senate.

CMCA was originally conceived in 2018 to designate computer-related offences and enable timely and effective detection, prohibition, prevention, response, investigation and prosecution of cybercrimes. The amendment Bill was tabled before the National Assembly by Hon. Aden Duale in May 2021. Among the key proposals is to provide an additional function of the National Computer and Cybercrimes Coordination Committee (Cybercrimes Committee) which is to recommend websites that may be rendered inaccessible within the country. Concerns over arbitrary use of the power to render websites inaccessible emanate from the lack of provisions stipulating when the power may be exercised by the Cybercrimes Committee. Furthermore, there is uncertainty regarding which bodies the Cybercrimes Committee shall be making recommendations to render websites inaccessible.

Furthermore, the Bill seeks prohibition against sharing of pornography (defined as sexually explicit conduct) through the Internet. The wide discretion afforded in the interpretation of what constitutes sexually explicit conduct has raised apprehensions about illiberal restriction on the freedom of expression, possibly leading to self-censorship by Kenyan citizens in a bid to avoid criminal liability. In addition, pornography is not a form of expression that may be restricted under international law or under the Constitution of Kenya. Further, grievances pertaining to the right to privacy have been raised based on the surveillance measures and intrusion into the intimate personal affairs of citizens required to investigate and prosecute sharing of sexually explicit conduct. Disconcertingly, the Bill proposes disproportionate and unreasonable sanctions for sharing of pornography, with custodial sentences of a maximum 25 years and fines of up to KSh 20 million.

The Central Bank of Kenya (CBK) Act was promulgated to promote financial stability through regulation, supervision and licensing of financial institutions. The Bill was proposed by Hon. Gladys Wanga in April 2021, with the principal objective to amend the CBK Act to provide for licensing and supervision of digital credit service providers who are not regulated under any other law. In particular, the Bill seeks to regulate businesses providing credit facilities or loan services through a digital channel. The current position is that there is no legal framework governing digital borrowing platforms. As such, the Central Bank of Kenya will have an obligation of ensuring that there is a fair and non-discriminatory marketplace for access to credit.

The CBK shall be empowered to determine the capital adequacy requirements and minimum liquidity requirements, as well as approve the digital channels and business models through which digital credit business may be conducted. The requirements may inhibit growth and stifle innovation of the fintech environment in Kenya as startups may not possess the prerequisite capital base to acquire licenses to operate in the market.

The ICT practitioner’s Bill was originally incepted and sponsored in 2016 by Hon. Aden Duale, but was not enacted due to potential duplication in regulation and concerns over the prevention of individual talents from realizing their potential. The second reiteration of the Bill was subsequently tabled before the National Assembly by Hon. Godfrey Osotsi in November 2020.

The Bill proposes the establishment of a legal framework for the training, registration, licensing, practice and standards of ICT professionals in Kenya. The objective is to professionalise practitioners within the ICT sector and to have them governed and regulated, similar to other professions in Kenya such as legal and medical practitioners. This shall culminate with the establishment of the ICT Practitioners Institute, as the body empowered to establish standards of professional competence and practice. Concerns have been raised concerning the fact that the Bill potentially stifles innovation and growth of the sector as numerous ICT practitioners possess the skills but lack formal education and certifications that qualify them to register as ICT practitioners, as mandated under the Bill.

The Proceeds of Crime and Anti-Money Laundering Bill was enacted in 2010 to create the offence of money laundering and to introduce measures for combating the offence. The amendment Bill was sponsored by National Assembly Majority Whip Hon. Amos Kimunya in August 2021. Amongst the key proposals is the obligation that legal practitioners, both independent and under employment, to act as reporting persons (whistleblowers) of suspected money laundering activities, particularly in the context of:

Furthermore, the Bill contemplates the establishment, membership, functions, committees and procedures of the Asset Recovery Oversight Board. In addition, the Bill recommends the adoption of new provisions that permit limitations on the right to privacy if a person is suspected or accused of an offence under the Act. Specifically, the Bill permits searches of homes and property; allows for seizure of personal possessions; permits revealing information relating to the person’s financial, family and private affairs, and sanctions investigation and interference of the accused’s communications.