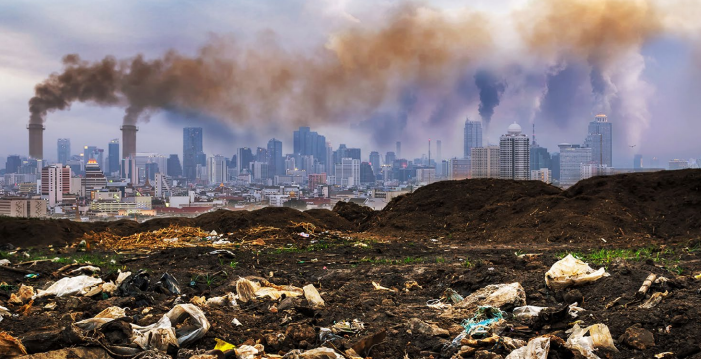 The 7th Annual Devolution Conference focused on climate change, specifically the Multi-Level Governance for Climate Action. The aim of the multi-governance approach is to strengthen sub-national governments to act on climate change through development of more robust and focused execution of mitigation and adaptation strategies.

In his speech, the President reiterated the urgency to act stating that: “climate change is not a future problem but a present and serious threat to all countries across the world.” He added that: “Climate change poses an existential threat to Kenya even though our role in precipitating the problem is negligible – we contribute less than 1% of current global greenhouse gas emissions.”

Kenya is ranked as the 31st most vulnerable country to climate change and its impact leads to a loss of about 3% of the Gross Domestic Product (GDP) annually. Presently, 2.5 million people in 23 counties are facing famine because of drought.

Cognizant of the immense threat that climate change poses on the country, the government has adopted a comprehensive set of policies, rules, and procedures to address climate change. This effort has culminated in the development of the following key instruments:

These policies are currently being mainstreamed through the sectors in forestry, agriculture, water, energy, waste management and health. It is important to underscore that since most of these functions are devolved under schedule 4(2) of the Constitution, it is critical that the two levels of government work closely to execute them effectively.

Implementing these policies and programmes requires substantial financial resources. Kenya has committed to reduce her greenhouse gas emissions by 32% by 2030. This will cost Ksh. 6,874 billion (US $ 62 billion). Out of this figure, Kenya will mobilize 13% from domestic sources, while the balance of 87% will be funded from external sources.

Kenya will also be seeking to attract green investments such as the electric boda bodas and to tap into innovative finance such as blended financing to de-risk private investment. These efforts will open new avenues for green manufacturing and new job opportunities.

Further, Kenya recently joined the Adaptation Action Coalition and the UN Call for Action on Adaptation and Resilience.

By partnering with these two institutions, Kenya is sending a clear political statement that it will continue to work with other like-minded governments, institutions, business, and civil societies to accelerate action to moderate the negative impacts of climate change, facilitate adjustment to expected climate impacts and strengthen capacity to absorb, and recover from climate change effects.

In his closing remarks, the President restated his support in combating the impact of climate change stating, “I will personally remain in the forefront, to ensure that our desire to achieve a low carbon resilient and prosperous future; is realized.”