Political quake at the core of Jubilee 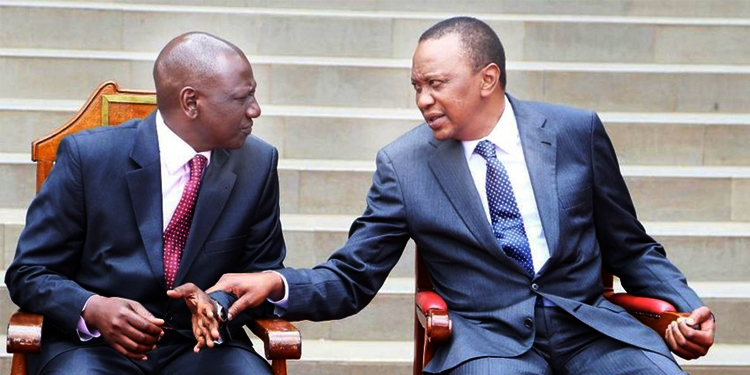 The heat in the Jubilee Party has been building up and this week, the beginnings of the end of the vehicle President Uhuru Kenyatta used to win two elections could be seen.

It started with a meeting by more than 100 MPs supporting the faction of the party led by Deputy President William Ruto, who have coalesced around the United Democratic Alliance.

They issued statements of intent about the penultimate year of the National Assembly and of defiance against the party, which has flexed its muscles and expelled six nominated senators (they have since appealed and had the decision stopped).

Amongst the MPs at Ruto’s Karen residence that day was Murang’a Senator Irungu Kang’ata, who has made a dramatic exit from the President’s wing, and who would later lose his position as Senate Majority Whip.

The MPs allied to the Deputy President plan to leave the Jubilee Party en masse close to the General Election in 2022, which will enable them avoid the risk of having to go to a by-election.

On Friday, President Kenyatta made a thinly-veiled attack on the Deputy President when he asked critics within the Government he leads to decide whether they will remain part of it or quit.

He said: “If you feel the government is good, stay with it. If you keep criticising it, leave and let others continue working.”

Because they were elected together, the President’s hands are tied and it would be a tedious task if he were to decide to dismiss his Deputy.

For the Deputy, the tricky part is that he finds himself largely idle, and he is at a point in his bid for the Presidency where he finds it difficult to stop, as he figures he risks losing momentum.

This means that he can only continue his campaigns and the Daniel arap Moi method of hosting delegations at his home, donating money at fundraisers and courting politicians from across the country.

With the apparent success of the Building Bridges Initiative he has been quietly opposing, he will have his hands full.

In the meantime, the party they built faces an uncertain future, and will follow in the path of parties whose candidates have won elections in Kenya since Independence.