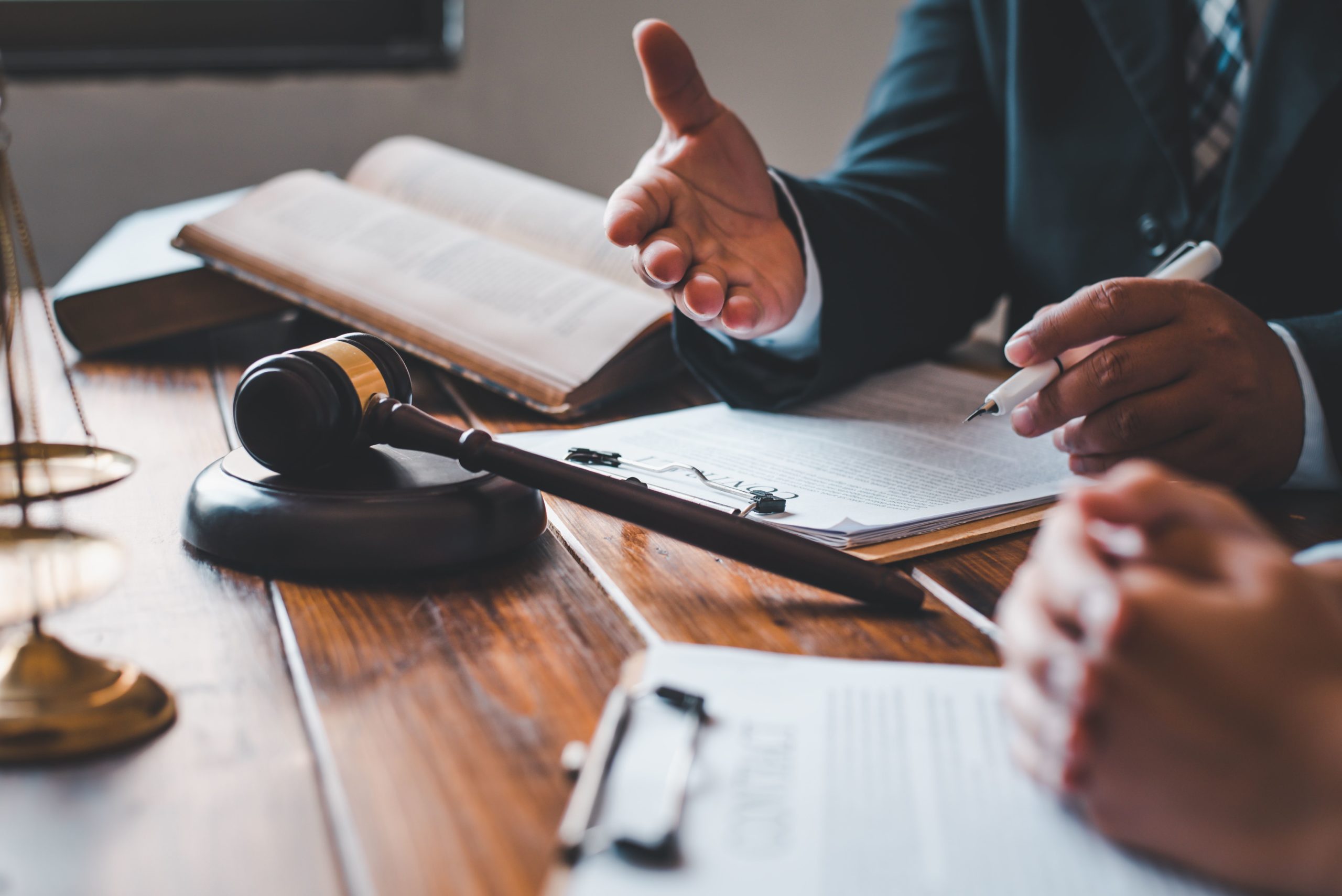 We, Africans, are preceded by a great legacy.

Beyond dominating track events, producing international football stars and having historic performances in rugby and cricket, Africans have left their mark in Sports Disputes Resolution.

Judge Keba Mbaye was the progenitor of international Sports Arbitration. He was a renowned Senegalese jurist and had wide-ranging interests which included a love for sport. He, alongside other eminent Africans such as Jean-Claude Ganga of the Congo and Henry Adefope of Nigeria, played a key role in the re-admission of the South African Olympic Committee to the International Olympic Committee (IOC) membership in 1991 following the abolition of apartheid in South Africa.

In 1983, the then President of the IOC, Juan Antonio Samaranch, charged Judge Keba Mbaye with the responsibility of chairing a working group to prepare the founding statutes of what would later become known as the Court of Arbitration for Sport – CAS (or in French, Tribunal Arbitral du Sport –

TAS). Judge Mbaye used his expertise in human rights law and international arbitration to come up with the Court of Arbitration for Sport (CAS), a specialized institution for Sports Disputes Resolution. He served as the first President of the CAS from 1983 up until his death in 2007.

Ouster of Jurisdiction of State Courts in resolution of Sports Disputes

Sports have laws and rules that are unique only to the field of sport and provide for self-regulation. Sports regulations are constitutionally autonomous from national law, and have unique jurisprudence and case laws which are different from those of national courts (Lex Sportiva). Sports-related disputes range from: Affiliation disputes such as those resulting from two or more bodies claiming to control a specific sport discipline at one time; Governance disputes such as those resulting from elections of association officials; Commercial disputes such as those resulting from sponsorship agreements; Registration and Transfer of players disputes; Eligibility disputes concerning an athletes’ eligibility to participate in competition; Transfer of allegiance from one nationality to another; Appeals from disciplinary sanctions; and Anti-doping matters.

Sports organizations are obliged to manage their affairs independently and ensure that their dealings are not influenced by third parties such as national governments or national courts.

International sport regulation is not subject to oversight by State law. Whenever a State attempts to adversely regulate sport through national legislation, judicial determination, or executive order, International Federations deem this as interference and impose sanctions -usually by way of suspension against such a State in order to safeguard sporting autonomy.

Sports organizations have set up an intricate autonomous mechanism of dispute resolution which usually involves arbitration at two or three levels; first at club level, and then at the national federation/association level, and finally at the international level. (Arbitration is a form of Alternative Dispute Resolution (ADR) – a means by which parties agree to resolve conflict in private proceedings outside ordinary courts of law).

The Sports Disputes Resolution system is dedicated to resolving any sports-related disputes in a flexible, fast and inexpensive manner. The slow pace and lack of specialized or technical expertise by ordinary courts would inflict substantive administrative, financial and logistical pressure on sports organizations. It is for this reason that courts, generally do not interfere in sports-related disputes unless in very exceptional circumstances.

The most widely quoted cases to support the cause for specialized sports tribunals are: McInnes v. Onslow-Fane (1978) “Sports bodies are far better fitted to judge [sports-matters] than the courts,” and the legally famous Lord Denning, in Enderby Town Football Club Ltd v. Football Association Ltd (1971) “Fairness could often be achieved in domestic tribunals better by a good layman than by a bad lawyer”.

Sports Arbitration on the African Continent

Despite having an African present at the helm of International Sports Disputes Resolution, African parties themselves are not appointing or are seemingly reluctant to appoint African arbitrators to resolve their international sports-related matters. Africans’ failure to endorse or consistently appoint their own could lead to stagnancy rather than development of African sports arbitration.

For example, in the year 2016 independent research revealed that there were only 27 Africans out of 356 who were appointed as CAS Arbitrators, none of whom were female. The oldest African arbitrator was 82 years old; the youngest was 38 years old, while the average age of the African arbitrators was 62.7 years. However, there wasn’t any clear information indicating whether any of these African Arbitrators were appointed to cases.

Only 2 of the afore-mentioned African ADR Tribunals have offered sports arbitration in the past, namely; the Cairo Regional Centre for International Commercial Arbitration (CRCICA), and the Arbitration Foundation for Southern Africa (AFSA). On 4 th July 2012, CRCICA entered into agreement with the International Council of Arbitration for Sport (ICAS) thus becoming a host of an Alternative Hearing Centre (AHC) for the Court of Arbitration for Sport (CAS). However, majority of international sports arbitration cases involving African parties are still being heard outside of the African continent. For instance, anti-doping cases concerning international level athletes are being heard in London at the Sports Resolution offices of UK, whereas all Football matters of an international dimension are being heard by FIFA Dispute Resolution Chambers or FIFA Player Status Committee in Zurich, Switzerland.

Kenya stands out as having a statute-based national dispute resolution tribunal. Through the enactment of the Sports Act of 2013 Kenya has implemented legislation to allow for dispute resolution specific to sport through its Sports Dispute Tribunal (SDT).

Although the SDT is a national tribunal established by national law, and is couched under Kenyan Judiciary it has been given the power by law (see section 58 of the Sports Act) to use ADR mechanisms (including arbitration and mediation) to dispense with matters. The SDT uses the sports regulations unique to each sport in order to make rulings which are of a sport-specific nature. However, there have been incidents of conflict between the sovereignty of national law and autonomy of sports regulations where the SDT failed to adhere to principles of sporting autonomy. For instance, when FIFA rejected the SDT ruling in the case of Football Kenya Federation v. The Sports Registrar (Case 3 0f 2020), on the grounds that the SDT does not have the jurisdiction to cancel or interfere with the democratic electoral processes of FKF as its affiliate association.

By anchoring the SDT in the Kenyan Judiciary, the state ensures ease of access to the Tribunal for the average sports person by eliminating the expenses of a private arbitrator thereby making pursuit of sports justice affordable.  In 2019, the SDT was given authority to decentralize its activities and to conduct hearings for anti-doping matters in Eldoret in order to further expand the accessibility of the tribunal to disputants.

The uniqueness of the SDT lies also in the composition of its members. The SDT has 9 members appointed by the Judicial Service Commission, majority of whom are lay men who have had at least 10 years’ experience in sport in capacities ranging from sports administration, journalism, refereeing, or as athletes.

Another unique feature of the SDT is that it is recorded as being the 1st Tribunal to embrace use of tele-conferencing to deliver rulings immediately following the pandemic lock-downs, and it also embraces the use of sign language and local dialects during proceedings.

Next Steps for African Sports Arbitration

Sports-related disputes are on the rise in Africa and African nations are now taking steps to fully engage in commercialization of sport and to set up specialized sport dispute resolution mechanisms.

In 2016, Mauritius passed the Sports Act of 2016, which established their own Sports Arbitration Tribunal (SAT) with jurisdiction to adjudicate on any dispute relating to sports referred to it by the Ombudsperson for Sports or any person who feels aggrieved by a decision of the Mauritius Olympic Committee, a National Sports Federation, a Multisport Organisation, a regional sports committee, a sports club, a licensee, any member, referee, coach or other official of a sports organisation.

In 2017, Egypt enacted their new Sports Law number 71 of 2017 which was promulgated to regulate the sports activities in Egypt and established a dispute resolution center – the Egyptian Center for Sports Settlement and Arbitration to settle all sports disputes arising from the implementation of the new Sports Law, and any disputes arising from the interpretation or execution of all sports contracts, including television broadcasting contracts, sponsorship contracts of professional players and coaches contracts.

In 2020, Nigeria launched its draft National Sports Industry Policy which recommended a framework through which domestic sports disputes are expeditiously adjudicated by experts in sports through acceptable alternative dispute resolution mechanisms.

Sports Dispute Resolution is slowly but surely taking shape across the continent, and we should look forward to positive developments in sports springing from the evolution of sports justice.

Sarah Ochwada is a Retired Runway Model turned Archer, Advocate, Arbitrator and Lecturer. She is a pioneering Kenyan Entertainment Lawyer and is the 1st black African woman to hold a Masters’ Degree in International Sports Law. She was an Adjunct Lecturer at Strathmore University Law School based in Nairobi, Kenya where she has taught undergraduate and executive courses in Sports & Entertainment Law, Media Law, Consumer Protection Law, and Fashion & Beauty Law. She is also a visiting lecturer at ISDE Law and Business school where she has taught International Sports Law at their Madrid Campus, Spain and at Wolfson College, Cambridge, UK. She is Legal Counsel for the National Olympic Committee of Kenya (NOCK), and has been appointed as Arbitrator for the Qatar Sports Arbitration Foundation (QSAF), Football Kenya Federation (FKF), Athletics Kenya and Cricket Kenya. Sarah is the CEO for Centre for Sports Law a non-profit providing pro-bono legal services for the sports sector – specifically representing athletes before the Sports Disputes Tribunal and the Court of Arbitration for Sport. Sarah runs her own private practice – SNOLEGAL Sports & Entertainment Law- a cyber-legal firm focusing on emerging and cutting edge areas of law.