12th February 2021 Parliamentary Round Up 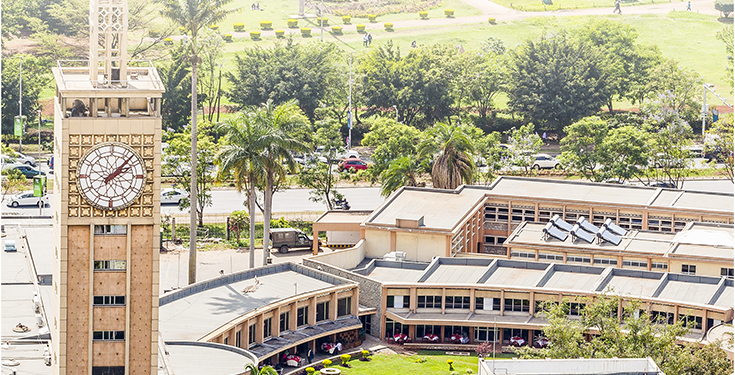 Reintroduction of Business that Lapsed

In accordance with the Standing Orders, Motions, Questions and Statements which had not been responded to lapsed. Thus, Chairperson of a Committee or individual Member who wished to reintroduce such business was advised to do so by contacting the Table Office to revive that business. This, however, does not apply to Bills and Petitions which were saved by way of a resolution of the House on 3rd December 2020.

By the Leader of the Majority Party

The Bill was published on 14th December 2020 and read the First Time during the Special Sitting of the House on 22nd December 2020. The Bill seeks to make amendments to 10 statutes which do not warrant the publication of separate Bills to facilitate ease of doing business in Kenya. The said Bill has been referred to the various relevant Departmental Committees for consideration and public participation.

The committees will consider the Bill as follows:

(1) The Departmental Committee on Justice and Legal Affairs will deal with the provisions of the Bill touching on the following laws:

(2) The Departmental Committee on Labour and Social Welfare will deal with the provisions of the Bill touching on the following laws:

(3) The Departmental Committee on Finance and National Planning will consider the provisions of the Bill proposing to amend the Stamp Duty Act (Cap. 480 of the Laws of Kenya).

(4) The Departmental Committee on Health will consider the provisions of the Bill proposing to amend the National Hospital Insurance Fund Act (No. 9 of 1998).

(5) The Departmental Committee on Lands will consider the provisions of the Bill proposing to amend the Land Registration Act (No. 3 of 2012).

(6) The Departmental Committee on Transport, Public Works and Housing will consider the provisions of the Bill proposing to amend the National Construction Authority Act (No. 41 of 2011).

It was noted that the Committees should facilitate public participation as they consider their relevant portions of the Bill, following which they should file their respective Reports with the Departmental Committee on Justice and Legal Affairs which was appointed to be the lead Committee on the Bill.  The lead Committee is thereafter expected to table the Consolidated Report in the House prior to commencement of the Second Reading on the Bill.

By the Hon. Martha Wangari, MP

Towards the end of the last Session, the National Assembly passed the Employment (Amendment) Bill (National Assembly Bill No. 15 of 2019). Following its passage, the Bill was presented for assent to His Excellency the President in accordance with the provisions of the Constitution and the Standing Orders.

However, in exercise of the powers conferred under the Constitution, His Excellency the President, by way of a memorandum, referred the Bill back to the National Assembly for reconsideration. In his Memorandum, the President expressed reservations on sub-clauses (4), (5) and (6) of Clause 3 of the Bill which sought to insert a New Section 29A to provide for pre-adoptive leave to parents of a child born as a result of a surrogate motherhood agreement. The proposed new section provides that a parent of a child born through surrogacy shall be entitled to parental leave with full pay. It thereafter sets out the procedure for applying for such leave.

Amongst the reasons for his reservations, His Excellency the President noted that amending the law in the manner proposed in the Bill will lead to surrogacy agreements operating in a vacuum in terms of absence of a substantive legal and regulatory framework governing surrogacy in Kenya. While noting that surrogacy is a novel reproductive science, His Excellency the President observed that it touches on children, reproductive rights and the concept of family. Therefore, there is need to first put in place a rigorous substantive legal and regulatory framework to protect all parties within the surrogacy agreements.

His Excellency the President also objected to the proposal on grounds that the provisions relating to surrogate motherhood agreements are of a substantive nature hence necessitating the formulation of a comprehensive policy arrived at after broad public participation and stakeholder engagements that will inform legislative positions. Consequently, the President recommended deletion of sub-clauses (4), (5) and (6) of Clause 3 of the Bill. The Reservations were referred to the Departmental Committee on Labour and Social Welfare for consideration.

The Tea Bill and the Anti-Doping (Amendment) Bill

The House was notified that the Senate passed two Bills which had also been considered and passed by the National Assembly towards the end of last year:

The Senate passed the two Bills in the form passed by the National Assembly. The Bills were then assented to on 31st December 2020 and have since become part of the Laws of Kenya.

The House Calendar for The Fifth Session (2021)

The House approved the Calendar of the National Assembly (Regular Sessions) for the Fifth Session (2021). It resolved to vary the First Part of the Session (9th February to 6th May 2021) as follows:

(a) The sitting of the House of Wednesday, 10th February 2021 (Afternoon) shall stand suspended;

(b) All Wednesday (Morning and Afternoon) sittings will stand suspended with effect from 17th February 2021;

The House shall resume for the Sixth Session on Tuesday, 25th January 2022 at 2.30 p.m. It was noted that next year being an election year, the Sixth Session will start earlier as the House will need to fast track the budgeting process. Members of the House will also need 60 days before August 2022 for them to go and do their campaigns, during the final recess.

The House was given Notice to adopt the Report of the Departmental Committee on Environment and Natural Resources on Sessional Paper No. 1 of 2020 on the Kenya Wildlife Service Policy, laid on the Table of the House on Thursday, December 03, 2020, and further approve Sessional Paper No. 01 of 2020

By the Chairperson, Departmental Committee on Health

The principal object of the Bill is to provide for the regulation of the activities relating to blood donation, testing, processing, safeguarding, transfusion and quality control.

By the Chairperson, Departmental Committee on Justice and Legal Affairs

The principal object of the Bill is to consolidate the law relating to conduct of referenda, to provide for a transparent and fair process in order to obtain a clear expression of the will of people, by establishing the procedures for the conduct of referenda, providing for the referendum committees and establishing a level playing field for the opposers and supporters of a referendum  question, by providing for equal public funding and by limiting expenditure in a reasonable manner for the public good, to afford the people an opportunity to make decisions based on information from both points of view.

Changes in the Office of the Senate Majority Whip

The House was notified that the Speaker received Communication vide a letter dated 9th February, 2021, from the Office of the Senate Majority Leader, Sen. Samuel L. Poghisio, EGH, MP.  The said letter was accompanied by the following documents –

The Communication and the minutes indicate a resolution to remove the Senate Majority Whip, Sen. (Dr.) Irungu Kang’ata, CBS, MP and elected Sen. Kimani Wamatangi, MP, in his place. It was noted that the change was made in accordance with Standing Orders and met the threshold required.

The Cooperative Societies (Amendment) Bill (Senate Bills No. 11 Of 2020)

The principal object of this Bill is to amend the Co-operative Societies Act, No. 12 of 1997 so as to align it to the Constitution of Kenya, 2010 by setting out the functions of the National Government and the county governments in relation to governance of co-operative societies. This Bill also seeks to provide that governance of primary co-operative societies be overseen by county governments while the National Government shall be responsible for national policy and be responsible for the apex society and co-operative unions.

Quality of Salt in The Kenyan Market

A Statement was made on the need to check the quality of salt in the market. It was noted that Kenya is one of the countries where people are unknowingly consuming some good amount of micro plastics in table salt, according to a study by the study by the University of Queensland, Australia, and the Federal University of Technology in Nigeria. The Study further shows that also affected could be seafood. It was noted that the presence of plastic in salt can either cause physical damage to the body or result in chemical poisoning. The National Environmental Management Authority (NEMA) and the Kenya Bureau of Standards (KEBS) were asked to this threat by executing their duties diligently to ensure that Kenyans are safe.

A statement was sought from the Standing Committee on National Security, Defence and Foreign Relations regarding the rampant police harassment of civilians while enforcing the COVID-19 protocols and guidelines. In the Statement, the Committee should-

The Status and Operations of the Kenya Scouting Association (KSA)

A statement was sought from the Standing Committee on Labour and Social Welfare on the status and operations of the KSA. In the Statement, the Committee should –

A statement was sought from the Standing Committee on Education on the rise in incidents of fires in learning institutions in the country and the resultant insecurity of learners, workers and property. In the Statement, the Committee should-

Roadmap to the activities leading to the 2022 General Elections

A Statement was sought from the Standing Committee on Justice, Legal Affairs and Human Rights on the roadmap to the activities leading to the 2022 General Elections. In the Statement, the Committee should-