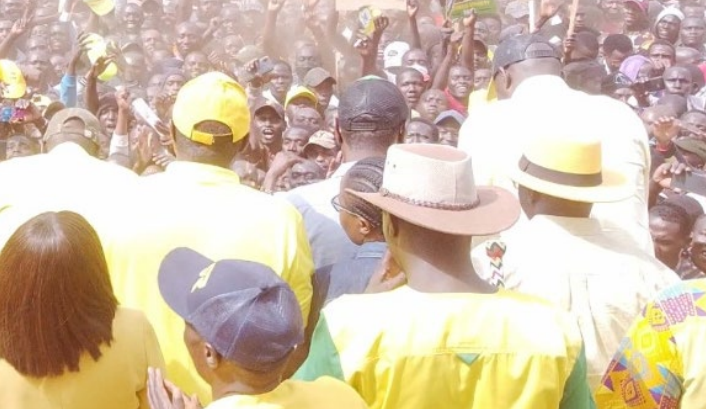 The nomination of Principal Secretaries this week marked yet another stage in the creation of the administration of President William Ruto.
His choice of nominees contained some interesting aspects: the nomination of politicians Nixon Korir and Jonathan Mueke; the retention of Dr Chris Kiptoo, Belio Kipsang, and Charles Hinga; and the elevation of advisers Dr Korir Sing’oei and Prof Edward Kisiangani.
The nomination means that the top leadership members of the administration are in place, albeit halfway through the first 100 days and pending the rubberstamp of the National Assembly.

In Parliament, the President’s party has taken prime position in the committee, where the real action happens in the current system. Although there have been whispered complaints by the smaller parties in the Kenya Kwanza coalition over the sharing of seats, nothing much would change. Even as he goes about setting his administration in place, the President has also embarked on undoing what he sees as ills in the system set up by his predecessor.

This undoing has been most evident within the police service, where the pursuit of a special
unit created by George Kinoti, the former head of the Directorate of Criminal Investigations,
continues. After they were arraigned in court, the nine detained officers have claimed that
they have been put under pressure to implicate Mr Kinoti. The case against the nine is hinged
on the disappearance of two Indian nationals and their Kenyan taxi driver, but the prosecution
is bound to struggle in the absence of proof that the trio was killed.

A round of changes in the senior management at the Nation Media Group is also seen to be an extension of the changes President Ruto has been seeking. The biggest casualty of the changes was veteran journalist Mutuma Mathiu, who has left the post of Editorial Director and is now Consulting Editor. He was replaced by Joe Ageyo, who was previously the Managing Editor at NTV.

It was evident from the celebrations by Dennis Itumbi, who was in the Kenya Kwanza campaign team, that Mr Mathiu had been a thorn in the flesh of the coalition. Kenya Kwanza has been critical of the Nation Media Group, and especially Daily Nation, its flagship publication, for its apparent stance against Dr Ruto’s candidature.

They have accused Daily Nation of working with the civil servants, key amongst them Mr Kinoti, whose work they say was weaponised against President Ruto and his supporters. The admission by Director of Public Prosecutions Noordin Haji that he was under pressure from Mr Kinoti to prosecute
Deputy President Rigathi Gachagua has further reinforced the belief by Dr Ruto.

If he continues the slow but steady unravelling of what they consider the ills of the last administration, it will be worth watching where he heads next, especially given that orders for special units are likely to be issued or authorised from top security organs. The argument by President Ruto’s supporters has been that he is keen on having a case where civil servants will not be involved in politics, and
especially not the politics of political change.